By Jerry Todd / The Western Center for Journalism
inShare8 During the 2008 Presidential campaign, Barack Obama made a briefly reported “gaffe” where he said he’d been in “all 57 states and had one to go, the 58th.” It got a laugh from most Republicans and was buried by the mainstream media.

Was our President sending a signal to folks who might interpret as intended?

Maybe it was just a coincidence, but it took me 4 years for it to click. (REF: Media Research Council – NY Times Watch, 11/15/2011 or Google it). Jump ahead to the 2012 Republican primaries when Rick Perry had a momentary lapse and couldn’t remember that the Energy Department was one of three agencies he wanted eliminated. The press had a field day – though not as bad as Dan Quayle’s using an alternate spelling of potato (potatoe), both gaffes are sufficient to destroy their political reputations by the pens of mockers and the wagging tongues of pundits. Now to the first week of June 2012 when I attended a talk by John Guandolo at a patriotic ACT! For an American veteran’s dinner.

Guandolo is an expert on the Muslim Brotherhood with an enviable service record from the Naval Academy, Marines, and Army Ranger School to the Washington Office of the FBI – Counterterrorism Unit. He currently has a security company that advises and trains police, military, and governmental agencies.

We learned the depths of infiltration of the Muslim Brotherhood (Al Qaeda is actually a subset) into all aspects of American society – including cutting off any (even Fox) news that might expose their agenda. He meticulously outlined the names of the perpetrators (dead and alive) and myriad universities, departments of government, and military agencies the MB has infiltrated. He flashed on the screen – The Organization of Islamic Cooperation (OIC). It has 57 member states! Two of us asked, “Is that Obama’s 57 states that we thought was a gaffe in 2008?” Guandolo responded, “You said it, I didn’t” and went on.

We are all familiar with Obama’s sympathies toward, if not belief in, Islam and his confrontations with Christian doctrine and sensitivities. Was his “57 States” remark a signal that all was well in the world of Sharia where its 58th member isn’t too far from joining its brethren? He also stated there is not one thing the MB infects societies with that does not comply with Sharia, including its American incursions. Military and government officials at all levels take a solemn oath to “protect and defend the US Constitution from all enemies, foreign and domestic.”

Sharia and the Constitution cannot co-exist. Period! Are Obama officials in the Military, Homeland Security, HEW, and attendant czars simply useful idiots or co-conspirators? Treason by default? Guandolo showed the overriding element that allows the whole MB program to work is Political Correctness – which I define as “the manifestation of the spirit of Antichrist!” How appropriate.
Posted by Diane Sori at 7:02 PM No comments:

Don't want to promote "Islamophobia," doncha know. Nothing does that like reports of Muslims committing atrocities against Christians and other non-Muslims in the name of Islam -- and of course challenging Muslim entities over this persecution is out of the question as far as this Administration is concerned. "State Department Purges Section on Religious Freedom from Its Human Rights Reports," by Pete Winn for CNS News, June 7 (thanks to Mackie):


The U.S. State Department removed the sections covering religious freedom from the Country Reports on Human Rights that it released on May 24, three months past the statutory deadline Congress set for the release of these reports.

Thus, the reports do not provide in-depth coverage of what has happened to Christians and other religious minorities in predominantly Muslim countries in the Middle East that saw the rise of revolutionary movements in 2011 in which Islamist forces played an instrumental role.

For the first time ever, the State Department simply eliminated the section of religious freedom in its reports covering 2011 and instead referred the public to the 2010 International Religious Freedom Report – a full two years behind the times – or to the annual report of the U.S. Commission on International Religious Freedom (USCIRF), which was released last September and covers events in 2010 but not 2011.

Leonard Leo, who recently completed a term as chairman of the USCIRF, says that removing the sections on religious freedom from the State Department's Country Reports on Human Roghts [sic] is a bad idea.

Since 1998, when Congress created USCIRF, the State Department has been required to issue a separate yearly report specifically on International Religious Freedom.

But a section reporting on religious freedom has also always been included in the State Department's legally required annual country-by-country reports on human rights--that is, until now.

Posted by Diane Sori at 6:50 PM No comments:

Report: 70 House Members to Call on DOJ to Investigate SWATting of Conservative Bloggers

Earlier today, Breitbart News reported that the recent SWATting attacks on several political writers and commentators have been gaining traction in the mainstream media:

Today, CNN featured a story centering around CNN contributor and RedState managing editor Erick Erickson, the latest victim in a series of incidents in which an imposter mimics the phone number of a target, then calls the police and confesses to a violent crime. Such confessions often result in law enforcement personnel, many times special weapons and tactics teams (SWAT teams), responding to calls with full force, risking the life and health of the target. This tactic has been called SWATting by the FBI.

Later, on his own radio show, Erickson played a recording of the 911 call that triggered the visit from law enforcement to his home.  He went on to describe the series of events that occurred on the evening of May 27th.  As he discussed the recent letters sent by Georgia Senator Saxby Chambliss and Texas Congressman Kenny Marchant calling on the Department of Justice to investigate the SWATting incidents, Erickson announced a breaking development regarding Congressional actions:


I have been told that Monday, the House of Representatives will engage on this and seventy or more members will formally be sending a letter to Eric Holder, asking him on behalf of these members of the house to also get the FBI involved.

During the latter half of Erickson’s program, Breitbart News contributor Lee Stranahan phoned in as a guest.  In the early morning hours of May 28th, only hours after Erickson’s SWATting incident, Stranahan hosted a live online podcast to discuss the SWATtings.  As Breitbart News reported earlier:


On the heels of Erickson’s SWATting on May 27th, 2012, Breitbart contributor Lee Stranahan decided to conduct a podcast late that same evening to discuss the incident; the podcast extended into the very early morning hours of May 28, 2012.  Stranahan had invited guest Patrick Frey, a deputy district attorney at Los Angeles County District Attorney's Office who also blogs under the pseudonym Patterico, to offer insight into his own experience as a victim of SWATting.  Frey was the target of a similar incident in June 2011, an account that Frey has detailed extensively at his own blog in recent weeks, in connection with the story of a much broader, prolonged campaign of alleged lawfare and harassment against a group of political writers.

What followed on the May 28th podcast was not only unexpected, but shocking.

Partway into the program, at about 49:28, a caller with an unidentified phone number greeted the two, and then claimed to be the swatter from Frey’s June 2011 incident.

As the two discussed the call that was made on May 28th into Stranahan’s podcast, Erickson stated that Stranahan’s caller sounded like it is the same voice that can be heard on the 911 recording of his own May 27th SWATting incident.
Posted by Diane Sori at 6:24 PM No comments:

Email ThisBlogThis!Share to TwitterShare to FacebookShare to Pinterest
Op-ed:
Drip, drip...the leaks are turning into a flood
By: Diane Sori 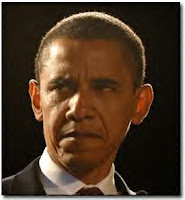 With a straight face on the verge of a smirk, Barack Hussein Obama stands before the media cameras and emphatically denies that the recent intel leaks of classified information about terrorist ‘drone kill lists’ and cyber-warfare against Iran's nuclear program was done to make him look good for his re-election bid.
"The notion that my White House would purposely release classified national security information is offensive," Obama said.

Not as offensive as you are, Mr. Obama, that’s for sure.

However, as the inquiry into these leaks continues, the tide is turning against Obama as the Justice Department’s National Security Division partly recused itself from the FBI inquiry, with Representative Mike Rogers, the Chairman of the House Intelligence Committee, rebutting that the recusal suggests that “some of these leaks could have come from sources within the D.O.J.”

Hmmm...DOJ involvement in yet another scandal; I wonder how Mr. ‘Fast and Furious’ himself, Attorney General Eric Holder, will try to squirm his way out of this one for as the head of the DOJ he’s up to his eyeballs in this.  Obama and Holder are again linked together in yet another scandal.

Want to end all this...does the word polygraph come to mind.  Make the whole damn Obama administration take a polygraph test and be done with it.  You could end the two scandals at the same time, and save us taxpayers a hell of a lot of money on the obvious dog and pony show that will go nowhere!  Somehow, some way, Obama and crew will get away with this just as they will get away with ‘Fast and Furious’ unless irrefutable information or a ‘plant’ comes forward.

During an election year when Obama cannot run on his domestic policy successes (because there are none), his jobs creation numbers (because any such numbers have been grossly over-inflated), or the economic recovery (because there is none), he is obviously trying to run on his foreign policy record and on an image of being a strong, no nonsense commander-in-chief, which BTW, he is not.

Even Mr. RINO himself, Senator John McCain, is calling for a special prosecutor to investigate the leaks he claims are designed to portray Obama as a strong leader on national security issues.

Obama knows that a special investigation and hearings, with all they entail, can sometimes take months or even years until a verdict is reached and that is just what he is counting on...a nice long, drawn out process that extends past November.

However, Mitt Romney believes Obama should take charge NOW in order to stop the leaks in their tracks and not put any more lives in danger because of those leaks.

"Leadership starts at the top.  It's his (Romney’s) sincere hope that the president is using all means at his disposal to put an end to this harmful practice," said Romney campaign spokeswoman Amanda Henneberg..

Of course Barack Hussein Obama will NOT do this, we all know it.  He will, however, continue to put on a phony look of consternation on his face and will continue to play the innocent victim before the TV cameras for he knows all too well that in an election year even negative publicity is better than no publicity at all.

And his people will continue to deny that any leaks were done for political purposes.

However, as Peter King, chairman of the House Homeland Security Committee says, "They can deny it all they want.  But it would require a suspension of belief to believe it's not being done for political purposes."

And ‘We the People’ agree.