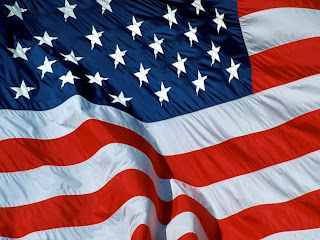 Here's something everybody can do to let Facebook know that our conservative voices will NOT be going quietly into the night.

Please go to the event page and click 'join'.  Invite your friends to join and please SHARE everywhere as there is strength in numbers.

Republicans in the Senate and House are expected to introduce a joint bill Friday that would limit the amount of ammunition that federal agencies are allowed to buy and stockpile over the next six months, the Washington Free Beacon reports.

The bill, titled the Ammunition Management for More
Accountability or “AMMO” Act, is being proposed after several lawmakers have voiced concerns about some federal agencies, like the Department of Homeland Security, seemingly stockpiling large quantities of ammo.

“DHS, for instance, has placed two-years worth of ammunition, or nearly 247 million rounds, in its inventory,” the Free Beacon notes.

In a statement provided to the Washington Free Beacon, one of the bill’s co-sponsors, Sen. Jim Inhofe (R-Okla.), said federal agencies must provide more “transparency and accountability” in regards to its “stockpiles of ammunition.”

“President Obama has been adamant about curbing law-abiding Americans’ access and opportunities to exercise their Second Amendment rights…One way the Obama administration is able to do this is by limiting what’s available in the market with federal agencies purchasing unnecessary stockpiles of ammunition,” the statement adds.

More from the Free Beacon:

[T]he legislation would prevent all government agencies except for the Defense Department from purchasing and storing what lawmakers say is an excess amount of ammunition.

The bill’s reach would include DHS and U.S. Immigration and Customs Enforcement (ICE), two agencies that have found themselves at the center of the ammo controversy.

“As the public learned in a House committee hearing this week, the Department of Homeland Security has two years worth of ammo on hand and allots nearly 1,000 more rounds of ammunition for DHS officers than is used on average by our Army officers,” Inhofe said. “The AMMO Act of 2013 will enforce transparency and accountability of federal agencies’ ammunition supply while also protecting law-abiding citizens access to these resources.”

An agency covered by the legislation would not be permitted to purchase or store more ammunition than that agency retained on average between 2001 and 2009, according to an advance copy of the legislation provided to the Free Beacon.

There have been more concerns over reports of DHS’s plan to purchase another 750 million rounds of ammunition over the next five years, despite having a two-year stockpile saved up. Meanwhile, gun shops across the country are reporting ammunition shortages.
Posted by Diane Sori at 11:18 AM No comments: