Wishing all my blog followers of the Jewish faith a very
Happy Passover. 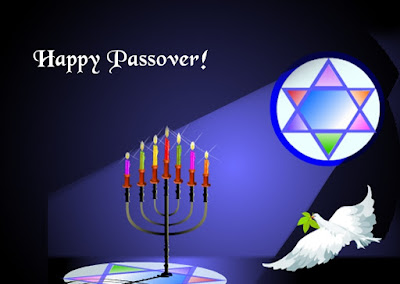 Email ThisBlogThis!Share to TwitterShare to FacebookShare to Pinterest
20 Questions You’re Not Supposed to Ask in 2018 America

As politics has become more tribal and geared toward demonization instead of debate, it’s amazing how many important questions don’t seem to be asked any more. Instead of discussing issues rationally, people are stuck in little boxes based on where they fall on an issue.

Whatever happened to actually assuming that there are two potentially legitimate sides to a debate and hashing them out based upon which one makes more sense? Of course, to do that, you’ve got to get beyond political correctness to ask the basic questions -- questions that are deemed racist, sexist, fascistic, etc., etc., as part of an effort to shut down necessary conversations. At the end of the day, if you want to actually prove someone wrong, you’ve got to engage him on his ideas and make better, more logical points. If you can’t even handle the basic questions so many people have, then maybe you don’t have the best ideas.

1) Are we really doing transsexuals a favor by pretending they can change into another gender and allowing them to mutilate themselves via surgery or are we actually setting them up for failure when we pretend that they’re not mentally ill?

2) Couldn’t you make just as good an argument that America is a matriarchy as a patriarchy? Life expectancy for women is 79 in the United States while it’s 72 for men. Men are expected to pay for everything on dates. Men are required to sign up for the draft; women are not. Divorce courts are notoriously stacked against men. Fifty six percent of college students are female and only 44% are male. In the United States, 78.8% of murder victims are male. In 2015, men suffered 93% of the workplace fatalities. In other words, if you want to claim one gender is at an advantage or disadvantage in the United States, doesn’t it almost entirely depend upon what factors you pay attention to and what factors you ignore?

“Prosecutors relied on a confession Ms. Salman gave F.B.I. agents in which she admitted she had known about her husband acquiring weapons, watching Islamic State videos and discussing possible locations in apparent preparation for the June 12, 2016, attack. Defense lawyers argued that Ms. Salman’s statement, obtained after more than 11 hours of questioning without […]
Read in browser »

Why Is the U.N. Defining Judaism As a War Crime?

The United Nations Human Rights Council just held its 37th session. And among the members’ discussion?

A call by several participating nations for blacklisting of companies doing business with the Jewish people — or, at least those Jews living east of Armistice Line drawn in 1949.

But that’s not the worst of it.

The worst is that the United Nations itself characterizes the state of being Jew — Judaism itself — as a war crime.

From United With Israel:

At the 37th Session of the UN Human Rights Council (UNHRC), multiple countries spoke to endorse one of the many anti-Israel reports calling for a blacklist of companies doing business with Jews who live east of the 1949 Armistice Line.

Email ThisBlogThis!Share to TwitterShare to FacebookShare to Pinterest
RIGHT SIDE PATRIOTS...for those who missed last nights show (or who just want to listen in again) where Craig Andresen and Diane Sori discussed John Bolton's appointment as National Security Advisor; the truth about last weekend's anti-gun march; and important news of the day...you can listen to it at your convenience on SoundCloud at: https://soundcloud.com/right-side-patriots-260798913/rsp-arch-3-30-18