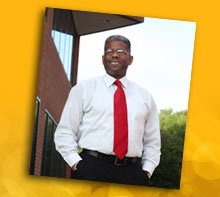 Dear Friend, We know Allen is willing to stand on principle and speak the truth regardless of the critics. We also know that having served in combat, Congressman West won’t be bullied or intimidated. When Patrick Murphy and his dad decided to launch an attack ad depicting Allen punching women and stealing cash, they apparently thought he would sit by and take it. They were mistaken. Today West for Congress released an ad responding to the Murphy’s despicable, racist attacks. The ad points out that Patrick Murphy has set a new low bar for negative campaigning to distract Florida seniors from his support for Obamacare. Obamacare cuts Medicare by $700 billion and threatens seniors’ ability to keep their doctors. Even worse, it empowers unelected bureaucrats to establish price controls, effectively telling seniors what treatments and procedures they can and cannot have. Allen won’t stand by and be attacked, and he won’t stand for Patrick Murphy’s attacks on seniors and the programs they have been promised. Please help set the record straight with a contribution of $250, $100, $50 or $25 to help keep this ad on the air and help us reach our pre-primary goal!

"Who are the Taliban? They are the defenders of Islam and they follow the true Islamic Shariah. What’s wrong with what they do?"

Doubtless Imam Feisal Abdul Rauf, the U.S.'s most prominent apologist for Sharia, is jetting to Peshawar as we speak, in order to explain to the Taliban and to the local union boss, Niaz Ahmad, that they are misunderstanding Sharia, and that it is actually benign and fully compatible with Western notions of human rights.

"Taliban jihad literature: What’s read in Afghanistan is printed in Pakistan," by Taha Siddiqui for the Express Tribune, August 13 (thanks to David):


Outside Peshawar’s mosques, after Friday prayers, magazines with articles and pictures of attacks by the Afghan Taliban and violence carried out by Nato forces are distributed, most of the time for free. The magazines are usually accompanied by guidance on Shariah law.

These magazines are available in a number of languages including Urdu, English, Farsi and Dari, reaching out to a wide-ranging audience. One such magazine in Urdu, called Nawaa-e-Afghan Jihad, published last month, has pictures of an attack in June on a hotel in Kabul.

Part of the caption below it reads:

“The Islamic Emirate’s “Fidayeen” attacked a hotel on 22nd June, 2012 in the Green Zone of Kabul killing 25 crusaders and 9 Afghan officials. Along with this, dozens of security personnel were also doomed to hell.”

Although in Pakistan such literature has gone under the radar due to a crackdown by law enforcement agencies, in Afghanistan, this material continues to flourish in provinces along the border including Kunar and Khost, according to locals from these areas.

Near the historic Qissa Khwaani Bazaar in Peshawar is a printing press market aptly called “Mohalla Jangi,” which means the “Neighbourhood of War”. A narrow lane leads inside to around 2,000 printing presses, busy churning out paper printed with whatever has been ordered by the customer.

Ostensibly, the shops here print school books, government publications and promotion material for the development sector, the majority of which is distributed in Afghanistan. But behind closed doors, the industry here also caters to Afghan jihad literature.

Umer, who has run a business here for the last 15 years, says Taliban literature gets printed regularly from his market. “For those who take such orders, it’s just business. Times are bad and some printers need the money,” Umer adds.

Most of his clients are also from Afghanistan, but Umer claims he only takes orders from the development sector. “Those two buildings over there, they have printing presses in them,” says Umer, pointing to a building nearby that looks like a residential complex. “They have tried to hide what they are printing by not having the machines out in the open. But here at the market we all know some of the jihadi magazines originate from here,” he claims.

Just last month, one of the printers from this market was picked up by law enforcers on suspicion of printing Pro-Taliban material. Although he has returned, he refuses to meet with the press and has not come to the market since he was freed.

Another printer, Murad, says around four to five of the businessmen here take orders from the Afghan Taliban. “Peshawar is the first choice for anyone coming from Afghanistan. But now with police harassment of Afghans increasing in Peshawar, most head to Lahore, where the local police cannot distinguish between them and Pashtuns from Pakistan,” Murad adds.

Murad and Umer both know who are behind such literature, and even though they don’t like it, they don’t complain. “The Pashtun community is based on the system of revenge and if I complain against someone, their family may come after me or my family,” Umer confides.

Meanwhile, the union representative of the area, Niaz Ahmad, justifies the printing of such material. “Who are the Taliban? They are the defenders of Islam and they follow the true Islamic Shariah. What’s wrong with what they do?” Ahmad asks....

Posted by Diane Sori at 2:24 PM No comments:

Palin: Tea partiers have 'no choice' but Romney

'Of course they're going to go with anybody but Obama' 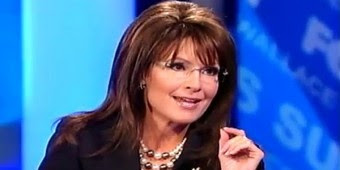 After a long and sharply contested GOP primary battle, many Republicans, conservatives and tea-party types have been left questioning whether they can, in good conscience, vote for Mitt Romney in November.

Romney’s statements as a former advocate of legalized abortion, his hotly contested record on same-sex marriage and his health-care reforms while governor of Massachusetts – sometimes maligned as “Romneycare” – have left conservatives uncertain if the presumptive Republican nominee is really one of their own.

Tea-party darling and former GOP vice presidential candidate Sarah Palin, however, is basically dismissing the concerns, telling Fox News Channel’s Shannon Bream that Romney has the Republican Party’s conservative base in the bag.

On “America’s News Headquarters” over the weekend, host Bream asked Palin if Romney’s choice of Rep. Paul Ryan, R-Wis., as running mate would help persuade those “not completely sold” on the name at the top of the GOP ticket.

“A lot of maybe Tea Party patriots have understood, wisely, that they’ve had no choice,” Palin answered.

“Of course they’re going to go with anybody but Obama, and now, yes, I believe that there will be a strengthening, more enthusiasm, because [of] this ticket.”

When asked how Romney needs to “coalesce” his message to communicate with voters, Palin doubled down on the notion that the GOP base is secured.

“It’s all about the independents, Shannon,” Palin said. “We don’t have to just keep on preaching to the choir, there, of the hardcore base of fiscal conservatives within the Republican Party – we got ‘em; Romney’s got ‘em. We’ve got to reach the independents.”

According to the latest polling data from Rasmussen Reports, however, Palin’s claims may be more predictive of voting in November than descriptive of the current divide within the Republican Party.

Rasmussen’s most recent poll on the question of voter enthusiasm found that only 16 percent of Republicans believe Romney and Obama are the best two options to be running for president, only 35 percent will affirm excitement about the match-up and a sobering 46 percent of all voters believe they “will simply be voting for the lesser of two evils this November.”

When asked if she would endorse and stump for the presumptive GOP ticket, Palin responded, “Oh, 100 percent in support; I’m all in for Romney and Ryan.”

Bream’s interview with Palin can be seen below:
http://www.wnd.com/2012/08/palin-tea-partiers-have-no-choice-but-romney/
Posted by Diane Sori at 1:47 PM No comments:

For anyone living in Florida Congressional District 23 who hasn't voted yet...please get out and vote KAREN HARRINGTON. KAREN is the ONLY one that can send Debbie Wasserman Schultz packing! 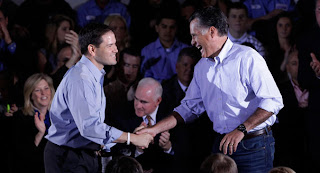 Just back from my first shift at the polls for KAREN HARRINGTON.

Been in the hot Florida sun since 6:30 this morning...time to cool off a bit and give you all some news I am sooooo excited about...