In a video posted by Real Clear Politics on May 24, 2012, it shows that Barrack Obama is either a liar, completely out of touch, or he just doesn’t understand basic math.  You know… the kind with numbers. In parts of his speech, the President had the nerve to say,

I don’t know how they’ve been bamboozling folks into thinking that they are the responsible, fiscally-disciplined party. They run up these wild debts and then when we take over we have to clean it up,” Obama said. “And then they point and say, ‘Look how irresponsible they are.’ Look at facts, look at the numbers. And now I want to finish the job…”


The Debt rose $4.899 trillion during the two terms of the Bush presidency. It has now gone up $4.939 trillion since President Obama took office.”

Mathematically speaking, he’s twice as fiscally irresponsible than Bush ever could have been.

This shows that Obama will grossly outspend Bush by the time he leaves office.  So, if Obama is attempting to bark up this tree once he is realizing that going after Bain Capital isn’t working for him; then we should remind him to be a big boy and use his numbers.

Obama says, “Look at facts, look at the numbers.” Well, Mr. President, I just did.  If this is what he means by “clean it up”, I’d hate to see the way our financial situation looks like if he actually finishes the job.
Posted by Diane Sori at 9:14 PM 1 comment:

By Doug Book / The Western Center for Journslism
inShare7 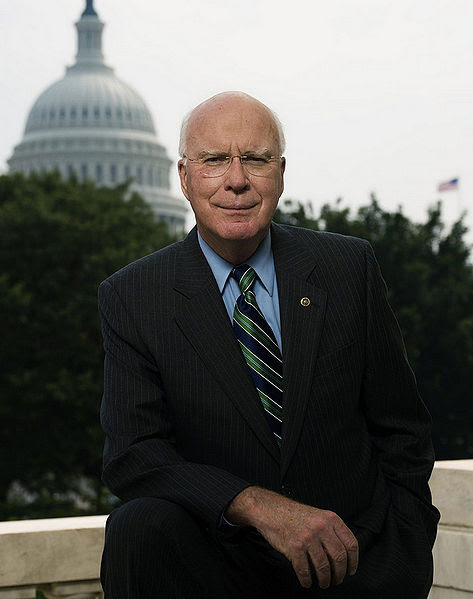 Two months ago, Barack Obama decided he could intimidate the United States Supreme Court into finding his namesake healthcare plan Constitutional. Overturning the Affordable Care Act “…would amount to an unprecedented, extraordinary step of judicial activism” said the President at a rare White House news conference, adding “…I’m confident that the Supreme Court will not take what would be an unprecedented extraordinary step of overturning a law that was passed by a strong majority of a democratically elected Congress.”

Though someone with the hyper-arrogant mentality of the Manchurian Candidate doesn’t really need a reason to direct this sort of psycho-babble at a presumptive enemy, Obama was probably responding to information provided by far left Justice Elena Kagan that the Court’s closed-door, preliminary vote on ObamaCare had not gone very well. Each Friday, the 9 justices gather for an initial vote on the cases heard during the week. And although these weekly conferences are to be strictly confidential, it’s a safe bet that Obama’s Court stoolie was on the phone with the White House minutes after its conclusion.

However, as this preemptive strike on the court was met with a nationwide flurry of criticism even from a number of his media supporters, Obama made no further reference to the prospective ruling.

But on Monday, a new county was heard from. Dedicated leftist Senator Patrick Leahy directed a 2000 word dissertation at the Court from the Senate floor, selecting as his principle target Chief Justice John Roberts. “The constitutional challenge to the Affordable Care Act is the current instance in which narrow ideology and partisanship are pressuring the Supreme Court to intervene where it should not,” claimed Leahy, making clear his view that the Court has no business interfering with a Congressional assault on the Constitution. The senator advanced the 2000 Bush/Gore decision as an example of the sort of “judicial activism” that “shook the confidence of the American people in the Supreme Court.”  He ridiculed conservative justices for their tough questioning of principle ObamaCare advocate Solicitor General Donald Verilli during oral arguments, stating “their action will not help restore American’s confidence in the Court to fairly apply the law.”

And he alternately praised and threatened the Chief Justice, literally claiming that if Roberts joined other conservatives in a 5-4 decision against ObamaCare it would “…undoubtedly further erode the reputation and legitimacy of the Supreme Court.”

But what prompted Leahy’s sudden decision to lecture the Supreme Court as to its proper role in government? Was it a last ditch effort to intimidate justices into finding ObamaCare constitutional? Or has Kagan perhaps advised Democrats that Roberts is “wavering” a bit, leading Leahy to believe his misguided, nonsensical claims might persuade the Chief Justice to decide in favor of passage?

Since its enactment in 2010, liberals have believed the Affordable Care Act to be a sure thing to pass Constitutional muster. They were stunned when Justices took offense at the law’s contempt for individual liberty during oral arguments. After all, how could forcing Americans to purchase something they don’t want be unconstitutional if it’s for their own good!

If 5 Justices rule the ObamaCare individual mandate unconstitutional, the American people will hear a wailing and gnashing of teeth unequaled since the pro-Gore efforts of the Florida Supreme Court were undone after the 2000 election. We will be in for some very entertaining days.
Posted by Diane Sori at 4:38 PM No comments:

In an election year in which the economy ranks as Americans’ top concern, presumptive Republican presidential nominee Mitt Romney holds significant advantages over President Obama among white voters who are struggling financially and buffeted by job loss, according to a new Washington Post-ABC News poll.

Asked which candidate would do more to advance their families’ economic interests, middle-class white voters who say they are struggling to maintain their financial positions chose Romney over Obama by a large margin — 58 percent to 32 percent. 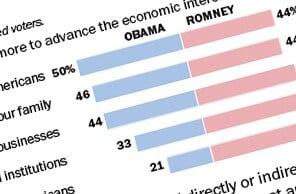 Voters split evenly on whether President Obama or Mitt Romney would do more to help their families financially, but big majorities see the Republican as doing more to help wealthy Americans and Wall Street, not necessarily a win for the former governor.

The former Massachusetts governor has a similar advantage on this question among white voters who have lost a job in recent years, or who have seen a family member or close friend face unemployment.

Nonwhite voters, struggling or not, give Obama huge leads over Romney when it comes to looking after their families’ financial interests.

The results underscore a continuing challenge for Obama and the Democratic Party with white voters, and particularly those without college degrees — who, according to the Bureau of Labor Statistics, are significantly more likely to be unemployed than those with higher education.

Indeed, among whites who described themselves as struggling to maintain their economic footing — regardless of their current class — nearly seven in 10 lacked a college diploma. And although they lean more Republican than the population in general, it is a group that neither party can ignore. In the new poll, 31 percent of these voters described themselves as Republicans, 27 percent as Democrats.

In 2008, Obama lost whites without college degrees by a big margin, 58 percent to 40 percent, according to the national exit poll. That performance among such voters was similar to John F. Kerry’s in 2004 and Al Gore’s in 2000.

“The question is by how much.”

One factor that may help the president is that, in the 14 or fewer swing states likely to determine the outcome of the election, unemployment rates have dropped more sharply than they have for the nation as a whole.

But the extended economic hardship many Americans are facing — across racial and partisan lines — makes those who are vulnerable a particularly important target group for both campaigns.

The president’s reelection team is attempting to portray Romney as out of touch with and unsympathetic to the anxieties of middle-class Americans. A much-talked-about Obama campaign advertisement airing in Ohio depicts Bain Capital, a private-equity firm that Romney founded, as a “vampire” that sucked the last financial lifeblood of failing companies at the expense of their workers.

All of the people featured in the ad criticizing Bain appear to be white.

The spot, however, has brought criticism from within the president’s party, including from Edward G. Rendell, a former Pennsylvania governor and Democratic Party chairman. They have expressed concern that the tone of the attack will make the party appear to be opposed to the private-equity industry, which is an important player in the national economy and a major source of campaign contributions.
Posted by Diane Sori at 3:29 PM No comments:


Dear Mr. Obama (sorry but I just don't respect you enough to call you Mr. President),

I turned on FOX and Friends this morning and there was a clip of you saying that under your administration federal spending has increased the LEAST in the past 16 years!!! INCREASED THE LEAST...what planet are you living on!

What about the $800 billion Wall Street and corporate bailouts that included $100 billion in pork spending, the $140 billion TARP (Troubled Assets Recovery Program) bank bailouts, the $40 billion used in the government takeover of the auto industry, and that doesn’t even include all the monies you funneled into your abomination of a health care law known as ObamaCare.

With all this and so much more, plus the increase in the national debt used to cover all your spending, handouts, freebies, and failed policies, in NO way has federal spending increased the least under your administration...it’s increased the most...you know it, I know it, and ‘We the People’ know it.

Mr. Obama, it’s obvious that you’ll say and do anything to try and get re-elected but come on...the bold faced lies you tell even have some of the sheeple laughing!

Now I think it’s time ‘We the People’ remind you even while you travel the country on our dime spreading your lies and pushing your socialist agenda, that you still have a job to do in the five and a half months left in your miserable presidency.  So, instead of spewing your lies, your job is to remember that capitalism NOT socialism is what made America the most powerful economic nation in the world and at least try to allow the public and private business sector to succeed by creating even just a few jobs that do NOT involve being on the government payroll; your job is to definitely NOT raise our taxes as we’re Taxed Enough Already (yea TEA Party); your job is to seal our borders so it’s LEGALS yes...ILLEGALS no; and your job is to implement ‘drill baby drill’ like right now.

It’s hard to believe that after three and a half years in office you still have to be reminded that your job is to make sure American interests are put before those of our enemies; that you must NEVER apologize to the enemy for the actions of our military when we are at war; that you have to assure that our military is well funded and do the right thing for our returning soldiers and NOT cut the benefits they so rightly earned.

Mr. Obama, ‘We the People’ love our freedom, our rights, our guns, and our God, and we have NO use for your socialist agenda, your planned islamization of America, your muslim brethren, your ObamaCare monstrosity, your failed Green policies, your Agenda 21 garbage, or your New World Order rule of law where you set yourself up as judge, jury, king, and demi-god.  We’d like to keep America the way our Forefather’s intended America to be...you know...”one nation under God (NOT under allah) with liberty and justice for all.”

It’s just so sad that truth and honesty are strangers to you, Mr. Obama, but guess what...you are about to be hit with both BIG time on November 6th when ‘We the People’ honestly let you know how we truthfully feel about you!

Yours in disgust,
A proud voter for Mitt Romney
Posted by Diane Sori at 2:09 PM 7 comments: