Today, June 14th is FLAG DAY and what better way to honor
our flag and our beloved country then with these words. 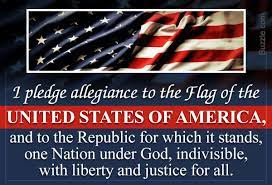 Let me begin by saying that I am not anti-vaccine as I know well how many millions of lives vaccines have saved. I and my family have all had the required vaccines and I would recommend getting the standard vaccine protocol ranging from but not limited to the polio vaccine, the MMR series, the DPT series, the meningitis vaccine, the tetanus shot and boosters, etc...including when needed certain additional vaccines when one plans to  travel abroad. Simply, I'm speaking of the usual barrage of FDA approved and AMA recommended vaccines...vaccines that have proven to be both safe and effective after years if not decades of testing. But here is where I have a problem with the Covid-19 vaccine...“the jab” as it's now more commonly known...for while it usually takes the FDA years to formally approve a vaccine for general use, in the case of “the jab” we are talking about a vaccine rushed to market in well under a year.

And while I am no doctor nor do I pretend to be one, let me start by playing doctor just for a bit because sometimes having even a little learned medical knowledge does prove more beneficial to oneself and one's health than listening to Dr. Fauci spew medical lies about a vaccine not truly proven to be safe nor even proven to be what's truly needed.

So let's start with the fact that “the jab” does not...I repeat not...have full FDA approval regarding effectiveness nor safety as all three currently in use Covid vaccines...the Pfizer, Johnson and Johnson, and Moderna vaccines... were only given what's called “limited use approval,” meaning for “emergency use authorization.” And said “emergency authorization” simply means for use while the vaccines are still undergoing supposedly “rigorous” testing regarding their actual safety, along with the excuse for “emergency use” being that at this present time, as per so-called government experts, “there are no adequate, approved, and available alternatives.” And yet there are and always were numerous medications that have long been safely used to treat other diseases that are now proving to be highly effective against Covid-19, medications like ivermectin for example, a medication kept from the public discourse by the CDC and by Dr. Fauci simply because, I believe, treating Covid-19 both successfully and cost effectively with but a simple course of pills does not meet the Democrats well known politically leftist, you must obey or else, agenda.

Now add in this fact, the Covid vaccines have not been proven to totally prevent one from getting infected. And why...because those vaccinated can in some cases still infect others, as they themselves can still catch the virus, albeit presenting with much less severe symptoms than if unvaccinated...or they can even be asymptomatic...as in harboring the virus but not showing any obvious outward symptoms of said virus. And it's this that has led some in the medical profession to believe that it's vaccinated folks who could possibly be more of a threat to we unvaccinated folks than we unvaccinated folks are to vaccinated folks...a true conundrum indeed.

Now at this point it's important to remember that most vaccines on the market today are what's called recombinant vaccines, meaning vaccines based upon ether highly purified recombinant proteins...as in a manipulated, meaning cloned, form of a protein used to produce large quantities of proteins via the modification of gene sequences which might lead to the “expression” of a mutant protein...or said vaccines are based upon subunits of pathogens...as in minuscule amounts of an actual disease...read virus here...with both being used to kick start, if you will, ones immune mechanism to help fight off a disease. However, in the case of the Covid vaccines, as I understand it, a gene is “swapped” from SARS-CoV-2...the virus which causes among other things the common cold...so that when the vaccine is given to someone the now modified cold virus makes the SARS-CoV2 protein, which in turn stimulates the hoped for immune response to Covid-19.

Not such a cut and dry vaccine now is it.

And here's yet another conundrum...while both DNA and RNA vaccines are not yet fully approved for use in we humans, why even bother to create an RNA based Covid vaccine instead of a DNA based vaccine what with DNA based vaccines currently in clinical trials proving to be easier and way more inexpensive to produce. Not only that, but a number of those clinical trials have already proven DNA based vaccines to be effective in veterinary use, cancer immunotherapy use, and also for possible use in preventing influenza, hepatitis B and C, HPV, and malaria. And there's also the fact that it's RNA vaccines not DNA vaccines that might actually change an individual on a DNA level...a level which we still don't know the long term effects of. And that's a question that should be answered...a question that even the CDC has proposed on its own website.

Also, there's the fact or conundrum if you will, that while DNA and RNA based vaccines currently being developed and tested are proving to work in a somewhat similar fashion as far as immunizing an individual is concerned, there remains key differences between the two. For example, with a DNA based vaccine having the ability to stimulate both the humoral and cellular arms of the adaptive immune system...simply, as in much needed antibody production...the virus’ genetic information targeted is transmitted directly to another molecule that's called the messenger RNA (mRNA), an additional step that RNA vaccines basically circumvent. Simply, in this case the mRNA component of said vaccine would go directly into the cell, which the cell then translates into proteins, and it's these proteins that would induce an immune response, but with a DNA based vaccine the message would be delivered via a small electrical pulse. And it's this pulse which pushes, if you will, the message into the cell while allowing said vaccine to be very stable at much higher temperatures, something today's Covid vaccines are not. 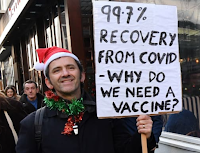 And let's not forget that common sense should dictate that the above stated facts alone would make a DNA based vaccine much safer to use that an RNA based one especially when dealing with mass immunizations that are given over both a shorter period of time and in diverse and sometimes quite inhospitable remote locations. But even more important in regards to what is the Covid-19 politically motivated and media generated vaccine arena is that common sense should also force one to see that anyone even considering “the jab” needs to take a step back and rethink their decision after I tell you that the vaccines now being “jabbed” into the blindly following masses arms were actually mass produced even before clinical studies and clinical trials were complete. And the reason why as per our government...simply to save time, get the masses vaccinated and under control, and deal with any ramifications and fallout that might arise after the fact.

Now this leads me to wonder why said fallout...as in the real number of folks who've had serious reactions which includes a number of deaths...after not so voluntarily having rolled up their sleeves for “the jab”...have been played down by the media and by the government talking heads. Would these reactions have happened if not for the fact that the vaccines were rushed to market in an effort to try and counter what amounted to Democrat dirty political dealings...rushed to market unbeknownst to President Trump via cost cutting but profit producing procedures instead of putting time tested but more expensive safety measures into place before the first “jab” was even given.

And it's this which has me the most worried for when fighting a virus...especially a virus that I honestly believe was genetically manipulated and engineered for use as a bio-weapon of sorts...our governmental powers that be force upon us a rushed to market vaccine instead of a much needed antidote. And this sadly tells me that our government has no real intention of getting said virus truly under control, that is unless the control mechanism itself is the government's probably soon to be mandated, who knows what's really in it, Covid-19 vaccine.

And with my not being a human guinea pig ripe for leftist indoctrination picking, so too am I surely not like the proverbial lamb happily being led to slaughter. So lining up for “the jab” is the one line I can assure you, dear reader, that I will never be party of...and hopefully neither will you.

Tomorrow, Tuesday, June 15th, from 7 to 9pm EST, RIGHT SIDE PATRIOTS Craig Andresen and Diane Sori discuss 'Why No Jab For Me'; 'Wokeism - Dividing America'; and important news of the day.