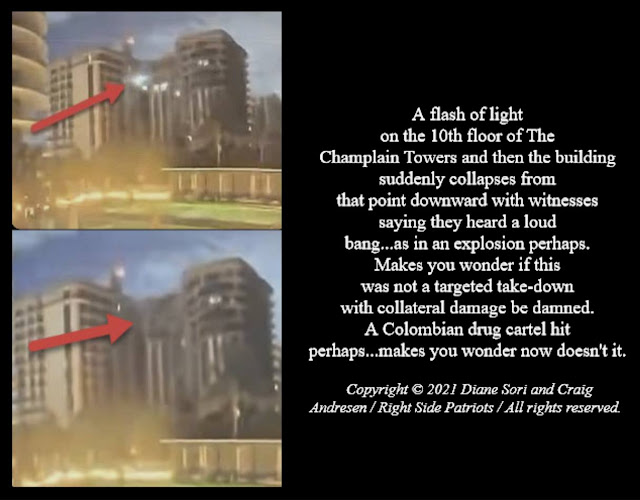 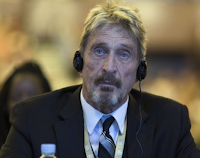 As was recently reported, John McAfee, founder of the antivirus software program, was found dead inside of a Spanish prison on Wednesday. Guards found him hanging from his cell, his death ruled a suicide. His widow, Janice McAfee, is demanding a "thorough investigation," for "answers about this was able to happen," Renata Brito and Aritz Parra reported for AP.

On Friday, while outside of the prison where her husband died, McAfee referenced how a request from the United States for John McAfee to be extradited had just been granted by a court.

“We had a plan of action already in place to appeal that decision,” Janice McAfee told reporters. “I blame the U.S. authorities for this tragedy: Because of these politically motivated charges against him my husband is now dead.”

The National Court judge said John McAfee had provided no evidence to back his allegations that he was being politically persecuted. “On the contrary...Read entire article and see tweets here: https://townhall.com/tipsheet/rebeccadowns/2021/06/25/mcafees-widow-demands-thorough-investigation-into-husbands-death-says-last-words-not-words-of-somebody-who-is-suicidal-n2591617

Email ThisBlogThis!Share to TwitterShare to FacebookShare to Pinterest
Biden's capital gains tax plan would push US rate to one of highest in developed world
Biden has proposed raising the capital gains tax rate to 39.6% from 20% for millionaires
Megan Henney FOXBusiness

Wealthy Americans could pay one of the highest taxes on capital gains and dividends in the world if President Biden's sweeping tax and spending plan becomes law.

Biden has proposed raising the capital gains tax rate to 39.6% from 20% for millionaires; coupled with an existing Medicare surcharge, federal tax rates for the wealthy could climb as high as 43.4% – pushing the levy on returns to one of the highest in the developed world, according to a new analysis published by the Tax Foundation,

Ireland – with a 51% tax on dividends – would be the only developed nation to impose a higher tax on investment income. On average, nations in the 38-member Organization for Economic Cooperation and Development levy a marginal tax rate of 24.4% on dividend income.

Email ThisBlogThis!Share to TwitterShare to FacebookShare to Pinterest
RIGHT SIDE PATRIOTS...PODCAST
For those who missed last night's show where RIGHT SIDE PATRIOTS Craig Andresen and Diane Sori discussed 'On Bats, Defectors, and Other Things;' 'Gay Pride and Liberal Prejudice'; Chauvin Verdict Announced; and building collapse in Surfside FL...you can listen to it (and previous shows) at your convenience at: https://www.rspradio1.com to go directly to our podcasts and hope you become 'followers' of RIGHT SIDE PATRIOTS.