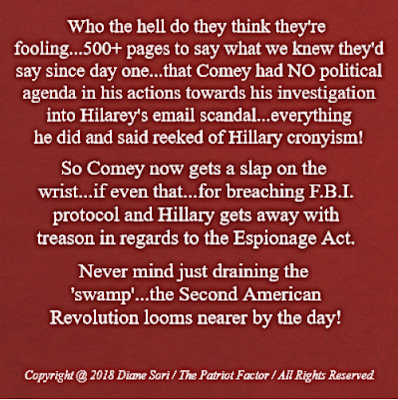 Posted by Diane Sori at 5:22 PM No comments: 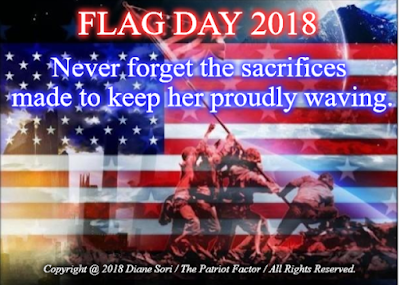 A federal judge on Monday ordered Washington state prisons to provide nighttime meals to Muslim inmates observing Ramadan….The ruling comes in response to a lawsuit from the Muslim advocacy group the Council on American-Islamic Relations (CAIR), which accused the state’s corrections department of violating inmates’ constitutional rights. There have been similar requests, lawsuits and accommodations […]
Read in browser »

As I note in the tweet below, the enemedia’s reception of President Trump’s remarkable meeting with North Korean dictator Kim Jong-un and North Korea’s agreement to end its nuclear program is in stark contrast to that same media’s ecstatic response to Barack Obama’s disastrous Iran deal. But in Iran, they were screaming “Death to America” even as the deal was being signed. This case is completely different: there is every sign that North Korea is ending its belligerence. But the enemedia is now suddenly crying for the verification that they couldn’t have cared less about in regard to Iran.

Their hypocrisy is stark and glaring.

Laughable. The enemedia and leftwing goosesteppers CHEERED a catastrophic nuclear deal with an unrepentant, unremorseful murdering theocracy who spit in our eye as we doled out billions to them & continue to incite war against us. Kim groveled before us, Iran spit on us. #effoff https://t.co/UHppoOTXx8
— Pamela Geller (@PamelaGeller) June 13, 2018

Read entire article here: https://gellerreport.com/2018/06/kim-de-nuking-quickly.html/
Posted by Diane Sori at 9:10 AM No comments: 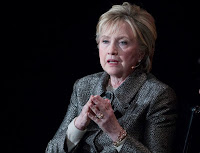