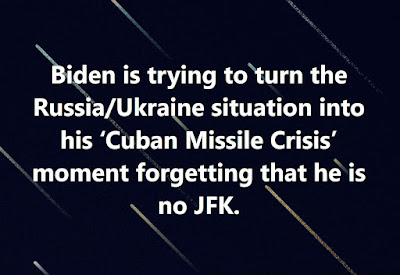 The Case For Citizen's Arrest

Our beloved America is in trouble...and it's on a scope most never thought possible...as we bear witness to our freedoms being stripped away by those in government whose allegiance is not to the Constitution but to socialism bordering on in-your-face communism. And even one's private thoughts and actions are being manipulated by those whose quest for power is so all consuming that even what was once considered acceptable public discourse is now at the mercy of “Big Brother” style censorship. And so it seems, at least on the surface, that we have become a nation of cowards too afraid to say the word “no”...too afraid to take tangible action or even to consider taking legal action against taskmasters with a decidedly anti-American agenda.

And yet there has always been an option at hand...an option that at first many will snicker at...yet it's an option that can work if presented and handled the right (as in legal) way. And here I'm referring to the option known as “citizen's arrest,” whereby a private citizen can not only make a formal chargeable arrest instead of that arrest being made by a sworn law enforcement officer, but an arrest where said citizen does not have to fear that they themselves will be held civilly liable for “interfering” with another person’s “interests.” And here said “interests” pertain to the committing of a felony...a felony such as but not limited to assault, battery, and false imprisonment...a felony action on legal par with an arrest made by a police officer without a warrant.

“Citizen's Arrest” is an interesting option indeed as is outlined in "Cornell Law School's Legal Information Institute." Now catching the media's attention...to a limited degree that is...it's all courtesy of the arrests and convictions of ex-police officer Gregory McMichael, his son Travis McMichael, and their neighbor William Bryan, who all claimed under oath that they were attempting to make a “citizen’s arrest” with the purpose being to question Ahmaud Arbery, a 25-year old black man, when they saw him jogging through a predominately white suburban neighborhood in Brunswick, Georgia, an area seeing a resurgence in break-ins of late. Saying that Travis McMichael feared for his life when he fatally shot Arbery, thankfully evidence showed that the three men chased down Arbery, who responded with force only when they accosted him.

Finally admitting that they had not witnessed Mr. Arbery committing any crime that day or on any other day became a key point in their convictions and is the key point regarding a “citizen's arrest” actually being a possible means by which to help stop the Biden administration's stripping away of “We the People's” constitutionally granted freedoms and rights. After all, the majority of our elected officials don't have the courage nor fortitude to do what needs to be done so maybe it's time we patriots do what they refuse or are simply unwilling to do...as in use our legal right to make a “citizen's arrest” in the name of crimes committed against “We the People.”

And with the legal scenario for a “citizen's arrest” to take place being that one must personally bear witness to a crime having been or is currently in the process of being committed, I first propose that Biden's vaccine mandates are a crime we are all not only bearing witness to but are being affected by on a daily basis. And I base this upon Biden's violating not only his oath of office to protect the “health, safety, and welfare” of “We the People,” but also his denying us our constitutional right to “life, liberty, and the pursuit of happiness.”

Simply, it's my opinion that Joe Biden's willingness to violate the Constitution, most especially our constitutionally granted rights and freedoms, is the most serious crime of all...a crime where if our elected officials won't act it's time that “We the People” do.

And while as private citizens we do not have the power to bring official charges of treason or malfeasance against Joe Biden or his minions, and even though a Republican mid-term win of both the House and the Senate is being projected almost across the media board, we cannot forget that voter fraud will surely, come November 8th, once again be the Democrat's order of the day. And so we must at least try to bring America's current nightmare to an end by any legal means possible with one of those possibilities being the use of what's called “citizen's arrest.”

But let me first say that sometimes in the course of things the most obvious way to solve a given problem does get hidden in plain site by diversions...diversions obviously not initiated by those being diverted but by those using a focused and well planned diversion as a means by which to try and mask their part in the crime being committed. And in the case of Joe Biden and numerous other key players...Dr. Anthony Fauci for example...the truth is not just being twisted but is outright being hidden from the public in order to try and legitimize that which they...as in the Democrats...know is not constitutionally legal. And when a truth of this nature and scope leads to a crime being committed, the list of players involved must widen to include those who helped stage and propagate the crime in question even if they are not the actual perpetrators of said crime.

And to that affect I first propose that, as per our following the wording of individual state laws, “citizen's arrests” of the parties involved can be a much needed adjunct in aiding our police...who courtesy of the Biden' administration's condoning and helping to perpetrate the “Defund the Police” movement...are not working up to speed through no fault of their own. All that's needed is being sure that all the legal i's are dotted and the t's are crossed... making this a means by which criminal activity might be somewhat remedied or at least tempered down a bit.

Second, we can under the banner of “false imprisonment” make the case that “We the People” are being held hostage...after all we have been basically imprisoned in our homes for over two years now due to Covid lies and political manipulation. Remember, unconstitutional mandates that deny us our right to “life, liberty, and the pursuit of happiness,” in addition to denying us our right to work if “unjabbed,” are the means by which the Biden administration has denied us the freedom to choose where we want to go; to see whom we want to see; and when we want to see them. If that's not “false imprisonment,” if that's not holding us against our will...holding us hostage...then I don't know what is.

And third, remember that the Fourteenth Amendment prohibits states themselves from depriving any person of “life, liberty, or property” without “due process of law.” But with Democrat controlled cities and states basically prosecuting no criminal element...especially black miscreants and thugs...in regards to the rioting, looting, arson, mayhem, and murder that continues to this day to go on in “blue cities”...equates to criminals and thugs taking control of said cities. And this in turn means that “blue” cities mayors have willingly allowed lawbreakers to break the law and then go unpunished, a criminal act in and of itself.

Again, if our elected officials won't do it, if our police can't do it because their hands have been what I consider to be illegally tied, then it's up to we citizens to call for a “citizen's arrest” of not only those who committed the above stated crimes, but those who let them get away with it. And, in my opinion, we have every right to do so as we've all witnessed those crimes being committed, as they're shown or reported on almost daily by the media... criminal activity is a ratings bonanza after all.


But even though we have a legal right to perform a “citizens arrest” if we've witnessed a crime taking place, when it comes to those in the upper echelon of our government a “citizen's arrest” of such a magnitude that it could not be ignored would probably have to be made with the media present. Also, to garner traction and give credence and credibility to said arrest it might just take a political person-of-name acting as a private citizen to actually be the one to make such an arrest. And to that end I have just the person in mind...Ron DeSantis, Governor of the “Free State of Florida.”

And why Gov. DeSantis...because he has the strength, the courage, and the fortitude, besides his having the legal background needed to “cross all the i's and dot all the t's” to pull such a maneuver off. Gov. DeSantis has already publicly stood up to Biden and crew in regards to Covid mandates, lockdowns, treatments, the “jab,” and such as well as taking Biden on in regards to the secretly flying of illegals into “red” states in the middle of the night unannounced and then dispersing them throughout the population. A man of character who honors and lives by our Constitution vs. a man who like his (I believe) puppet master...Barack HUSSEIN Obama...considers the Constitution null, void, and outdated...something Biden's actions prove almost on a daily basis.

And in DeSantis acting as a private citizen not as the duly elected governor of Florida, he would become the much needed catalyst that could help in starting a “citizens arrest” movement from coast to coast, a movement which I'm sure would greatly aid the police in reducing crime numbers and force district attorneys to do their jobs, as in pressing charges and forcing prosecutions of those being arrested. Remember, it is within our legal rights to be able to make such arrests...maybe all that was missing was a credible flag bearer to lead that very charge. Not snickering now are you. Case closed.

Tomorrow, Tuesday, February 15th from 7 to 8:30pm EST, RIGHT SIDE PATRIOTS Craig Andresen and Diane Sori will discuss 'The Case For Citizen's Arrest; 'Unmasking Liberal Hypocrisy'; and important news of the day.

Posted by Diane Sori at 6:59 AM No comments: