Today marks the 15th anniversary of the islamist attack
on the USS Cole that resulted in the deaths and wounding of 37 sailors...and Bill Clinton's lack of a serious response
signaled to terrorists worldwide that
when Democrats are in control of our country
America will do NOTHING of substance to stop them. 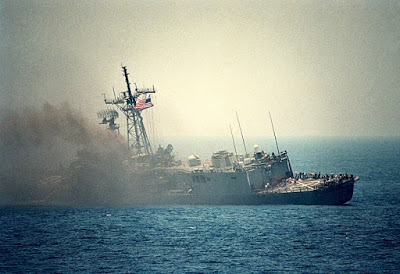 Posted by Diane Sori at 4:42 PM No comments:

Email ThisBlogThis!Share to TwitterShare to FacebookShare to Pinterest
Cigars for the Indy Fund


For those in the New York area who would like to support a very worthy cause for veterans, please see this flyer. This will assist severely wounded veterans with hyperbaric treatment. 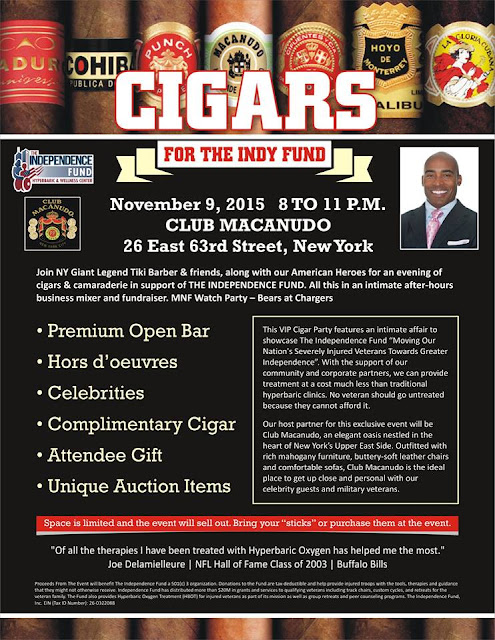 Posted by Diane Sori at 3:06 PM No comments:

Jazz Shaw, our friend over at our sister site Hot Air,  wrote about a looming decision about Second Amendment rights from the Supreme Court that could come as early as this Tuesday. It deals with Chicago’s ordinance that bans semi-automatic rifles that carry more than 10 rounds (via LA Times):


The justices on Friday were to consider the appeal in Friedman vs. City of Highland Park.

If they refuse to hear the appeal, the announcement could come as early as Tuesday morning. Such a decision would signal that cities have the authority to restrict high-powered weapons. But if the justices vote to take up the case, it would put in doubt the constitutionality of laws in other places, including California, that prohibit semiautomatic weapons.

"These are some of the most popular firearms commonly used by law-abiding citizens in America," said David H. Thompson, a lawyer for the Illinois gun owners who are challenging the assault weapons ban adopted in the North Shore Chicago suburb of Highland Park.

They lost before a federal judge and in a decision from the 7th Circuit Court of Appeals in Chicago. Now they are asking the high court to hear their appeal.
[…]

I want to support Marco Rubio, but today I can’t. He may not have burned all his bridges to us conservatives, but he charred the hell out of them with his flirtation with the Gang of Eight and his disingenuous embrace of amnesty. Right now, a huge and decisive bloc of conservatives will not vote for him. So, can he ever win us back?

Maybe. That depends on him. Entirely on him.

Rubio has plenty going for him. For one thing, he can talk – Rubio can put a sentence together without sounding like he’s in a cage match with the English language. He’s handled the baiting by that oaf Trump with aplomb and good humor – you can tell he’s been effective because The Donald has gone off to bully other targets.

Rubio comes off as personally likeable, though a bit goody-goody, like he’ll cry if he gets an A- on his history quiz. Sure he’s young, but everyone looks young compared to the Democrats’ commie cryptkeeper contingent.

Substantively, especially on foreign policy, Rubio is really sharp. He sounds like a president. You know the Democrats fear him because their media minions tried to kneecap him early on – “Psst, did you hear? Rubio bought a boat!”

US Conference of Catholic Bishops wants 100,000 Syrians admitted to US this year
By Robert Spencer / Jihad Watch


Elizabeth Smart, whose 2002 kidnapping terrified Americans, told jurors how a Salt Lake City police detective tried to see behind her veil but backed down when the man accused of kidnapping her said her face was hidden for religious reasons. With all the coverage of the Elizabeth Smart case, I bet you never heard this critical piece of information. And Canadian voters would be well advised to considered this in the upcoming election.
Conservative Leader Stephen Harper has said that his party will examine a wider ban on the niqab for federal public servants, in line with proposed...