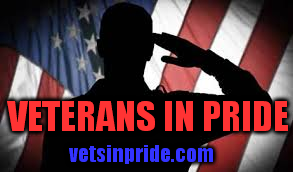 We at cprworldwidemedia.net are honored to work with founder James David Fox in this worthy endeavor. Please check it out as we hope that 'Veterans In Pride House' becomes a nationwide organization.

'Veterans In Pride House' is dedicated to the welfare and caring of our brave men* returning from the theaters of war. Located in Laurel Mountain Valley in the heart of Pennsylvania, four beautiful Victorian homes...one for each branch of service...have been renovated to meet their special needs.


'Veterans In Pride House' is committed to helping our homeless Veterans who have lost everything. Some Veterans are now disabled, but all are homeless. We provide PTSD (Post Traumatic Stress Disorder) counseling, three hot meals per day, and their own comfortable bed. Counseling sessions are both one-on-one, and in group. We also help the Veterans find jobs, and we have the availability to get them to their medical appointments. Many of our Veterans have lost limbs, and we are able to care for their special needs. 'Veterans In Pride House' also works with those Veterans who have trouble working through the maze of their disability income allotments, and we pick-up needs that their income does NOT cover.

Remember, many of our Veterans come home to find their families and homes are gone...so please consider helping these brave warriors return to a normal life, after all they gave their all for us, now it is our turn to give something back. https://www.gofundme.com/vetsinpride

* In the future 'Veterans In Pride House' also hopes to serve our homeless women Veterans as well, and to that affect fund-raising has already begun. https://www.gofundme.com/vetsinpride
Posted by Diane Sori at 9:08 PM No comments:

The measly number of jobs that the Obama economy created last month is raising new fears of a steeper employment decline this year and next.

The U.S. Labor Department's data gathering arm said employers added only 142,000 jobs in September, far less than the 201,000 jobs that were forecast.

BLS's estimate in August was revised downward, too, showing that the economy had produced only 136,000 jobs, not the 173,000 jobs originally reported.

July's jobs report was also revised lower from 245,000 to 223,000. The administration is big on revising job data, because the original, exaggerated estimate draws all the news coverage and the downward revision is ignored.

Taking Friday's revision into account, employment gains have averaged just 167,000 a month over the past three months. In a nation of 160 million working age adults, that is pathetic.

In a vote of 70-27, the Senate has approved the National Defense Authorization Act, a $612 billion defense spending bill.


The National Defense Authorization Act would allow the Pentagon to use some $90 billion meant for war spending to avoid automatic budget cuts to military and domestic programs due to take effect when current funding runs out in December.

Twenty Democrats sided with Republicans and voted in favor of the bill. In particular, the bill would prevent the transfer of Guantanamo Bay prisoners to the United States. The president reportedly wants to close the prison by the time he leaves the White House.

Republicans warn that rejecting this defense bill would be unwise, especially in light of recent national security concerns:


Sen. John McCain (R-Ariz.), the chairman of the Senate Armed Services Committee, said an Obama veto of the defense bill would be “shameful.”

“If the president vetoes the NDAA, at this time of mounting global threats, he will be prioritizing politics and process over the security of our nation and the well-being of our armed forces.”

Obama is, however, fully expected to veto the bill.

And since the Obama Administration continues in its resolute denial of the motivating and guiding ideology behind the global jihad, there is no possible way that DHS could effectively subject these refugees to “robust screening.” Any attempt by them to do so is foredoomed. “DHS Confesses: No Databases Exist To Vet Syrian Refugees,” Investor’s Business […]

Nuclear smugglers seek jihadi buyers: ‘I really want an Islamic buyer because they will bomb the Americans’

Pamela Geller / Atlas Shrugs
This report is chilling. Clearly it is not a question of if, but of when.

CHISINAU, Moldova (AP) — Over the pulsating beat at an exclusive nightclub, the arms smuggler made his pitch to a client: 2.5 million euros for enough radioactive cesium to contaminate several city blocks.

It was earlier this year, and the two men were plotting their deal at an unlikely spot: the terrace of Cocos Prive, a dance club and sushi bar in Chisinau, the capital of Moldova.

“You can make a dirty bomb, which would be perfect for the Islamic State,” the smuggler said. “If you have a connection...