President Obama deferred deportation Friday for thousands of Liberians living in the U.S., allowing them to remain in America for two more years rather than return to their Ebola-stricken homeland.In a presidential order, Mr. Obama extended the grant of “deferred enforced departure” for Liberians who have enjoyed safe haven status in the U.S. as far back as 1991, when their country was in the midst of a civil war.
Mr. Obama said there are “compelling foreign policy reasons” for his action; Liberia is one of three West African nations where the outbreak of the deadly Ebola virus is spiraling out of control.

“I have determined that it is in the foreign policy interest of the United States to defer for 24 months the removal of any Liberian national,” Mr. Obama said.

The civil war in Liberia ended in 2003 and the Liberians temporary protected status ended in 2007. President George W. Bush then deferred enforced departure of the Liberians, and Mr. Obama had extended that deferral through the end of this month.

With the president’s action Friday, eligible Liberians may remain in the U.S. and obtain work through Oct. 1, 2016.

Forgive me for not posting each news item separately, but there is too much jihad-related news to cover. But viewed as a whole, you can see the worldwide Islamic army approaching the war at the local/national level in pursuit of their global goal — a world under Islam.
Jihad is jihad. 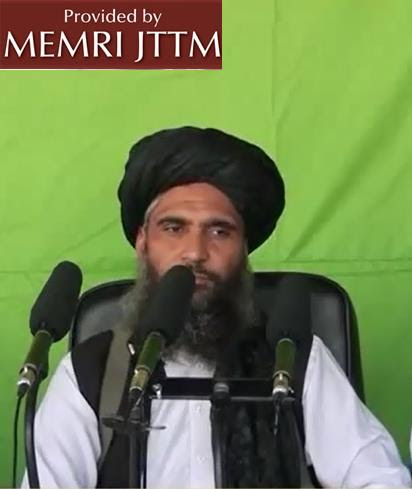 EXCLUSIVE: Jihadist Video Reveals Details On Pakistani Militant Commanders Behind Formation Of ‘Jamaatul Ahrar’, Says: ‘We Are Conducting Armed Struggle For The Enforcement Of Shariah In The Whole World’

Maulana Qasim Khorasani, emir of Jamaatul Ahrar Recently, a group of Pakistani Taliban militants led by Omar Khalid Khorasani, who has been removed by the Tehreek-e-Taliban Pakistan (TTP) from his post of the emir for...

This will become the foundation for more mainstream media stories about how the Islamic State is “too extreme” even for al Qaeda, as if it were evidence for the Obama/Kerry/Everyone claim that the Islamic State is misusing and misrepresenting Islam. In reality, it is nothing of the kind. Al Qaeda and the Islamic State do not differ one iota on Islamic State. This is pure party spirit, a competitor slamming the competition, the way an Umayyad spokesman would have slammed the Abassids in 750AD, when the latter supplanted the former.


A senior Al Qaeda official has urged jihadists to “rescue the ship of jihad” from Islamic State (IS or ISIS) Saturday, according to an audio message released Friday and translated by the SITE Intelligence Group.

Muhammad al Bahtiyti, also known as Abu Dujana al Basha, does not mention IS by name in the speech, but it is clearly aimed at the terror organization and former Al Qaeda affiliate.

“We call to restore the rightly-guided Caliphate on the prophetic method, and not on the method of deviation, lying, breaking promises, and abrogating allegiances – a caliphate that stands with justice, consultation, and coming together, and not with oppression, infidel-branding the Muslims, killing the monotheists, and dispersing the rank of the mujahideen [jihadists - ed.],” al Basha stated.

“Abrogating allegiances” likely refers to the split between IS and Al Qaeda earlier this year. Al Qaeda leader Ayman al-Zawahiri disowned the group – claiming it was too extreme – after ISIS leader Abu Bakr al-Baghdadi repeatedly ignored calls to end infighting between ISIS and the Al-Nusra Front, Al Qaeda’s official branch in Syria.

“I address my speech and my advice to my brothers on the frontlines in Sham [Syria] among those who have been deceived by slogans and titles, to use your heads and have insight, and to weigh the matters fairly,” al Basha continued. “Rescue the ship of jihad, and reach it before it deviates from its course and settles on the path of the people of desires. Strive to turn off the sedition and restore cohesion among the mujahideen.”

ISIS is part of a group of jihadist rebels that declared swathes of Syria and Iraq to be an independent Islamist state, leading to a second civil war between moderate rebels and jihadist rebels in Syria and genocide in Iraq.

ISIS has executed dozens of rival Islamists as the group recaptured most territory it had lost in the northeastern Syrian province of Raqqa.

More importantly, it has introduced an extra element of chaos into the Middle East, as Arab leaders remain up in arms over what to do about the group and its frequent skirmishes along – and forays into – Lebanese, Jordanian, and Turkish borders.

In light of a federal judge denying a request from the Department of Justice to delay the release of a long-sought after Fast and Furious document list, the sister of Border Patrol Agent Brian Terry, Kelly Terry-Willis, doesn't find the timing of Attorney General Eric Holder's resignation to be a coincidence.
"I do not find it a coincidence that Eric Holder chose now to resign after Judge Bates denied the request from the DOJ to delay the release of the Fast and Furious documents. I personally think Eric Holder was really hoping that the documents would never be made public to my family and the American people," Terry-Willis tells Townhall. "Will we ever get the accountability for my brother, Brian, Jaime Zapata and every other person who lost their lives to the guns from this horrific scandal?

I don't know, but I have a serious gut feeling when we finally see what is in those documents....the dynamics of this investigation are going to change and hopefully the people involved are brought to justice. Eric Holder can run, but there will be no hiding. The truth always reveals itself."

In a separate statement put out on behalf of the Brian Terry Foundation, family spokesman Ralph Terry says Holder's resignation is welcomed.

"Despite Holder’s aggressive pursuit of the Mexican nationals directly involved in Brian’s murder, the Attorney General has repeatedly failed to accept responsibility for the ill-fated gun trafficking investigation and has most regrettably failed to hold those DOJ and ATF officials responsible for the many mistakes made in the operation. Despite repeated pleas by Brian Terry’s family, Holder has chosen to not discipline those individuals found at fault by DOJ’s own Inspector General. Despite the clear and present danger that exists even today to law enforcement and the general public on both sides of the border, Holder has repeatedly refused to hold government officials accountable for the deadly mistakes made in Operation Fast and Furious. Immediately after Brian Terry’s murder, Holder’s Justice Department inexplicably denied that ATF had ever “walked” guns despite the obvious testimony of ATF whistleblowers that were part of the operation," Terry said. "Holder’s resignation is welcomed by the Terry Family and should have occurred immediately after Brian Terry’s death and the revelation that the men that killed Brian were carrying weapons supplied to them by ATF."

"It is the hope of the Terry Family that Holder’s departure will lead to full disclosure of the thousands of documents still sought by investigators still looking into Operation Fast and Furious. It is also our hope that the next Attorney General will do a far better job at protecting the American public and guarding the many rights guaranteed in the Constitution," Terry continued.

Border Patrol Agent Brian Terry was killed on December 14, 2010 by illegal Mexican nationals working for cartels in Arizona's Peck Canyon. The weapons left at Terry's murder scene were part of Operation Fast and Furious, a Department of Justice program that involved ATF agents knowingly allowing and facilitating the illegal trafficking of 2500 weapons from the United States into Mexico for use by narco-terrorists. Hundreds of people in Mexico have been killed as a result of the program.

In June 2012, Attorney General Holder was held in civil and criminal contempt of Congress for failing to cooperate and produce documents sought in the congressional investigation of the fatal operation. Thousands of documents related to the investigation have still not be released.
Posted by Diane Sori at 12:42 AM 1 comment:

DES MOINES, Iowa (AP) — A trio of Republican presidential prospects implored conservatives Saturday to vote in November's midterm elections while doing their best to impress likely caucus goers should they compete for the GOP presidential nomination in a year and a half.
Texas Sen. Ted Cruz, Louisiana Gov. Bobby Jindal and Rep. Paul Ryan of Wisconsin — a surprise addition to the program — took different tones in their remarks to the roughly 750 people at the Iowa Faith and Freedom's annual fall banquet at the Iowa State Fairgrounds.

The three declared the Obama administration a failure in domestic and foreign policy. But Cruz's message was more aimed at undoing the Democratic administration's agenda than proposing a new way.

Cruz railed against the administration's 2010 health care law and proposals to grant legal status to millions of people in the country illegally. A GOP majority would restore diminished U.S. leadership abroad and constitutional liberties, he said.

By contrast, Jindal, finishing his second term as governor, said it's not enough simply to urge a change in party leadership.

The two potential rivals were fresh off the Values Voters Summit in Washington.

Ryan was as upbeat as Jindal in his brief remarks.

"We know the next half dozen or years or so will make or break this country," the 2012 GOP nominee for vice president said. "The good news is we know what we need to do to get back on the right path."

But before they lay down 2016 markers, they tried to stoke turnout for Iowa's competitive midterm elections.

Chief among them, the race for retiring Democratic Sen. Tom Harkin's seat, between Democrat Bruce Braley and Republican Joni Ernst, is competitive and seen as among a handful that could determine Senate control.