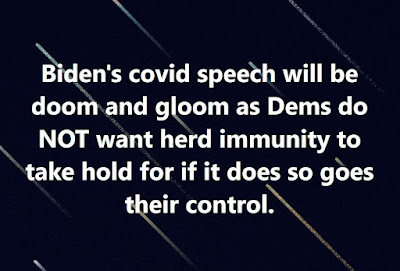 Posted by Diane Sori at 2:00 PM No comments: 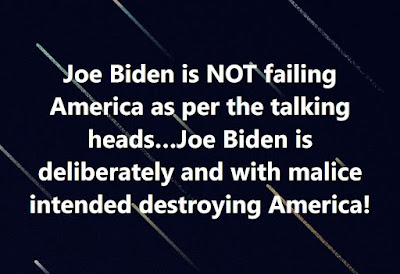 With rising prices, escalating crime rates, and the approach of year three of a global pandemic, 7 in 10 voters think it was another bad year for the country — and over half feel it was bad for them personally.

The new Fox Business survey of registered voters finds 70 percent say 2021 was a clunker for the country.  While that is better than the 78 percent who felt that way about 2020, it’s still much worse than the 38 percent who called 2019 bad.

In addition, 55 percent feel this was a bad year for them personally.  That too is an improvement from a high of 67 percent last year, but a far more negative assessment than in December 2019, before the pandemic started, when just a quarter said the same (26 percent).

Overall, 19 percent of voters believe 2021 was a good year for the country while 31 percent say it was good for their family.

"This is the end. My only friend, the end. Of our elaborate plans, the end." – The Doors

It's not like the Biden Presidency was breaking any records or anything (other than the daily "oldest president in history" record he sets merely by waking up). But this weekend's "It's a 'no' from me, dawg" pronouncement from Sen. Joe Manchin (D-WV) could very well be the beginning of a very long and pitiful coda to this accident of American politics.

And while the media and erstwhile wannabe socialists across the political, academic, and entertainment spectrum insist on demonizing the West Virginia senator for literally doing exactly what he's always promised his voters he would do (remember how he ran for office in 2010 by literally using the proposed "Cap and Trade Bill" for target practice?), let's pause a moment and place the blame squarely where it really belongs: with Sen. Chuck Schumer.

Schumer possesses the agonizingly dangerous trait combination that plagues so many American politicians; he's arrogant and incompetent. And it's been on full display this past year. Read more and see tweet and video here.