To honor those who served

Throughout our nation’s history, service men and women have gone bravely into battle, risking their lives and livelihoods, sacrificing their safety to defend America. When their duty is done, many return home to life as it was. Sadly, for over 3 million veterans seriously injured in the line of duty, leaving the battlefield does not mark the end of conflict. These permanently disabled heroes often carry home life-altering disabilities – stern reminders of the price of freedom.

America’s disabled veterans have honored us with their service and selfless duty. It is now our turn to honor them.

For the first time, America will pay tribute to some of our most courageous heroes – our disabled veterans.

The American Veterans Disabled for Life Memorial will celebrate those men and women who may be broken in body – but never in spirit.

Posted by Diane Sori at 9:58 PM No comments:

"The Progressive Caucus advocates for state control over industries, redistribution of wealth, reduced individual economic freedom and the destruction of free markets," the email said.  "Members of this Caucus lavished praise on Fidel Castro following a 2009 visit to Cuba," he added.

"They have even introduced a Constitutional Amendment to redistribute wealth."

That resolution was introduced on February 13, 2007 by Rep. Jesse Jackson (D-IL) but died in the House.

Resolved by the Senate and House of Representatives of the United States of America in Congress assembled (two-thirds of each House concurring therein), That the following article is proposed as an amendment to the Constitution of the United States, which shall be valid to all intents and purposes as part of the Constitution when ratified by the legislatures of three-fourths of the several States:

`Section 2. The Congress shall have power to enforce and implement this article by appropriate legislation.'.


The resolution was introduced again in Feb 2011 by Rep. Jackson, and was referred to Committee.  This time, the resolution has 28 co-sponsors, including Reps. John Conyers (D-MI), Emanuel Cleaver (D-MO), Charles Rangel (D-NY) and Hank Johnson (D-GA).

"You can call them whatever you want, but the point is, they oppose free markets and individual economic freedom, they want to redistribute wealth, and they want to see the nation fundamentally transformed. Their policies are destructive and I will stand up to them regardless of the critics," West wrote in his email.
Continue reading on Examiner.com Allen West email: Progressives introduced amendment to redistribute wealth - Spokane Conservative | Examiner.com http://www.examiner.com/conservative-in-spokane/allen-west-email-progressives-introduced-amendment-to-redistribute-wealth#ixzz1s4AQOebc
Posted by Diane Sori at 8:59 PM No comments:

Has Obama Given His Okay To The Russians Lining Up With Syria And Iran Against Israel?

By Jim Emerson /The Western center for Journalism
inShare14 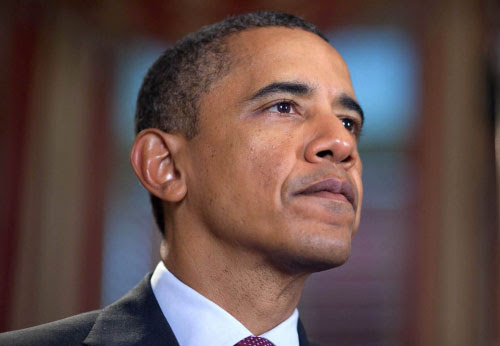 Russia is anticipating that Iran will be attacked this summer and has developed a contingency plan to mass troops along the Iranian border. On the surface, this move will be used by the Russians to justify the move to protect its interests in the region as well assist the Islamic regime if needed. Their plan doesn’t leave out the possibility of Russian forces to engage Israelis and Americans if Moscow feels its interests in Iran are threatened. The goal will be a show of force to stop any former Soviet states from providing military support to any country which attacks Iran and/or Syria.

Moscow’s involvement in Syria includes an upgrading of a Russian-maintained long-range radar surveillance station in Damascus. This will alert the Arab nation of any incoming NATO aerial attack and monitor the Air operations of Israel and other nearby countries. By mutual agreement with Russia and Iran, this station will provide early warning alerts of any Israeli Air operations. The Russians are certain that Israel will strike this summer; this may be based on the overheard conversation between Barack Obama and Russian President Dmitry Medvedev last month.

Putin’s Plan
The Russian plan is to prevent former Soviet countries from providing bases to the United States and Israel that may be used to strike targets in Iran.  Russia has a historical paranoia of foreign armies near it border, and this plan reflects that perspective. Putin’s Russia will take advantage of the world’s obsession with Iran and invade the Georgia Republic Armenia and Azerbaijan with little attention and objections from the United States and the UN. This will be seen as a win-win situation for the Russians and their Iranian allies.

If attacked by any Western powers, Iran’s security depends on the intervention of China and Russia on its behalf.  The Russians can always depend on their Asian friends to block any UN sanctions and will block any resolution involving military action. Iran will have no objection to the Russian military massing along it borders. In their view, it will provide a strong deterrence against Israel and the United States.

Obama sold out Poland to the Russians during the SALT talks; how much would he and the Secretary of State object to Putin’s plan to rebuild the former Soviet Empire?  What else did Obama whisper to Medvedev?  Time will tell.
Posted by Diane Sori at 8:48 PM No comments: