NO longer is there even one iota of a doubt as to where Barack HUSSEIN Obama's loyalties lie in relation to Israel, as this past Monday it was disclosed that the US government has leaked classified information detailing a top-secret Israeli military installation that this administration knew Israel wanted to be kept secret...so secret in fact that the Israeli military will NOT give or confirm its exact location even to the Israeli people.

Leaked and published on a federal business opportunities website (that contractors usually prepare bids on) was NEVER to be released information detailing the location, design, and specifications of a launch site we were to built for Israel’s new Arrow 3 anti-ballistic missile system (a defense system that can intercept incoming ballistic missiles outside the Earth’s atmosphere at a range of up to 1,500 miles and can maneuver in midair to chase them...missiles that were expected to be online by sometime in 2015)...information divulged that had ABSOLUTELY NOTHING to do with bidding on this or any contract. 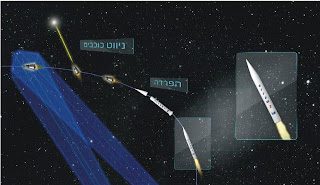 ABSOLUTELY NOTHING at all.

The details, the Obama administration says, were leaked 'in error', and even worse than the aforementioned site specifications leaked were... and this serious folks...highly 'sensitive' information regarding Israel's plans to thwart Iran’s nuclear ambitions that was supposed to be between Israel and Washington only.

NOT good...NOT good at all.


And Israel's military is fuming and rightly so for while Israeli and American contractors have worked together for years, and while Israel knows there's always been a slight risk that some information might inadvertently be released 'in error', Israel also knows that some information released means a few pages NOT over one thousand pages of highly classified detailed descriptions of the project and NEVER to be released military plans...and over one thousand pages was what the Obama administration leaked...and I guarantee you they were NOT leaked 'in error' for Obama and crew know exactly what they're doing when they're doing it.


Leaked in error...how convenient is this coming just when talks are soon to begin on the problems in Syria...you know the same Syria that says they will retaliate against Israel if Israel continues to bomb their weapons storage warehouses (even though some of those weapons have Israel's 'name' on them).

"If an enemy of Israel wanted to launch an attack against a facility, this would give him an easy how-to guide...This is more than worrying, it is shocking," said an Israeli military official who had to remain anonymous because he wasn’t authorized to discuss the facility.

And how many enemies of Israel now have that how-to guide thanks to the Obama administration's leak 'in error'.

Again, I don't think so.

NO WAY...NO HOW...for this security leak comes right on the heels of a report by Israel Radio that Obama administration officials apologized to their Israeli counterparts for releasing and then confirming that it was Israeli military aircraft that was responsible for the early May airstrikes on the Damascus airport warehouse...airstrikes that Bashar al-Assad thought were coming from the rebels and would have continued to think so if the Obama administration...if Barack HUSSEIN Obama himself... hadn't deliberately stirred the pot exposing that it was Israel who did the airstrikes putting them in even more danger than they were already in.

Putting Israel in even more danger from his collective muslim brethren. 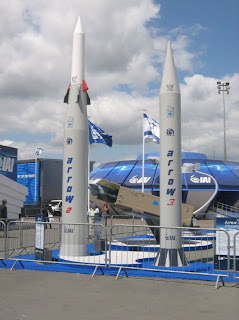 NO, the pattern of animosity towards Israel and the Jewish people coming from Barack HUSSEIN Obama and his miserable administration is too well documented to be anything but deliberate. And this newest development adds more fuel to the fire of Obama's hatred for the Jewish state for you can bet that in NO WAY did Israel...in NO way did BiBi Netanyahu...ever expect this bid to show up on an open government website in the public domain. Israel would have assumed that a complex with this much security attached to it...with Israel's very survival depending on it...would be given out in a private bid to only a select few of the most trusted American defense contractors.  And this would have been the case under a different president...but Barack HUSSEIN Obama's loyalty to his muslim brethren trumps Israel's safety...trumps Israel's very right to exist.

And if this is indeed what happened, it's NOT only a serious breach of trust between 'supposed' allies but is also in-your-face aiding and abetting an ally's enemies, making it scandal number four...or is it five...or six...and counting...and a scandal and knife in the back that Israel most assuredly will NOT take kindly to.