Howard Dean And The Death Panels 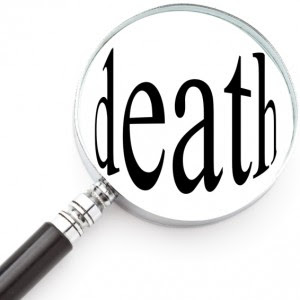 PHOTOS.COM
In Monday’s edition of The Wall Street Journal, former Vermont Governor and Democratic National Committee Chairman Howard Dean offered up the opinion piece “The Affordable Care Act’s Rate-Setting Won’t Work: Experience Tells Me The Independent Payment Advisory Board Will Fail.” At first glance, Dean’s dense argument seems to be both for and against one of Obamacare’s most basic principles. But closer inspection reveals yet another in the myriad cracks which have appeared in Obamacare’s wall like a web spun by a meth-addicted spider.

The trick lies in the language. When Dean refers to the “so-called Independent Payment Advisory Board” as “essentially a health-care rationing body,” he’s not describing the unworkability of some random bureaucratic tumor, the likes of which always sprout from obese Federal programs. He’s talking about something with which we are all far more familiar. Dean is admitting that the “death panels” are bad politics incarnate. And that’s one hell of an admission, considering the fact that Obamacare proponents have been denying the very existence of death panels since they began assembling Obamacare in their Frankensteinian laboratory.

Of course, Obamacare has stumbled before. Its first iteration, 1994’s abominable “Hillarycare,” collapsed under the weight of the enormous unpopularity not only of socialized medicine but its most visible proponent: the unelected and, therefore, unaccountable Hillary Clinton. Well aware what Barack Obama was planning, the worthwhile half of the McCain/Palin 2008 Presidential ticket — then-Alaska Governor Sarah Palin — in 2009 pointed out Obamacare’s inclusion of what Dean refers to as “essentially a health-care rationing body” but she more accurately termed “death panels.”

Like most of her pronouncements, Palin’s “death panels” remark drowned in the roar of the Democrats’ campaign of appallingly misogynist hatred. She was, as is every woman who defies the Democratic syndicate, subjected to bone-chilling venom for her forthrightness. The “death panels” remark engendered exceptionally crude liberal attacks on everything from her intellect to her sanity.

The left-wing propaganda site Politifact even called her remark its “Lie of the Year” for 2009.

According to the Democrats, the death panels were a fiction, a figment of Palin’s imagination with no more connection to reality than a Piers Morgan monologue.

And yet, there was Dean in Monday morning’s WSJ, arguing that not only are the same death panels Palin identified — and was excoriated in often violent and/or pornographic terms for mentioning — real; but they’re a bad idea.

Given Obamacare’s background, it shouldn’t surprise anyone that there might be some bureaucratic bits and pieces that lean toward “bad.” Indeed, Obama’s first attempt to impose it upon the people failed, but it returned immediately like a zombie in a George Romero movie. Following a long and brutal run through the courts, Chief Justice John Roberts delivered the lightning strike needed to get Obamacare up off the table and out where it could terrorize the villagers. The fact that the overwhelming majority of the villagers — the American taxpayers — wanted to grab the pitchforks and torches left Obama unfazed.

Now, one of the most prominent Democratic firebrands of the past decade — and certainly one of the loudest — Howard Dean has come out against the Obamacare death panels his Democratic Party accomplices insist don’t exist. That prompts me to offer one of the rarest statements ever uttered in human history: “Listen to Howard Dean.” It also prompts me to point out that the Democrats need to take a break from waging their actual war on women to offer an apology to a woman upon whom they have waged actual war. Palin got it right. And they should be very contrite.

Granted, if the Democrats had to apologize for every lie they told about Obama’s fraudulent folly, they’d never have time for much else. All things being equal, that might not be such a bad conclusion.
Posted by Diane Sori at 10:24 AM