Guess where U.S. troops go next 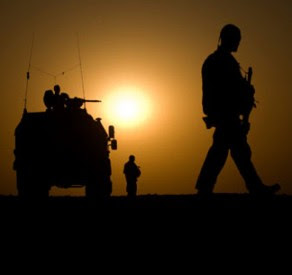 WASHINGTON – The U.S. may commit military forces to Mali to deal with jihadists in the North African country under a proposed resolution France has drafted for the United Nations Security Council, according to Joseph Farah’s G2 Bulletin.

Analysts believe the resolution, which may pass within the next 30 days, calls for members to provide military training and equipment to halt the spread of jihadists in the western portion of the continent.

The object of concern is al-Qaida in the Islamic Maghreb, or AQIM, which not only is threatening Mali but some of its neighbors, including Algeria and Mauritania. AQIM already is in control of the northern portion of Mali – the Azawad region — with international efforts under way to take it back.

AQIM, however, is gearing up for possible action by increasing defenses, such as laying landmines and digging trenches.

Washington is preparing to extend its unmanned aerial vehicles, UAVs, or drones, to target AQIM strongholds in Mali. AQIM already is in U.S. gunsights for the attack on the U.S. consulate in Benghazi, Libya.

Until recently, the U.S. has had troops in Mali but has had to pull them out due to the increasing political turmoil in Mali’s capital of Bamako. As a result, there are fears that the northern portion of Mali will come increasingly under the influence of AQIM and become a new sanctuary for international terrorism.

The AQIM element, which seeks to bring Islamic law to northern Mali, is the Ansar Eddine. The group also is at odds with another group of Tuareg separatist rebels, the Liberation of Azawad, or MNLA, which wants an independent state in the north.

AQIM leadership is mainly Algerian and receives most of its recruits from Mauritania. It has been increasingly active in northern Mali since 2007. AQIM has become transnational in the region that encompasses Algeria, Mauritania, Mali and Niger.

Because of AQIM’s expansion, the four countries established a Joint Military Command to undertake counter-terrorism operations and intelligence sharing.

For France, Mali has historical importance as part of its colonial holdings, along with Algeria and Morocco in the 19th century. Mali gained its independence from France in 1960.

The French U.N. resolution is meant to support an effort by the Economic Community of West African States, which wants to send 3,000 African troops in an effort to take back the Azawad region.

If AQIM is successful in controlling northern Mali, its influence will cover much of the Maghreb region extending from Mauritania to Libya, which then would give al-Qaida a base from which to prepare to launch efforts into southern Europe through Spain.
Posted by Diane Sori at 6:08 PM