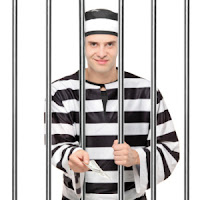 Since 1833, it’s been illegal at the Federal level to imprison someone for unpaid debt. But individual States still retain the legal prerogative to do just that, and one-third of them still do.

Increasingly, private debt collection has come to put pressure on law enforcement to aggressively pursue available legal opportunities to arrest those who don’t pay their bills — such as when a civil judgment has been issued against an already-delinquent borrower and that person subsequently is found to be in contempt of the judgment because he still can’t pay.

Contempt, failing to respond at court hearings and failing to pay court costs (which mount over time) are all used as legal justifications for jailing someone who originally came before the law in a civil capacity because he couldn’t pay a debt.

An Illinois woman was billed $280, in error, for medical services. She inquired about the error and was told she wouldn’t, of course, have to pay it. But the bill went into collections, and State police eventually showed up at her house. They arrested her.

In Missouri, when creditors win civil judgments against borrowers who can’t pay, they wait for the borrower’s “examination” summons, a post-judgment court date to review a borrower’s financial assets. If the borrower doesn’t appear, the creditor asks the court for a “body attachment,” which is essentially an arrest warrant. Once arrested, the borrower is indefinitely held in jail pending a bond payment that’s set at — guess how much — the amount he owes the creditor (plus court costs).

Without question, lenders who have been defrauded by borrowers have every reason to demand full recourse for recovering what’s owed them under the law. But the spirit of civil law governing economic transactions in the United States holds that both parties are equally exposed to the risks attending any exchange of money for product.

Lenders who collude with local law enforcement and courts to jail debtors are exposing their former customers to more than just the civil consequences of dealing in bad faith; they’re taking away individual liberties. Now switch that antagonism around: If the lenders were the ones defrauding the borrowers, how often would the borrowers’ legal recourse extend all the way to the criminal courts?

Putting someone in jail — not to serve out a sentence handed down for a criminal conviction, but for lacking money owed to another entity (either to creditors or, increasingly, to the state) — is to recreate the debtors’ prison in America, a Nation whose brief, tumultuous experiment with the concept was rejected as vestigial of the old-world European classism the Founders had striven to abolish.

America’s Founders adamantly despised the idea of debtors’ prisons (many served time in them) not only for its cruelty, but also for its ossification of the poor classes. To be put in jail for lack of funds is to be frozen in society with no hope of rising, on one’s own merits and ambitions, to the middle or upper class.

More egregious is the practice of governments throwing people in jail for being unable to pay the government. An Ohio man ended up sitting in jail for 10 days last year because he couldn’t pay the balance on an outstanding $900 in costs owed to the municipal court of the Town of Norwalk. In other words, the court converted the fine he couldn’t pay into jail time, despite a 1971 U.S. Supreme Court ruling that found that very practice unConstitutional.

There’s some hope that higher courts will end that kind of state profiteering. An Alabama judge put the hammer down on the town of Harpersville last year, calling a traffic-ticketing scheme involving police, city officials and a private probation company a “judicially sanctioned extortion racket.”

That case involved four people who sued the city for violating their Constitutional rights. If people ticketed for speeding there were not immediately able to fines imposed by the municipal court, they were referred to the private company, which instantly began tacking on additional fees that multiplied the cost of the original offense — all under the sanction of criminal law. Many were jailed on bogus failure to appear charges, and every interaction with the town’s legal system cost them more money.

Shelby County Circuit Judge Hub Harrington heard the case, and he said this in his order:


When viewed in a light most favorable to Defendants, their testimony concerning the City’s court system could reasonably be characterized as the operation of a debtors prison. The court notes that these generally fell into disfavor by the early 1800′s, though the practice appears to have remained common place in Harpersville. From a fair reading of the defendants’ testimony one might ascertain that a more apt description of the Harpersville Municipal Court practices is that of a judicially sanctioned extortion racket. Most distressing is that these abuses have been perpetrated by what is supposed to be a court of law. Disgraceful.

The judge went on to order the mayor and every city council member to attend a scheduled hearing — and every possible subsequent hearing that might arise in disposing the case:


These individuals, who are the officials ultimately responsible for the operation of the City, may wish to consult with Mr. [Larry] Ward [the town’s municipal judge alleged to have been involved in the scheme] regarding the consequences of one’s failure to appear, especially when actually ordered by a court to do so.

Amen. At every level of the court system in the United States, we need more judges like that.
Posted by Diane Sori at 10:34 AM