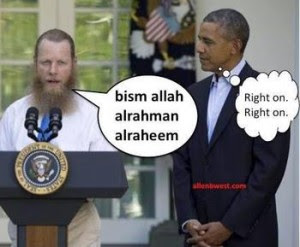 The former pastor of the parents of a soldier released from Taliban captivity after almost five years said Friday they have been hurt by allegations that he was a traitor and by the outpouring of anger toward their family. “They have been really hurt,” said Pastor Phil Proctor of Sterling Presbyterian Church in Sterling, Virginia. “They’re trying to keep their heads down.”

Notice the MIA headrag Bergdahl is wearing. His son wasn’t missing, he was
voluntarily collaborating with the enemy. 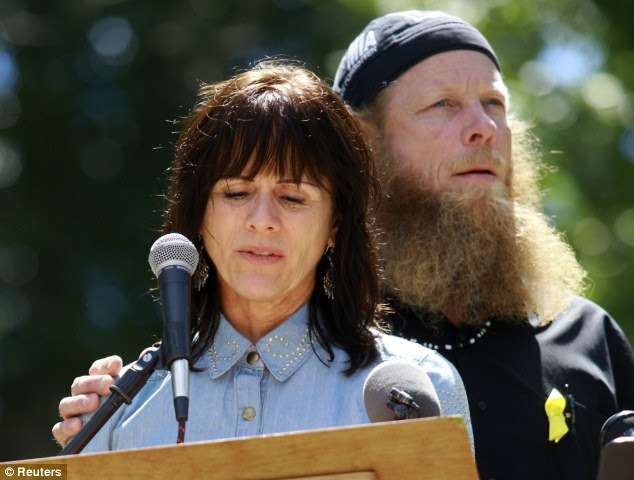 ABC News  Proctor said Bob and Jani Bergdahl were surprised by interviews they have seen with former platoon mates of their son Bowe Bergdahl. Some of the soldiers told media outlets they didn’t support the exchange of five Taliban officials that led to his freedom. (But apparently they weren’t surprised about his former platoon mates who were killed and wounded while searching for their scumbag son)

“This very much hit them as a shock and I’m not sure anybody’s got the full story,” said Proctor, who is urging prayer and compassion for the family. Proctor said the Bergdahls, who live in Idaho, have yet to speak with their son, who is currently recovering at a military hospital in Germany.

Bob Bergdahl, who has a full beard and spoke briefly in Pashto during a White House news conference, has spent the past five years trying to identify with the culture of his son’s captors, Proctor said.

“Well the beard thing, and the Pashto, Bob felt from the get-go if there was going to be a diplomatic solution that it was kind of on him to do it,” Proctor said. “He felt like as Bowe’s father he could reach out and try to speak directly to the Taliban.” (So why was he speaking in Pashto AFTER his son was released?) 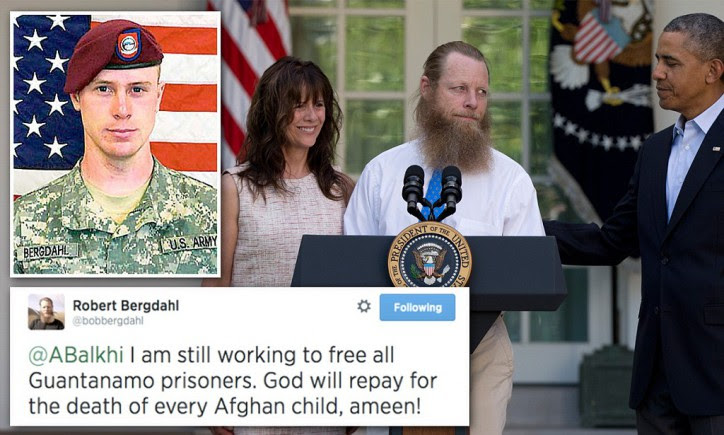