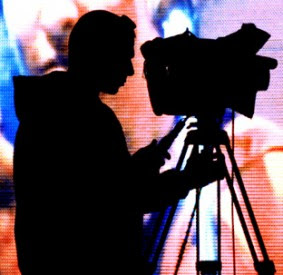 Editor’s note: This is another in a series of WND/WENZEL POLLS conducted exclusively for WND by the public-opinion research and media consulting company Wenzel Strategies.

Americans already have delivered a judgment in the death of Trayvon Martin in Florida, not so much on whether the blame falls on the black teen or on defendant George Zimmerman, but on the media’s coverage of the case.

A new Wenzel Poll conducted exclusively for WND by the public-opinion research and media-consulting company Wenzel Strategies, shows three in four registered voters believe the media’s coverage of the story has made the nation more racially divided.

In the national telephone poll, conducted April 9-12 with a margin of error of 3.42 percent, some 77 percent said the way the media has covered the case has produced a “more polarized nation.”

Only 11 percent of voters said the coverage increased racial harmony, and 12 percent said there was no effect.

The editing of Zimmerman’s exchange with a 911 dispatcher in an NBC News report was one of the most egregious examples of bias.

The report quoted Zimmerman saying, “This guy looks like he’s up to no good … he looks black.”

But the full tape shows Zimmerman’s remarks were edited to make him sound racist:


ZIMMERMAN: This guy looks like he’s up to no good, [begin ellipsis] or he’s on drugs or something. It’s raining and he’s just walking around, looking about.
911 DISPATCHER: Okay, is this guy, is he white, black, or Hispanic? [end ellipsis]
ZIMMERMAN: He looks black.

Reported Dan Riehl at Breitbart: “Not only did Zimmerman not equate Martin’s skin color with his looking suspicious; he didn’t even initiate the comment. It was simply a response to the police dispatcher. What the full quote does seem to make certain is that at that period in time, Zimmerman wasn’t even positive as to what race Martin was.”

Fritz Wenzel, chief of the polling company, said, “More than three out of four – 77 percent – believe the media coverage of the Trayvon Martin case has increasingly polarized the nation along racial lines. Just 11 percent said they think the coverage has increased racial harmony. Another 12 percent said they don’t think the news coverage of the case has had any effect on race relations in America.”

The poll also showed that Americans voters by a large margin believe the media has rushed to judgment.

That option was picked by 58 percent of the respondents, while more than 14 percent said the media’s coverage was biased. More than 13 percent said it was truthful, and not even 10 percent concluded it was “tempered and balanced.”

“The mainstream media’s handling of the Trayvon Martin case in Sanford, Fla., is getting very low marks by the general public,” Wenzel said. “Nearly six in 10 registered voters nationwide – people who I would say maintain a general interest in the news of the day – said they believe the media has engaged in a rush to judgment in their reporting on the case. Another 15 percent said they believe the coverage has been clearly biased.”

Wenzel said even 59 percent of “liberals” said “they think the news media has engaged in a rush to judgment in this case.”

He said another 8 percent of liberals say the coverage has been “out-and-out biased.” In contrast, some 90 percent of conservatives said the same thing.

“The problem is that national news reporters should have known that such a racially charged case would require them to bend over backwards not to draw conclusions of their own in their coverage, or not to do anything that would taint the public’s perception of their reportage on this situation,” Wenzel said. “Instead, we had television networks distorting the fact and even altering a 911 tape to dramatically change the tone of the call.”

The damage, however, may not end up being to Zimmerman or the case, but to the media.

“This polling data is just the latest example in a rapidly expanding pool of evidence that Americans no longer feel they can trust what they hear, see or read from the mainstream media. Their industry is, in many respects, in steep decline, and yet these reporters, editors, producers and on-camera talent seem intent on driving their profession off a cliff.

“And, if liberal reporters and news networks thought they might be doing Democrats a favor by skewing their coverage, they have once again demonstrated their lack of understanding of the American voting public and those people who may well decide the presidential election this fall,” Wenzel said.

“Among independent voters, 80 percent said media coverage of this case was either a rush to judgment or clearly biased. It’s not a surprise then, that this last week, we have seen Barack Obama’s poll numbers take a dive, but mainstream reporters may be scratching their heads.”

The poll also asked about why the case got so much more attention than others. More than 33 percent said it was publicized for political advantage, and 26 percent said activists seized on the case to make gains in their agenda.

“The survey also shows that there is an overwhelming desire on the part of Americans … to see the criminal justice system, not the media or race activists, sort out what happened and mete out justice in this case,” Wenzel said.

“While there is no disputing that Americans live in an over-connected and overhyped media today, they appear to deeply resent attacks on core institutions like law enforcement and the criminal justice system,” he said, “and they particularly dislike those who, for their own aggrandizement, profit, or political gain, inject themselves into the regular workings of those institutions.”

He said, “The wheels of justice are moving along just fine in the Trayvon Martin case, but this survey shows the American public is reaching its own verdict on the media, activists, and political figures who have used this situation to engage in a blatant and extraordinary exercise in self-promotion. What’s left to discover is if the punishment fits the media crime of passion that the public clearly believes has taken place.”


See detailed results of survey questions:
Thinking of the case in Orlando, Fla., involving the shooting of Trayvon Martin by a neighborhood watch participant, and all of the attention it has received by the news media – please tell me which of the following descriptions best describes how you feel about the media coverage of the Trayvon Martin case?
Why do you think this tragic death has received so much more attention that dozens of others occurring at about the same time period?
What do you believe happened in this incident?
Do you agree or disagree that the criminal justice system, not the media or the activists, need to sort out what really happened in this case?
Thinking specifically about how the news media has covered this situation, do you think that their coverage has brought America closer to racial harmony or has it polarized the nation more?
Posted by Diane Sori at 5:59 PM