Rebellion at NASA against 'global warming' 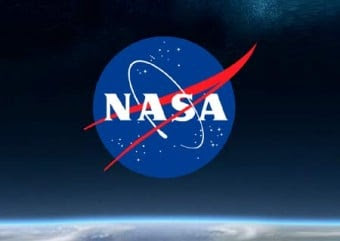 Forty-nine highly respected former NASA astronauts, engineers and scientists are fighting back against efforts by top executives to use the federal agency to promote global warming alarmism.

The letter to NASA Administrator Charles Bolden accuses the agency of endangering “the reputation of science itself” by advocating the “extreme” position that carbon dioxide is the major cause of climate change.

The signatories include seven former Apollo astronauts as well as Chris Kraft, the man more responsible than any other for establishing Mission Control.

They want NASA to “refrain from including unproven and unsupported remarks in its future releases” and contend that the claim “that man-made carbon dioxide is having a catastrophic impact on global climate change” is “not substantiated.”

The letter has done nothing to stop the efforts of NASA’s most notorious global warming activist, James Hansen, director of the Goddard Institute for Space Studies, a division of NASA.

The day after the letter was sent, Hansen stated in an interview with BBC Scotland that averting global warming was a “great moral issue” equivalent to slavery. He called for a worldwide tax on carbon emissions and advocated a ban on the construction of coal-fired power plants.

As Brian Sussman points out in his explosive new book “Eco-Tyranny,” there is nothing new about these kinds of statements, as Hansen has a long history of extreme claims and advocacy on behalf of large-scale government regulation.

For example, in May 2011, Hansen advocated redistribution of wealth by placing a “flat rising fee on carbon” with the objective of “affect[ing] consumers and chang[ing] lifestyles. People with lavish lifestyles will pay more in increased energy costs … and they will see that their personal decisions make a difference.” 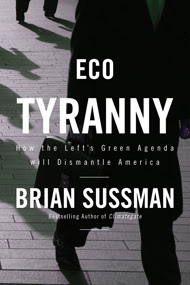 In 2009, Hansen stated that coal is “the largest fossil fuel reservoir of carbon dioxide, it is the dirtiest fuel. Coal is polluting the world’s oceans and streams with mercury, arsenic, and other dangerous chemicals. …

Building on the implied parallel to death camps, Hansen called in 2008 for the CEOs of energy companies that use fossil fuels to be tried for “high crimes against humanity and nature.”

Hansen also has found time to protest and undergo three separate arrests for left-wing causes while still heading up GISS. In June 2009, he was arrested alongside actress Daryl Hannah for protesting mountaintop removal in southern West Virginia. In September 2010, he was arrested again for taking part in a nationwide protest called Appalachia Rising organized by the liberal environmental group the Rainforest Action Network. Finally, in August 2011, Hansen was arrested for protesting the Keystone XL tar sands pipeline.

“James Hansen has a long history of proving himself to be a radical environmentalist with a Ph.D. – who just happens to work for the U.S. government,” Sussman said.

“This is the man charged with keeping the temperature of Mother Earth – and he’s committed to making sure it looks like Mother Earth is always running a fever,” he said.

Sussman points out that Hansen’s efforts are only part of a larger pattern of what he calls “government-sponsored scaremongering.”

The Environmental Protection Agency has a list of frequently asked questions on global warming which states, “Climate change health effects are especially serious for the very young, very old, or for those with heart and respiratory problems.”

It adds, “Climate change will likely increase the number of people suffering from illness and injury due to floods, storms, droughts, and fires, as well as allergies and infectious diseases.”

The EPA has a special site designed for children with the headline “The Earth’s climate is changing, and people’s activities are the main cause.”

However, as Sussman says in “Eco-Tyranny,” the federal government itself is responsible for using flawed information that fuels climate change alarmism.

NASA and the National Oceanic and Atmospheric Administration, NOAA, are collecting data from thousands fewer temperature reporting stations than they did in 1970. The smaller sample size is compromised by locating the remaining stations in urban areas and not compensating for the localized warming known as the urban heat island effect.