Op-ed:
As the economy flounders the Holder circus continues
By: Diane Sori 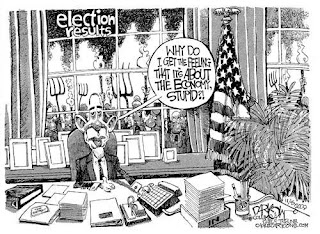 Today a decision will be made as to whether to charge Eric Holder with contempt of Congress for withholding critical documents in the ‘Fast and Furious’ debacle.  Want to bet which way that will go since Darrell Issa seems to be buying into Holders stalling tactics.  Needless to say today will be an interesting day.

So while we’re all focused on this circus performance, yesterday’s newly released jobs figures further accentuate bad news for the job’s market.  In April, job openings dropped to a five-month low with an across the board decline in all sectors of the economy.

With an overall weakness in the economy and with 12.5 million hard working LEGAL Americans out of work in April alone, and if you filter in the drop in the number of actual jobs openings, this means there are basically four people competing for every one job opening.  And yet Barack Hussein Obama wants to give what amounts to amnesty to 800,000 ILLEGALS so there is further competition for the few jobs that are open.

There is something so inherently wrong with this.

And with this we have Mexican President Calderon thanking Obama for issuing this change in policy through Executive Order, while he snickers at how easily our Congress is being made into a laughing stock.  Of course he would, as now Calderon doesn’t have to worry about all these people being deported back to Mexico and putting a drain on his economy.

And add into this happy mix (insert sarcasm here) that US oil prices rose on Tuesday, climbing 83 cents to $84.10 a barrel, based on rumor that the Federal Reserve may release more stimulus monies to prevent the economy from stalling yet again.

Also remember that major tax hikes are scheduled to kick in at the end of this year if Obama is re-elected...and with all this you have one very unhappy group of Americans, one very unhappy economy, but 800,000 very happy ILLEGALS who will benefit from our unhappiness.

While we should be focusing all our attention on the economy and on how Obama just screwed us LEGAL Americans once again, we all are being led by the media to focus on a circus trial of a man who is guilty of obstructing justice being tried by a man who it seems just doesn’t have the courage to do what he knows needs to be done.

If America ever needed a hero it’s now, and I just hope and pray that Darrell Issa gathers the courage to be just that hero.
Posted by Diane Sori at 8:18 AM