'You didn't build that': Anti-colonialist rage?

'Americans stole it, he has every right to use power of state to confiscate it back' 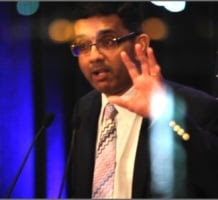 Dinesh D’Souza, a former policy adviser to President Reagan and the director of a controversial new film about Barack Obama’s past, told WND he believes the roots of the current president’s infamous “you didn’t build that” speech go back to Kenya and the anti-colonialism seeded in his worldview.

At the beginning of his new film “2016 Obama’s America,” D’Souza states, “We are all shaped by our pasts, and we carry elements of the past into our future. But we have to be careful, because nothing can threaten the future quite as much as the debts of the past.”

And after the Washington, D.C., screening of the film, D’Souza told WND he believes Obama’s anti-colonialist past was the driving force behind telling a crowd at Roanoke, Va., on July 13, “If you’ve got a business – you didn’t build that. Somebody else made that happen.”

D’Souza told WND, “Anti-colonialism’s core idea is that the wealth America has now is not earned wealth, but stolen wealth. And I believe that is a very influential idea with Obama and his recent comment that business owners didn’t earn their success, they used the public school system and public roads. That is the intellectual equivalent of me saying to Obama, ‘You didn’t really win the election. You, after all, drove on the public roads to your rallies, so you don’t deserve to be president.’

“The reason Obama makes such arguments – bogus though they are – is because he’s trying to say ‘If you didn’t earn it, I have the right to take it,’” D’Souza said. “And that is an idea rooted in anti-colonialism that the rich people and rich countries don’t deserve what they have. They didn’t earn it, they stole it and he has every right to use the power of the state to confiscate it back.”

D’Souza’s unique take that Obama is an anti-colonialist stems from personal experience. After all, D’Souza emigrated from India, where his father and grandfather were anti-colonialists.

As WND reported, D’Souza moved to the United States to attend Dartmouth College and today is president of The King’s College in New York City. In “2016 Obama’s America,” he humorously explains his rise to working in the Reagan White House, becoming a bestselling author and debating against the likes of Jesse Jackson. 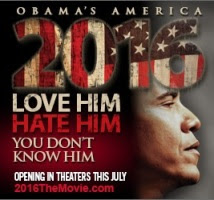 In the film, D’Souza takes his audience to Kenya, Hawaii, Indonesia and elsewhere to interview those who know Barack Obama or his mother and father figures. He also interviews Paul Kengor, biographer of Obama’s primary influence, Communist Frank Marshall Davis.

In Kenya, D’Souza tried to interview the president’s step-grandmother Sarah Obama. But once the family found out he had interviewed Barack’s half-brother, George Obama, they refused to talk. They also banned him from the family homestead.

As D’Souza said, George is “the black sheep of the family” because wrote a book expressing conservative ideals and disputing anti-colonialism. Moreover, George is poor but insists on earning his own living.

And while most regular WND readers know much about Obama’s murky past, this film is likely to stun the scores Americans who haven’t looked into their president’s formative years.

“I think this is a film that, whatever your politics, you’re going to leave the theater saying, ‘I know a lot more about Obama than I did 90 minutes ago,’” said D’Souza. “And I think that makes the film a contribution to the debate.”

After the Washington screening of “2016 Obama’s America,” one journalist told WND, “It scared the h— out of me!”

When D’Souza was told about the reaction, he replied, “Well, I think what makes the film shocking is that much of the material was unreported by mainstream media, even though the information was not that hard for me to collect. For example, when I was down in Kenya, talking to people related to Obama and those who knew Barack Sr., I asked, ‘Who has interviewed you so far?’ And they said, ‘Nobody. Nobody’s interviewed us.’ And I was shocked. So I kind of felt like I had large areas of territory, and I think that’s why people come out of theaters saying, ‘How come I didn’t know all this?

“I wanted a film that wasn’t like a TV documentary, but was like a real movie and appealed to people both on the intellectual level and the emotional level,” D’Souza explained. “I wanted to make a film by which people could understand Obama, and by that I mean even to empathize with Obama – understand how he became the man that he is above the give and take of political squabbling. I think it’s an interesting film on a human level. The Obama story to me is a riveting story, quite apart from politics.”

“2016 Obama’s America” is currently showing in producer Gerald Molen’s home state of Montana and Houston-area theaters. Doug Sain, another producer, said distribution will expand to 300 theaters by Aug. 10 and 500 theaters by Aug. 17. Click here to see the growing list of theaters showing the film.
Posted by Diane Sori at 12:04 PM