Ahmadinejad scrambles to cover up exposure of nuclear program

Iranian President Mahmoud Ahmadinejad is convening an emergency meeting Monday of his cabinet and others from the Supreme National Security Council over WND’s revelation of the Islamic regime’s secret nuclear facility.

The exclusive WND report on Jan. 7 said the secret facility is in Khondab near the city of Arak in central Iran. 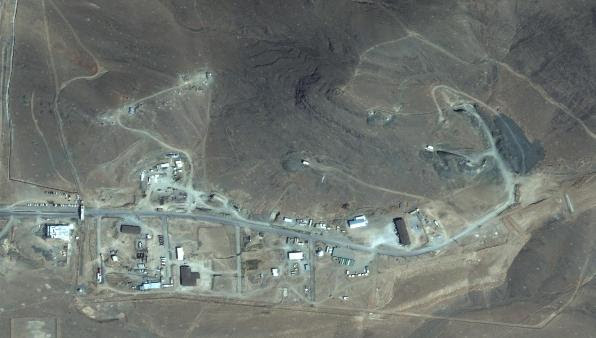 According to a source in the Revolutionary Guards intelligence unit with access to Iran’s nuclear program, Iran is scrambling to find out who leaked the information. The regime is concerned about international ramifications of yet another secret site being exposed amid pressure and sanctions by the West and the International Atomic Energy Agency ‘s request for inspection and clarification over illicit nuclear activities.

The source is the same person who revealed the site’s existence.

The regime has twice been caught red-handed with its covert nuclear activity – in 2002 when its Natanz enrichment facility was exposed and in 2009 with the exposure of the Fordo underground nuclear facility near the city of Qom.

Upon the revelation of the Khondab site on WND, Ahmadinejad issued two directives, according to the source – one to Heydar Moslehi, the head of the Ministry of Intelligence, and another to Fereydoon Abbasi-Davani, the head of the regime’s Atomic Energy Organization – requesting immediate investigation into the leak.

The source added that the Intelligence Ministry, which oversees the activity of all employees in the Iranian nuclear program, has begun questioning workers in Iran’s Atomic Energy Organization through its Herasat, an internal security force.

The regime fully knows, the source said, that any revelation of its secret nuclear activity under current circumstances will destroy its claim of peaceful nuclear activity and will embolden Israel’s position internationally that the regime is lying about its activity and that it needs to be confronted immediately.

According to the source, the Khondab facility houses over 2,000 centrifuges that are enriching uranium for Iran’s nuclear bomb program. More cascades of centrifuges are being made operational to add to its capacity.

DigitalGlobe images of the site have been given to organizations that specialize in Iran’s illicit nuclear program for further analysis. However, a retired imagery analyst who cannot be named has looked at two of the images and confirms that the imagery shows “a large surface installation showing characteristics of supporting a co-located underground facility.”

Dr. Peter Vincent Pry, a former CIA analyst and executive director of the Task Force on National and Homeland Security, an advisory board to Congress, said, “The imagery clearly shows some kind of highly sensitive and fortified installation supporting a deep underground facility inside the mountain.” 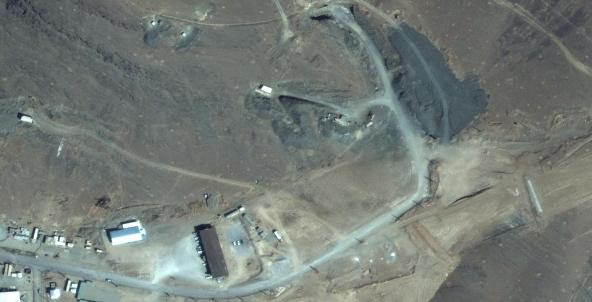 The Atomic Energy Organization’s Abbasi-Davani, in a memorial ceremony on Jan. 10 for the assassinated Iranian nuclear scientist Mostafa Ahmadi-Roshan, said the regime continues to enrich uranium to the 20-percent level at both Natanz and Fordo. The 20-percent enriched stock could within weeks be further enriched to weaponization grade.

“We will not accept anything beyond the (Non-proliferation Treaty) framework,” Abbasi-Davani said. “We will not answer undocumented claims. We will (only) respond to the documents we get from them that we find acceptable.”

The IAEA, the United Nations nuclear watchdog, has for months requested access to Iran’s Parchin military site, where it is believed that tests took place on the trigger for an atomic bomb. Regime officials have so far refused, even as satellite images show that Iran has for months started cleaning up the test site.

The latest IAEA report last November stated that the regime has expanded its enrichment program, with over 10,000 centrifuges enriching uranium at Natanz and over 2,700 centrifuges at Fordo.

Though Iran is under severe sanctions by the United Nations, United States and the European Union for its illicit nuclear program, it currently has enough enriched uranium for six nuclear bombs if further enriched and is working with North Korea on its intercontinental ballistic missiles.

Meanwhile, WND’s source said Syria has started shipping uranium from Syria to Iran. And according to a Reuters report, Western and Israeli security experts indicate that Syria may have as much as 50 tons of unenriched uranium.