Op-ed:
Cutting our military...cutting benefits...cutting moral as Putin laughs on
By: Diane Sori 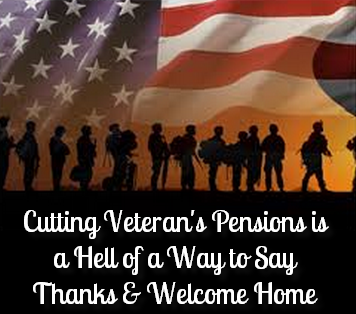 A crime unlike any other as Barack HUSSEIN Obama, in his continued efforts to render our military impotent, leads our beloved America down the road to Third World status, has now NOT only cut our military's pensions and benefits but does it by exempting ObamaCare subsidies for both public employees and the 'sponges' of our society in the process of doing so.

To cut the retirement benefits of the military is the most grievous of acts any Commander-in-Chief can do to those who lay their lives on the line every day to keep us safe and free and home. And by turning his back on our military Barack HUSSEIN Obama has, with NO guilty conscious whatsoever, been able to reduce military pensions by 10% (done so by converting part of their retirement to 401(k)-like defined-contribution plans from defined-benefit plans) as well as imposing cuts that slash subsidies for base commissaries, imposing a 5% increase in the cost of military housing, and placing a 1% cap on annual active-duty pay increases resulting in losses up to $5,000 in annual benefits for those whose basic pay is $18,194, which, by the way, is well below the federal poverty line.

Well below what the 'sponges' get in freebies and handouts.

And when you add in the unemployment rate for post-9/11 veterans being 7.9%...as opposed to the national civilian average of around 7%...and with 340,000 veterans receiving public money for housing in addition to 900,000 veterans living on food stamps with almost 5,000 active duty troops receiving food stamps as well, and now add in this little bit of happiness into the mix as the Pentagon's proposed budget cuts will result in up to 90,000 servicemen and women needing to look for civilian jobs....and you have one major slap in the face to all our brave warriors...both past and present.

Nothing as low as sticking it to those fighting for our freedoms, but this president is so low that he has to look up to look down as the soldiers he sent to Afghanistan and Iraq that were severely wounded got stabbed in the back again once they got home by first denying them NOT only benefits due relating to their injuries, but then making them jump through red-tape hoops to get the very treatment they desperately need and are entitled to.

Claiming all this is to save money, the fact is that an honorable man...an honorable leader...would NEVER take anything away from those who are America's first line of defense, especially when all these cuts target the military but do NOT apply to Obama-loving political groups and programs.

And with all these cuts...cuts that NOT only hurt financially but are intended to break our troop's spirit...to damage their very souls...and doing it at a time when they just might be needed yet again for if the Ukraine situation spreads beyond its borders a confrontation with 'mother' Russia herself could be in the making.

Imagine this scenario ...Vladimir Putin is NOT happy with just the Crimea so he sets his sights on the Ukraine itself, and then decides he wants more. Not so far-fetched actually as right now there are 20,000 Russian troops and armored vehicles amassing in at least three regions along Ukraine’s eastern border, and you know it cannot be for anything good. Posturing for war while phony balloting is going on, as yesterday a referendum was held to determine whether Crimea will join the Russian Federation or declare its independence from Ukraine...a referendum where remaining part of the Ukraine is NOT even an option on the ballot.

Score one for Putin as he just moved into checkmate position.

And don't think Ukraine will just sit back and allow this for agreements signed back in 1994 that made Crimea part of the Ukraine were signed by the Russians even though now they have been rendered null and void by a man hell bent on reassembling the old Soviet empire thus making the agreements signed NOT even worth the paper they were printed on as Putin tries to shape Ukraine's future...tries to shape Russia's future...by simply threatening war.

So as Vladimir Putin flexes his military muscle...as he rebuilds Russia's armed forces...a priority for Putin as the attitude of the Russian people favors and supports the ongoing militarization of Russia... rebuilds to a tune of US-$78.7 billion in 2014, US-$96.4 billion in 2015, and US-$105.2 billion in 2016 respectively...Barack HUSSEIN Obama cuts our military funding by over $41 billion which is indeed a gift to our enemies...and cuts our manpower to levels NOT only to those of pre-WWII but to levels that might NOT even be able to stand up against the 'Russian Bear's' forces...if Putin decides to go beyond the Ukraine's borders into Europe itself...perhaps. 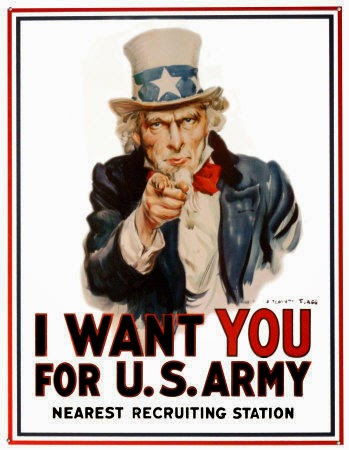 And as the U.S. has a total volunteer army, who in their right mind would sign on for a job were one is NOT only NOT appreciated for what they do, but a job where your Commander-in-Chief has NO respect or interest in the uniform you wear nor does he care for your welfare once you come home...a job where your Commander-in-Chief simply does NOT have your back covered but instead chooses to protect the lives of those who are actually trying to kill you.

And by cutting all from the military both budget wise and benefit wise, Barack HUSSEIN Obama has actually surrendered to those who are America's enemy...to those out to kill us all.

And this man is still sitting in the White House, and I can't help but question as to why our military leaders allow this to go on, especially with the 'Russian Bear' knocking at our door.
Posted by Diane Sori at 12:00 AM