By Javier Manjarres / THE SHARK TANK

The ongoing anti-Republican antics by the disgraced Broward Republican Executive Committee (BREC) continues with the group’s full-throated endorsement of a registered Democrat over a registered Republican.

The official Republican representation in Broward County has endorsed a known Democratic candidate over a Republican.

BREC’s recent “Official” voter guide endorses a couple of judicial candidates, who so happen to be registered Democrats.

These endorsements are in line with a voter guide that was mailed out by a member of the BREC board during the August 28 midterm primary election.

Both candidates failed to garner 50 +1 percent of the vote, forcing a run-off election on November 6.

This is disgraceful for Republicans, but is an expected move from the embattled misfit group of Republicans who supposedly represent all Broward Republicans.

It is important to note that the endorsement was made in a closed-door meeting of the executive board, and not by the entire committee. 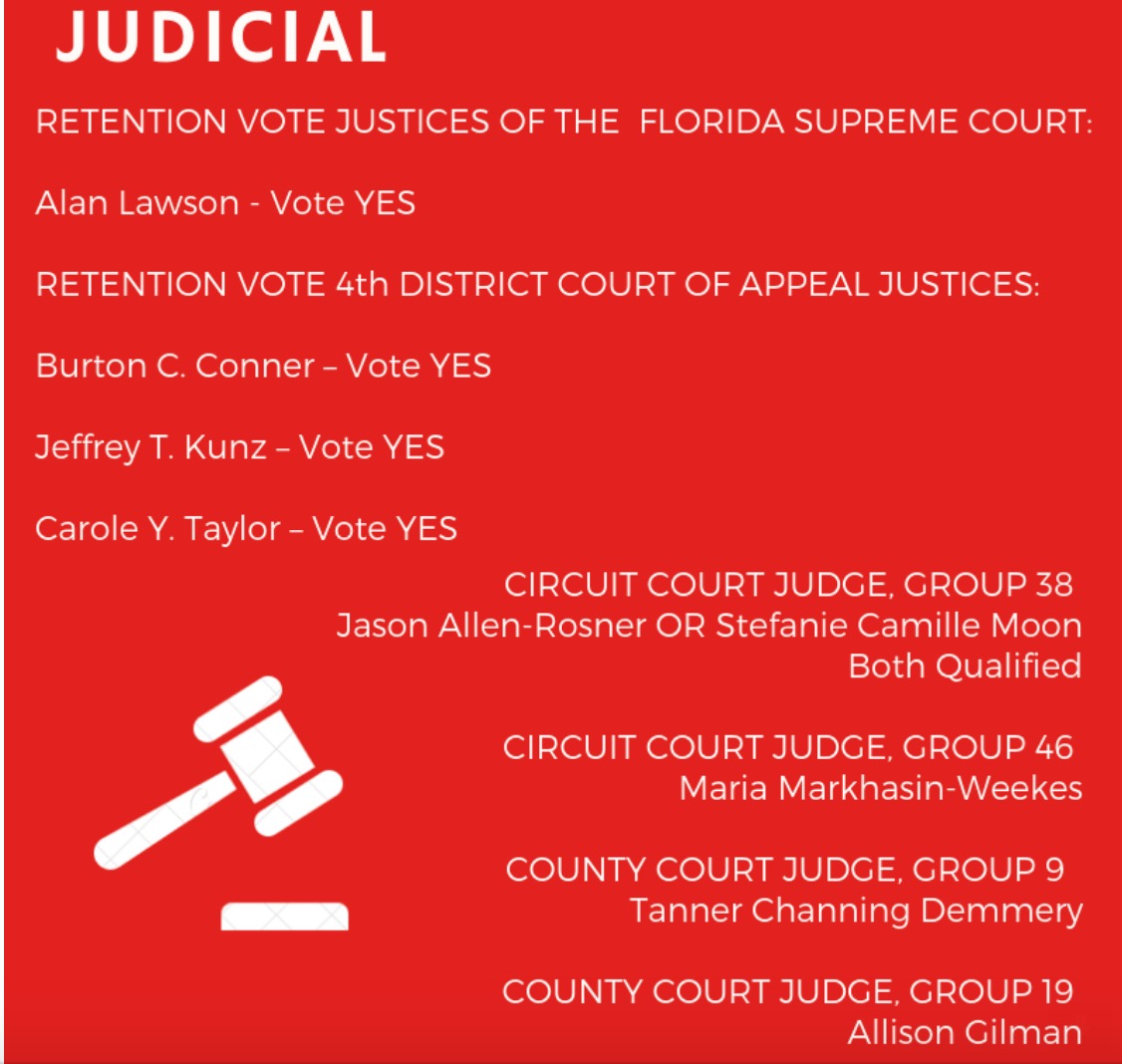 This is more failed leadership.

With these kind of pro-Democratic, anti-Republican actions, there is no wonder that Republican voter registration throughout the county continues to plummet.

Independents continue to outnumber Republicans by 75,000 registered voters. This is an embarrassment. (Read more)

Ever since the failed and questionable BREC leadership grasped the reigns of the local GOP in 2011, Democrats have managed to ‘own’ Republicans in GOTV efforts.

Democrats are crushing Republicans in voter registration by 337,000.

Oh, I almost forgot to mention that this is the same BREC board that invited Broward County School Board Superintendent Robert Runcie to address the group.

This is also the group that elected Rupert Tarsey (Ditsworth), the claw-hammer-wielding Secretary that beat a young woman half to death by striking her 40 times that hammer. TARSEY  IS SAID TO BE LOOKING TO RUN FOR CHAIRMAN OF BREC THIS DECEMBER. WAIT FOR IT…WAIT FOR IT…LOL!!!

According to Barcay’s statement to police, Tarsey eventually parked the car. He then allegedly pulled a hammer from a backpack and started hitting her over the head with the tool multiple times. He then left the car, opened the passenger’s door and pulled her out while choking her before driving away.

According to the Times, Tarsey’s parents rushed him into psychiatric treatment as Barcay recovered painfully and eventually attended the school prom in a wheelchair.

At first, prosecutors filed the case in juvenile court but it was dismissed. Later, they tried it again in adult court.-Daily Mail (Source)

This is not the party of Trump. Learn more about the local Democratic-like GOP group here.