By Michael J Nellett / The Western Center for Journalism
inShare5 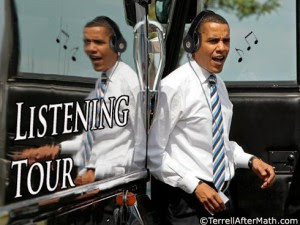 This past Friday, a reporter from the Daily Caller started a firestorm by daring to ask President Obama a question about him giving about 800,000 ILLEGAL immigrants amnesty before Obama had finished his statement. The reporter then had the audacity to ask the question again! The lame stream media was furious that decorum had been trampled on by an upstart “blogger” because the “Daily Caller” is nothing more than a right-wing propaganda machine! So say those on the left about ANY news organization that doesn’t keep in lockstep of praise for “the Leader!

”The reporter, Neil Munro, has asked a question that Obama really couldn’t answer. “With unemployment for our young people at 11% and unemployment for black youth at 14%, why are you putting more youth, especially ILLEGAL youth, into the workplace?” (I paraphrased the question.) Munro also had another reason for asking the question when he did. Obama NEVER takes off-the-cuff questions from the press when he holds a news conference. Obama simply makes a statement to the public and then walks away unchallenged! Obama acts like he is not to be questioned on any of his policies or statements. Behold the King!

Obama is heralded as such an “articulate speaker”, but it seems that away from a teleprompter, the man is totally at a loss for words. When Obama hasn’t been in front of a teleprompter, he has made some classic gaffes. So now with a reporter holding Obama’s feet to the fire as he tries to explain an unconstitutional act of amnesty, Obama and his attack dogs are trying to hide behind the “Office of the President” as an excuse NOT to have to answer an embarrassing question.

To all the talking heads and pundits out there who are roundly criticizing Neil Munro for his…gasp..breach of decorum, let me remind you that the man in the office represents what that office means! The man in the Oval Office blatantly violated the Constitution that he publically swore to uphold, and all the Lame Stream media are worried about is some “right-wing journalist ” violating the “decorum” of the office of the Presidency? Why don’t you so-called “establishment” journalists, or cheerleaders, or whatever you are, start demanding that this man answer questions instead of dictating to the American people. Obama is, after all, the most “transparent” President since forever ….right?

The hypocrisy of this story is unbelievable. Obama embarrasses America by the bowing and scraping that he did in front of foreign leaders on his “Blame America First Tour”; yet, he is NOT to be questioned (“you’re a racist”), criticized (“you’re still a racist”), or interupted when he’s doing something illegal? Obama’s White House ( he says it’s his?) leaks top secret information meant to make him look good just before an election while totally screwing our secret operatives and those of our allies, only to call that accusation “offensive’? Yet, Neil Munro is the villian of the week for interupting his highness!

America needs a cold shower. A good run around the block to get their heart pumping. A new pair of glasses that aren’t rose-colored, and therapy to get rid of the envy and greed that seem to be a hallmark of this administration. Do this please BEFORE you go into the voting booth this November (or fill out your absentee ballot.) Oh and seniors, remember, you are NOT mushrooms…. you don’t need to be kept in the dark or fed BS (about what party is going to do what for you if you vote for them) to grow and prosper. You will be dead, and they will be out of office long before the bill for whatever it is they gave you comes due.

By the way, one last thing, what is it that this immigration story is distracting you from seeing? Obama and his Thugocracy are like magicians; they get you to watch the left hand so that you don’t see what the right is doing. Fast and Furious? Obama’s failed meeting with Russia’s Putin? The bad unemployment numbers? Or maybe it’s the fact that Democrats are strongly criticizing him for not having a campaign message that resonates with voters? Keep your eyes open to see what suddenly appears.
Posted by Diane Sori at 6:45 PM