Op-ed:
Policy Failures and the Blame Game
By: Diane Sori 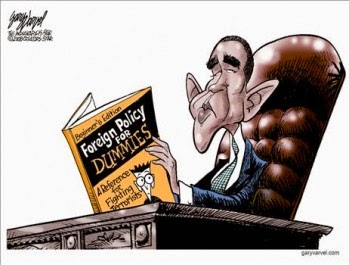 What a leader this man is NOT...always telling us and the world what he and America won't do, won't say, and won't commit to...equating to policy failures on a grand scale. Ambiguous failures at best the party loyal hope, but more like deliberately planned failures concocted to 'aid and abet' the enemy if you ask me.

And the blame game...how this man loves to blame everybody but himself for his policy failures, and how he relishes in playing a game of subterfuge and lies.

Let's just touch upon two...one foreign and one domestic...of his most recent and ongoing policy failures. Gee...what to pick from as there are so many.

Let's start with Obama's current foreign policy failure...the failure known as ISIS... the now 'hot topic' de jour ever since the beheadings of American journalists James Foley and Steven Sotloff. NEVER caring about any of the previous beheadings of those opposed to ISIS...especially NOT caring about the many beheadings of Christians...Obama finally caved to political pressure from both parties, and to his tanking poll numbers being driven downward by his up this point NO action at all. But because those now beheaded where two of our own...with the key word being 'our' NOT his own...Obama had to scramble to save face...to do something to resurrect his popularity amongst his up to this point loyal Democratic base. And so he decided to take what 'We the People' refer to as the barbaric savages on...take them on 'Obama style' that is...as in do as little as possible by continuing the all for show but with NO substance, completely ineffective, 'limited' bombing runs. 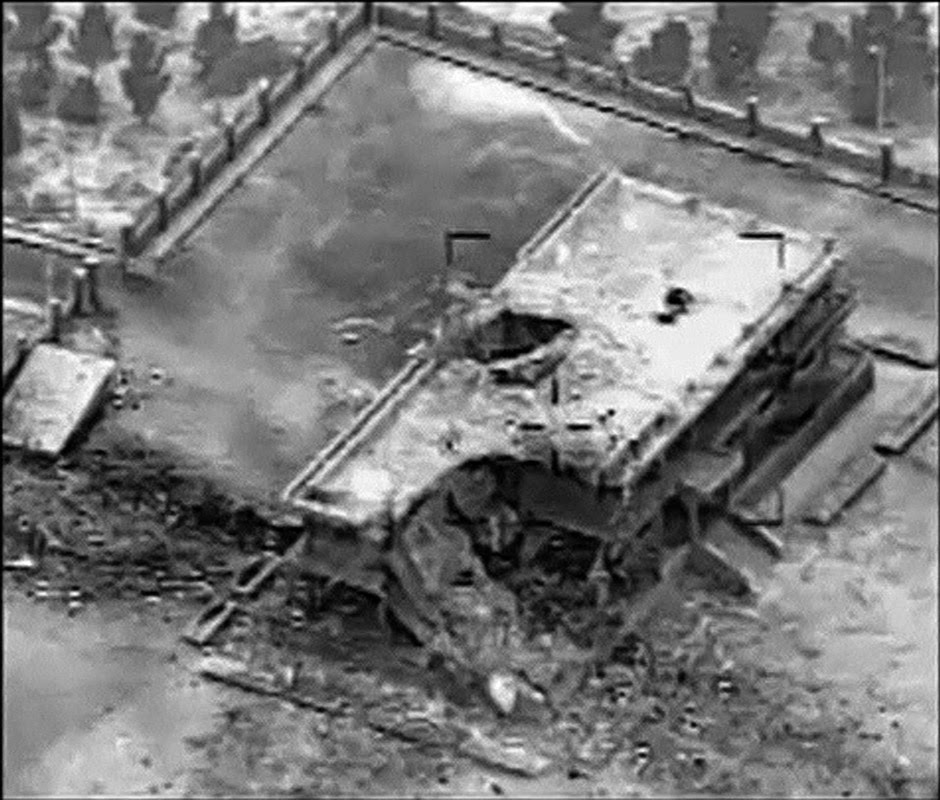 'Limited' bombing runs into Syria where empty warehouses and long deserted terrorist training camps were targeted...'limited' bombing runs that do little to destroy or even slow down an enemy. But Obama knew this when choosing to bomb under the cover of night...where we couldn't see the absurdity in what he was doing...he knew this after announcing to the enemy...to the world...that bombings were on the way. In fact, from the time he informed the enemy that bombings would commence...and knowing that information would allow ISIS' warehouses to be emptied and training camps to be evacuated...ISIS terrorists started mixing in with the local population...hiding amongst civilians like the emasculated sniveling cowards they really are...saving themselves and their weapons caches while 'pin prick' strikes inflicted as little damage to ISIS...and the now suddenly in the forefront group known as Khorasan (actually al-Qaeda)...as they possibly could.

And Obama knew this all and just didn't care for his 'saving face' with his brethren... by means of said 'limited' bombing runs...translates into killing as few of America's enemy...again NOT his enemy...as humanly possible.

And when the empty warehouse and low body count information was found out... what does Obama do...true to form he blames others NOT just for this particular policy faux-pas, but because he had to pass blame for what he knew going in would be ineffective bombing raids...what he knew would just be a waste of our taxpayer dollars. Now passing the blame because he was 'caught' what better place to lay that blame than on the intelligence community who he claims both failed to sum up and present to him both the strength and reach of ISIS.

Directly placing blame on National Intelligence Director General James Clapper... and know this man is NO innocent as he perjured himself about his involvement in the NSA spying on Americans scandal...Obama tried to deflect criticism off his own hoped to be passed off as mere incompetence...that in reality is cleverly and maliciously manipulated incompetence...in an effort to hide the fact that he still considers ISIS to be 'manageable' without the needing to be completely taken out. And so Obama cared little that ISIS was flexing its muscle...that ISIS had captured Fallujah, Ramadi, and Mosul...killing thousands as they did so. But hey, being that he didn't bother to attend 42% of the intel briefings where ISIS was discussed, his very inactions and laize-faire attitude has directly lead to ISIS gaining control of nearly half of Iraq. Iraq...the country that George W. Bush liberated by winning the war...the very country where Barack HUSSEIN Obama now and possibly forever lost the peace. And adding to this deliberate policy failure and the passing of the blame is that we are now engaged in a war with Syria...a nation NOT at war with us...and Obama did this unilaterally without the Constitutionally needed Congressional 'Declaration of War.' And Obama knows damn well that all this causes division within the American voting ranks, allowing ISIS time to grow ever bolder and stronger...to allow ISIS time to move closer to its...and his...oh so-wanted islamic caliphate swallowing up the entire Middle East.

Now Obama's second policy failure and blame passing game is right here at home on our southern border...that is our open, unsecured, free-for-all southern border... where ILLEGALS keep crossing overburdening our outnumbered border patrols. ILLEGALS...the cause of Obama promising to use his pen and his phone to issue an Executive Order to grant amnesty for at least 6 million or more ILLEGALS already living in the U.S. Calculatingly delaying the EO until after the mid-term election because he needs to deflect the amnesty debate off Democrats in the weeks before said election...for Obama knows well that the majority of Americans are NOT in favor of amnesty of any kind. And Obama believes the delay will help make his immigration policies “sustainable” when they are announced and put into effect later this year. 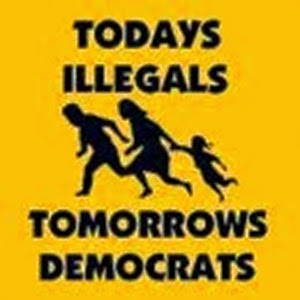 And what is driving his amnesty lust for ILLEGALS already here and his refusing to stop...in fact to promote...the newest influx of ILLEGALS coming here from Central America...is really quite simple for he knows these poverty stricken people can easily be bought with handouts and freebies...raping our health care and welfare systems...in return for them becoming Democratic voters and loyalists for years if NOT generations to come. And Obama doesn't care at all that our children are now getting sick from the diseases their children are bringing in...probably hoping (I believe) that those diseases will somewhat 'cull the herd' of America's still predominately white population.

And with Obama's deliberate manipulation of the electorate with laws in place that protect young ILLEGALS against what would have once been immediate deportation...laws saying that unaccompanied children who come here ILLEGALLY from countries NOT contiguous (as in Mexico and Canada) with the U.S. cannot be sent back...this border mess has hardened...and rightly so...we conservative Americans against ILLEGALS. And NEVER forget that by the very nature of them coming here ILLEGALLY the ILLEGALS are actually criminals, and America by law does NOT have to accept criminals. But this president NOT only accepts them but encourages them to come here...welcomes them with open arms...our current immigration laws be damned.

But running fast and far from the ILLEGAL mess our country currently faces, Obama places blame for NOT only the border disaster itself, but for the ILLEGAL crisis in general on, of course, Republicans for NOT passing his comprehensive immigration reform. Blaming Republicans every chance he gets, Obama refuses to take responsibility for a mess of his own creation...a mess he created that he hopes will change both the racial and voting complexion of America forever.

And so these are but two of his numerous policy failures...one foreign and one domestic...but sadly know that as one somewhat pulls back from the public eye another rises to take its place...and right now can you say Ebola.
Posted by Diane Sori at 12:00 AM