'Extent of its failure has been largely ignored by the press' 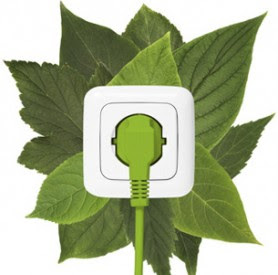 Remember Solyndra? That’s where taxpayers lost hundreds of millions of dollars after the Obama administration handed out money and the company took it and went out of business.

But how about Evergreen Solar? Or Beacon Power? Or EnerDel subsidiary Ener1?

They also took taxpayer money from the Obama administration for their “green” energy projects, and then filed for bankruptcy.

In fact, a new report from the Heritage Foundation says, “So far, 36 companies that have received federal support from taxpayers have either gone bankrupt or are laying off workers and are heading for bankruptcy.”

“It is no secret that President Obama’s and green-energy supporters’ (from both parties) foray into venture capitalism has not gone well. But the extent of its failure has been largely ignored by the press. Sure, single instances garner attention as they happen, but they ignore past failures in order to make it seem like a rare case,” the report said.

“The truth is that the problem is widespread. The government’s picking winners and losers in the energy market has cost taxpayers billions of dollars, and the rate of failure, cronyism, and corruption at the companies receiving the subsidies is substantial. The fact that some companies are not under financial duress does not make the policy a success. It simply means that our taxpayer dollars subsidized companies that would’ve found the financial support in the private market,” the report said.

The report, by Ashe Schow, said, “The problem begins with the issue of government picking winners and losers in the first place. Venture capitalist firms exist for this very reason, and they choose what to invest in by looking at companies’ business models and deciding if they are worthy. When the government plays venture capitalist, it tends to reward companies that are connected to the policymakers themselves or because it sounds nice to ‘invest’ in green energy.”

The report noted the $80 billion set aside in the 2009 stimulus to fund politically preferred energy projects, and documented “at least 10 percent has gone to companies that have since either gone bankrupt or are circling the drain.”

Among those commenting on the report were several who objected to Obama’s actions.

And Falcon said, “He’s demonstrated he has no clue how economics work.”

The companies cited were: (Money listed is how much was offered, and does not include other state, local or federal tax credits and subsidies. Asterisk notes that the company has filed for bankruptcy)
The total? More than $10 billion.

Previously, it was reported A123, the maker of electric car batteries, sought bankruptcy to allow “the company to provide for an orderly sale of the automotive business assets and and all other assets and business units,” the company said.

About the same time, the Washington Times found a series of emails from solar power giant BrightSource Energy Inc. showing how the company “applied political pressure and used behind-the-scenes cajoling to win a $1.6 billion loan guarantee.”

And the IRS has argued regarding Solyndra that the bankruptcy plan “amounts to little more than an avenue for owners of an empty corporate shell to avoid paying taxes.”

“The undeniable conclusion is that tax benefits drive this plan,” attorneys for the IRS told the bankruptcy court.
Posted by Diane Sori at 5:41 PM