In a article, we indicated that the U.S. Census' data on the value of U.S.-China international trade was overstating the growth in the value of that trade because of the falling value of the U.S. dollar with respect to China's currency, the renminbi (or as its often referred to in foreign exchange, the yuan):

Here, we see that the growth of China's exports to the United States is continuing its trend of slow growth, while following its typical seasonal pattern. Typically, China's exports to the U.S. peak each year in the period from August to October, in advance of the U.S.' holiday shopping season.
In reality, because the value of the U.S. dollar has been falling with respect to the value of China's currency since early 2010, the value of trade shown in the chart above represents a lower quantity of actual goods and services traded today than what similar values in 2010 would indicate.


Today we're going to show that's exactly the case. In our first chart, we're showing the value of goods and services imported by the United States from China priced in both U.S. dollars, as reported by the U.S. Census, and priced in Chinese yuan, going by the official exchange rate recorded by the U.S. Federal Reserve. 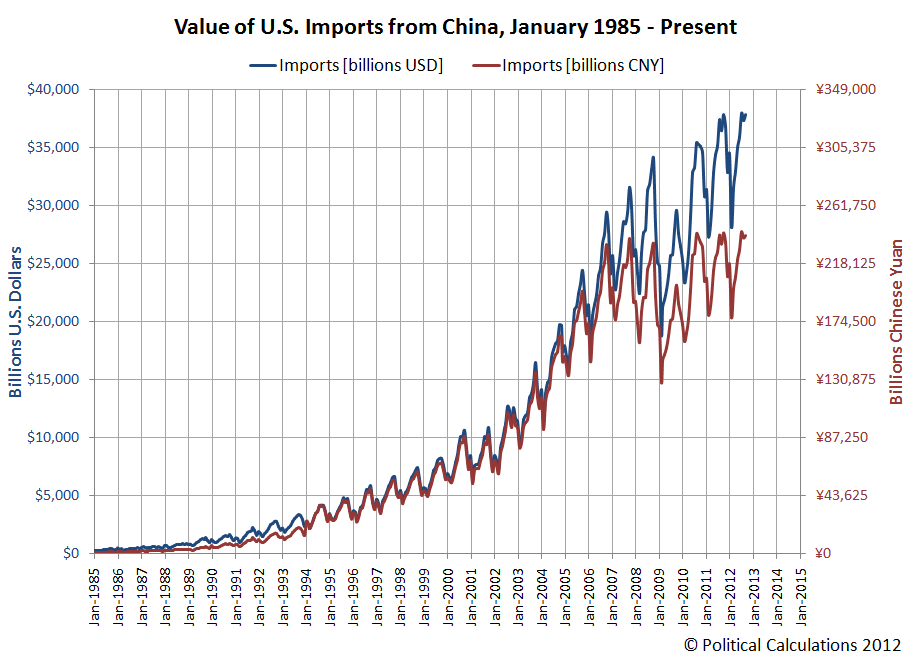 With that visual adjustment made, we discover that from the Chinese perspective, there has been almost no increase in the value of China's exports to the United States since 2010, and very little growth since 2007.

Our second chart shows how U.S. exports to China have fared in terms of both U.S. dollars and Chinese yuan: 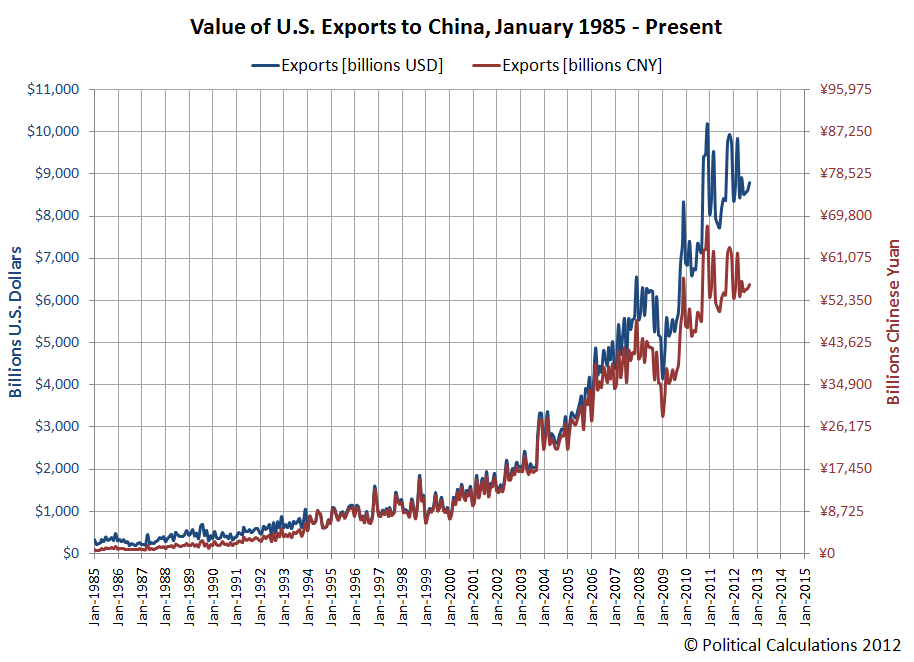 Measured in terms of China's currency, we find that the value of U.S. exports to China has actually been declining since they peaked in January 2010, which coincides with the peak of that nation's economic stimulus spending, which it had earlier specified on 6 March 2009. (The announcement of how the Chinese government would implement its massive stimulus program is the economic event that finally arrested and reversed the steep decline of the U.S. stock market at the time following the U.S. fiscal crisis of 2008.) 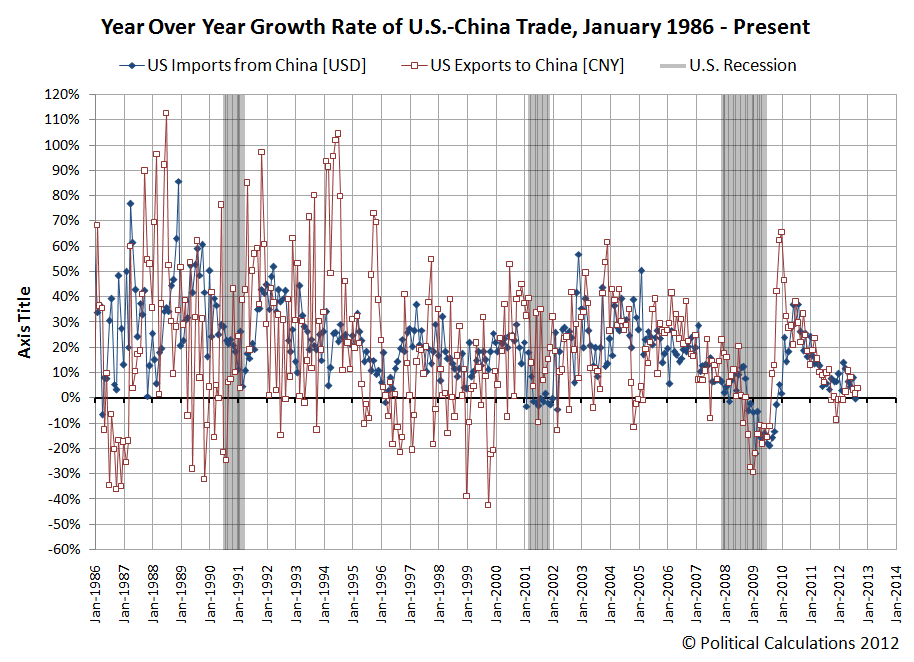 Through September 2012, we find the year-over-year growth rate of trade between the two nations is at near-zero levels of growth, indicating near recessionary conditions if we take this measure as an indication of the relative health of the economies of both nations. But perhaps the real news is what factoring in the falling dollar does for our impression of the health of China's economy.

Previously, using just the U.S. dollar-based growth rate of U.S. exports to China, we found that China's economy had entered into recession in December 2011.

But after factoring in the falling value of the dollar over time, which results in the growth rate of trade between the two nations being overstated on the Chinese side of the trade balance, we find that China's economy really slipped into recession some two months earlier, in October 2011. This month coincides with the beginning of a period of contraction for China's manufacturing industries.

Going forward, we'll be using this improved version of our trade growth rate chart in our analysis of the relative economic health of both the United States and China.
Posted by Diane Sori at 5:39 PM