Op-ed:
A Scenario We Cannot Allow to Happen
By: Diane Sori / The Patriot Factor / Right Side Patriots on CPR Worldwide Media cprworldwidemedia.net

Just imagine that today is January 20, 2017, and on this beautiful cold and crisp day newly-elected President Julian Castro is walking up to the podium to assume the office of the presidency. What... wait... Julian Castro...an avowed socialist with in-your-face communist leanings is being sworn in as Commander-in-Chief...what the hell happened... how did we lose again...how...how...and why...

The 'how' is the easy part...the 'why' is a bit more complicated...but the outcome has sadly doomed our country for many generations to come.

Like I said, the 'how' we again lost is easy...simply...four million uber-religious and/or fed-up Conservatives repeated their previous mistake from four-years ago of either staying home and NOT voting or voting but throwing their vote away on unelectable third party candidates...whining like babies and deliberately defiant in nature all because just like in 2012 their candidate of choice did NOT get the nomination. And while 'why' we lost is somewhat for the same reason, this new loss goes even deeper, all the way to the media generated and perpetrated rift between secular Conservatives and religious Conservatives...that along with the cleverly crafted and highly successful Democratic pandering for the Hispanic vote I might add.

Now imagine it's Wednesday, November 7, 2012, more specifically the day after Mitt Romney...a truly good man...lost to Barack HUSSEIN Obama...a true traitor to all our beloved America stands for. And while many reasons for Romney's loss were spewed out ad-nauseum by the talking heads on both sides of the political spectrum, certain key points as to why he lost do unfortunately ring true. First and foremost is the four million uber-religious far right sorts who found Mitt Romney NOT to be their particular brand of Christian tea. “Better a muslim we know than a Mormon we don't know” was their battle cry and I hope they're happy with the damage they've caused all because they viewed Mormonism as a cult. And by their simple act of staying home or writing 'Jesus' on the ballot this NOT only took a vote away from the truly good man, but put that vote into the tally count of the man they loved to claim they opposed but obviously did NOT.

And what's saddest of all is that these very same folks...folks who believe that history...even political history...has already been written as per what they consider 'God’s will'...proved for all to see that they were and still are so far to the right that they actually do shake hands with the left...making the above mentioned 2017 scenario a very real and quite scary possibility. 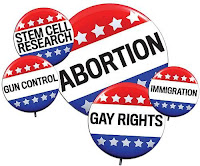 And in 2012, along with the religious right, were those who were NOT particularly religious per se, but still did NOT vote for Romney based strictly upon his stance on the social issues...Romney being more 'moderate' if you will on what are actually state's issues...issues like abortion, gay marriage, stem cell research, and such. Well, these same folks are already calling to task the announced 2016 Republican candidates for NOT seeing things exactly as they do on each and every social issue. And these folks will again cast wasted third party votes or write in obscure candidates NO one ever heard of just to try and prove how morally altruistic they are...proving instead their utter selfishness for to them it's their way or NO way...period.

Forgetting the fact that NO one agrees with a candidate 100% of the time...those who claim they do are either lying or blindly following just like the Obama 'lambs to the slaughter' sheeple do. They did this to Romney... they'll do it to whomever gets the 2016 Republican nod if it's NOT their particular candidate of choice...again opening the door to my above mentioned 2017 scenario. And let's NOT forget that a Democratic White House would be the one choosing the next SCOTUS appointees and you know what that means for the social issues now don't you. 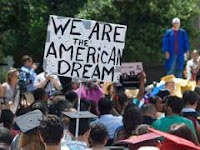 And again like in 2012 we have the Hispanic issue to deal with but this time even more so. While Romney carried the white vote by 58% the Hispanics were a force to be reckoned with especially since Romney was against the 'DREAM' Act and was in favor of so-called 'self-deportation' for what the left loves to refer to as 'undocumented immigrants'...ILLEGALS...resulting in 70% of Hispanics voting for Obama. And if our candidates and 'We the People' do NOT address the immigration issue in a logical unemotional way it will happen again. Some form of immigration reform whether we like it or NOT is on the horizon. There will NEVER be mass deportations of 21 million people... maybe of the criminals...and hopefully so...but NOT of the masses...and the DREAMERS will NOT be sent back to countries they know NOTHING about...that is reality. Instead we should hold the upper hand in whatever immigration reform takes place and that can only happen by making sure my above mentioned 2017 scenario NEVER takes place.

And while we're still hovering in November 7, 2012, lets discuss the 'moderates'... 'centrists' some like to call them...those Romney failed to appeal to NOT because of his personal views per se, but because of all the social distractions used to keep him focused on this, his weak area, allowing Obama to secure in his tally centrist voters of both parties. And this focus on the social issues...Obama's prime agenda...oh so successfully distracting many from what was truly important and said social distractions led in turn to the rise of ISIS and such. We cannot allow that to happen in 2016...and Hillary is already laying out just that type of social agenda campaign what with her continuation of the fabricated 'War on Women' and such. We cannot fall into the trap of media-hyped nonsense...wedding cakes and pizza parlors must NOT take precedence over national security issues, the savages out to kill us all, the economy, jobs growth, ObamaCare, etc. or we will lose again.

We also must NOT allow ourselves to fall prey to the Obama/Sharpton self-promoted, pocket-lining, race war that they alone have started. We must NOT be afraid to speak our minds, to stand-up for our police, to say the words 'black thug,' 'hoodlum,' or even 'white trash' if need be as the fodder that is political correctness will get us NOWHERE...the truth alone NO matter how brutal will be what brings our side to the polls. The only ones served by political correctness are the very ones who have everything to lose and in this case it's the left. The simple fact is that only the left is well-served when our side bows to their whims as happened in 2012. Remember, Romney bowed to both political correctness and tried to be Mr. Nice Guy when he failed in the debates to attack Obama on the truth about Benghazi, and that signaled the start of his downfall as our side whined a bit but did NOTHING of substance to remedy it. That my friends cannot happen again or the White House will remain a most traitorous shade of blue. 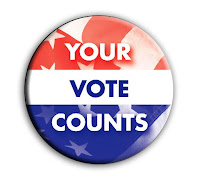 Now let's deal in real-time as the 2016 election is fast approaching, and let's talk numbers. Numbers ...probably the most important word you will hear Craig and I say on our 'RIGHT SIDE PATRIOTS' radio show and in many of our articles. Elections, as you know, are won or lost based upon numbers. Good intentions, good policies, lots of cash flow, all mean NOTHING without numbers. Even in 2012 where proven instances of voter fraud and voter manipulation happened, those numbers actually were small compared to the final all-important, race determining count. It's the 'stack' of numbers coupled with the ethnic make-up of those numbers that matters...for example, in the Obama/Romney election 13% of the vote was cast by blacks with 13% going in Obama's column; 10% of the vote was cast by Hispanics with most of that going to Obama; and 19% of the ballots were cast by those under 30...a demographic that Romney completely overlooked. Add those numbers together and Obama’s base was upped by five to six points, giving him his victory over Romney.

We have been given one more chance to take back our country...let's NOT blow it again because of misplaced altruism, religious dogma, personal views on morality, or any number of other things. Lets stage the 'Second American Revolution' next November by uniting together as one powerful Conservative voice behind whomever finally gets the Republican nomination and get that person into the White House...we can deal with any of their political peccadilloes later on...for if we do NOT my above mentioned scenario will become reality and our beloved America will be lost NOT just for generations but maybe forever...and that fault will lie directly on the shoulders of those who stayed home and did NOT vote, those who voted third party, and with those who wrote 'Jesus' on the ballot.

And that my friends is the truth as I see it...period.
Posted by Diane Sori at 12:00 AM