Statements about nuclear program in conflict 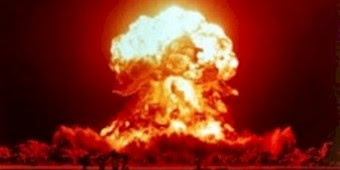 WASHINGTON – Comments made by Israeli military Chief of Staff Binyamin “Benny” Gantz in recent days that he doubts Iran has decided to build a nuclear bomb on the surface may appear to be at serious odds with the thinking of Israeli Prime Minister Benjamin Netanyahu, in which case the Israeli military chief would be expected to resign within a week, according to a report in Joseph Farah’s G2 Bulletin.

Unless Gantz planned for an early retirement, his comments had to be approved by political authorities, which suggests his public statement may be part of an Israeli strategy to keep Iran off guard on exact Israeli intentions of whether to attack its nuclear facilities – or not.

The public disagreement on its face may appear to show a serious difference between the military and political leaders, but sources believe it may be a calculated effort to keep Iran guessing what Israel will do.

Gantz suggested that as long as Israel threatens to attack Iran will decide not to develop nuclear weapons.

In a recent interview with the Israeli newspaper Haaretz, Gantz said that he did not believe that Iran had made a decision to build nuclear weapons, despite having a nuclear development program.

Iran is going “step by step to the place where it will be able to decide whether to manufacture a nuclear bomb,” Gantz said. “It hasn’t yet decided whether to go the extra mile.”

Gantz added that Iran would build a nuclear bomb if it thought there would not be a military consequence but had not made that final decision because of the prospect of a military attack on its facilities.

Gantz tempered that assessment by saying that the further Iran progresses with its nuclear program, the “worse the situation is. This is a critical year, but not necessarily ‘go, no-go,’” Gantz said. “The problem doesn’t necessarily stop on December 21, 2012.

“We’re in a period when something must happen – either Iran takes its nuclear program to a civilian footing only or the world, perhaps we too, will have to do something,” Gantz added. “We’re closer to the end of the discussions than the middle.”

The Israeli military chief’s comments mirror those of U.S. military officials who similarly have determined that Iran hasn’t decided yet to develop a nuclear weapon as part of its nuclear development efforts.

In the view of some regional observers, Gantz appears to be distancing himself from Netanyahu, who, sources say, gets his perspective from the ideology of the Islamic republic, “arguing that its religious foundations trump rational calculation,” according to the open intelligence company Stratfor.

In public statements, Netanyahu is of the belief that Iran is on a path to make nuclear weapons, using its nuclear development program as a cover for such an undertaking. He further believes that unless those nuclear facilities are destroyed, and soon, Iran will have reached the point of enriching weapons-grade uranium to construct a nuclear bomb.

For Israel, sources point out, any attack on Iran would be a major military undertaking. In addition, the element of surprise most likely would be gone, since the intelligence services of Iran and such friends as Russia and China are watching developments very closely and would provide militarily useful information.
Posted by Diane Sori at 9:07 AM