Op-ed:
From hostage taker to U.N. ambassador
By: Diane Sori

“Willfully, deliberately, insulting, and contemptuous..."
- Senator Ted Cruz
The Iran Hostage Crisis of the late 1970's was a page directly from the devil's playbook. On November 4, 1979, a crowd of about 500 students seized the U.S. Embassy in Tehran, and of the approximately 90 people inside the embassy at the time, 52 American diplomats and eight private citizens were taken hostage and tortured off and on for 444 days. Showing their support for anti-American cleric Ayatollah Ruhollah Khomeini and the Iranian Revolution...a revolution to break with Iran’s past and end American interference in Iran's affairs...the hostage takers finally set their captives free on January 20, 1981, mere hours after Ronald Reagan delivered his inaugural address. And why now and NOT on Jimmy Carter's watch...it was simply because they feared retaliation from a Republican president if they did NOT. And our relations with Iran have gone downhill since then.

And now the ghosts of the hostage crisis have come back to haunt as Iranian career diplomat Hamid Aboutalebi, a member of the very muslim students group who took the hostages...a man with close ties to Iran's new president Hassan Rouhani and to Mohammad Khatami, a reformist former president....and a man who has held key postings in the past including serving as Iran's ambassador to Italy, Belgium, and Australia...has been tapped by Iran to be their next envoy to the United Nations...or what I call the U(seless) N(ations).

But there is a caveat...a big caveat...to this appointment as Hamid Aboutalbi appears to have taken an active part in the hostage taking. Claiming he did NOT take part in the torture of the hostages, but just had been "summoned" when needed to serve as a translator, Aboutalebi’s even remote connection to the hostage crisis has elicited anger...and rightly so...from former U.S. hostages.

Even though Aboutalebi played down his role during the hostage crisis, former hostage John Limbert said he has questions about Aboutalebi's stated role as a 'supposed' translator. "I'm not sure exactly what he means by 'translator'"..."For whom and where?" he said.

"It's a disgrace if the USG (U.S. government) accepts Abutalebi's visa as Iranian Ambassador to the U.N.," said former hostage Barry Rosen. Adding, "It may be a precedent but if the President and the Congress don't condemn this act by the Islamic Republic, then our captivity and suffering for 444 days at the hands of Iran was for nothing." 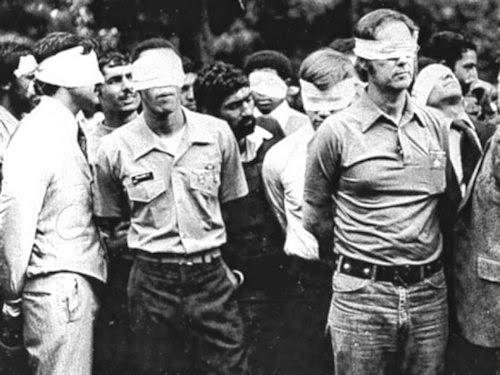 "He can never set foot on American soil," Rosen continued and how right he is, and I believe it is both morally and inherently wrong for him to do so. This appointment makes a mockery out of what the hostages faced for 444 long days and nights...the fear they faced...the torture they faced...and the U.S. must NEVER allow anyone who took part in hostage taking to be welcomed into this country in any capacity whatsoever.

And while Marie Harf, a State Department deputy spokeswoman, called the appointment of Aboutalebi “extremely troubling,” and while the U.S. has a veto in the United Nations Security Council by virtue of being one of the council’s five permanent members, the Obama administration knows that it has NO legal right per se to intervene for we are bound by a 1947 protocol that grants almost total immunity to the diplomats of national missions serving at the U.N. So while we severed diplomatic ties with Iran in 1980, the U.S. is still required to allow U.N. diplomats to come to New York under its host country agreement with the U.N. However, we still have the right to refuse visas to those seeking to work as diplomats in the United States.

And even if Aboutalebi receives a visa to represent Iran at the U.N., thankfully he will NOT be free to come and go as he pleases. Iranian diplomats, like the envoys of North Korea and Syria, are confined to a radius of 25 miles from Columbus Circle in Midtown Manhattan. So while this case is quite different than most others, Harf still said,“...we do take our obligations as host nation for the United Nations very seriously.” 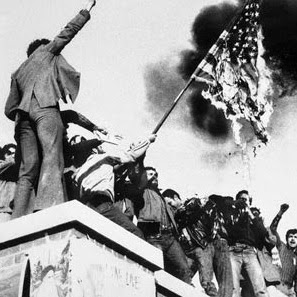 Translation: the Obama administration and Barack HUSSEIN Obama himself will most assuredly give Aboutalebi his needed visa...first because he's an islamic brethren, and second because Iran's U.N. mission...the only diplomatic operation in the U.S...has played a role of sorts for unofficial exchanges of messages between Washington and Tehran...messages concerning nuclear issues and the release of any U.S. citizens held in Iran.

So now some members of Congress have stepped into the fray demanding that Aboutalebi be barred from living and working in the U.S. And Senator Ted Cruz (R-TX) said, "This person is an acknowledged terrorist," and added that he will introduce legislation that would require Obama to deny a visa to any UN applicant... including Aboutalebi...determined to have engaged in terrorist activity.

“It is unconscionable that, in the name of international diplomatic protocol, the United States would be forced to host a foreign national who showed a brutal disregard for the status of our diplomats when they were stationed in his country,” Cruz said.

Bottom line...as Iran remains an enemy NOT a negotiating partner with whom we have minor differences with...the Obama administration could simply deny giving Aboutalebi a visa on national security grounds. But like I said he shows NO signs of doing so. And yet another slap in the face to America has been done by this most miserable of presidents and has been done as well to the surviving hostages taken all those years ago.

And that is the saddest thing of all.
Posted by Diane Sori at 12:04 AM