Today we celebrate our beloved America... tomorrow our fight for her survival continues
By: Diane Sori

“When in the Course of human events, it becomes necessary for one people to dissolve the political bands which have connected them with another...” 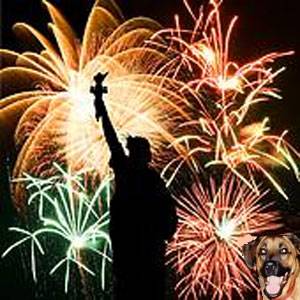 And so was born the United States of America.

But no matter how you choose to date our beloved America, today is the birthday of the greatest nation the world has ever known.

And hopefully, so shall she remain.

Today, America is at a crossroads with two ways to go.  Do we return to our roots laid out so eloquently in the Preamble to our Constitution, “We the People of the United States, in Order to form a more perfect Union, establish Justice, insure domestic Tranquility, provide for the common defense, promote the general Welfare, and secure the Blessings of Liberty to ourselves and our Posterity, do ordain and establish this Constitution for the United States of America.”  Or do we follow Barack Hussein Obama down the path to socialism...I know I prefer the first path.

Do we believe with all our hearts the words of our Constitution that say, “We hold these truths to be self-evident, that all men are created equal, that they are endowed by their Creator with certain unalienable Rights, that among these are Life, Liberty and the pursuit of Happiness.”  Or do we once again follow Barack Hussein Obama down the path to socialism or worse...to communism...again, I prefer the first path.

Do we trust our government to uphold the Bill of Rights when it says, “Congress shall make no law respecting an establishment of religion, or prohibiting the free exercise thereof; or abridging the freedom of speech, or of the press; or the right of the people peaceably to assemble, and to petition the government for a redress of grievances.”  Sadly, under the presidency of Barack Hussein Obama we cannot.

So what are ‘We the People’ to do as I can only speak for myself.

I know this proud American will follow the Preamble to the Constitution and help our country return to that more ‘perfect union’ by helping to get out the vote so that ‘the enemy within’ will no longer be able to hurt, divide, and conquer my beloved America by turning her into something unrecognizable to me.

I know this proud American will heed the words of the Constitution when it says, “endowed by our Creator” and work hard to help restore our people’s faith and trust in God the Almighty, because without Him our moral compass simply does not work.

And I know this proud American will fight for all I’ve said, for all I believe, and even give my life if need be to assure that all our children and grandchildren know the America that our Forefathers intended her to be and NOT to have to know the country ‘formerly known as America’ that Barack Hussein Obama wants her to be.

Happy Birthday America, may God Bless you always, and may you live on through eternity...always as the “Land of the Free and the Home of the Brave.”

And hopefully on November 6th you'll be Barack Hussein Obama free.
Posted by Diane Sori at 12:06 AM