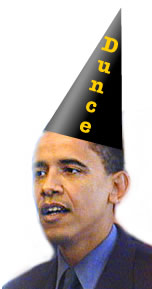 Did Obama have justification in asserting Executive Privilege to protect his Attorney General, the very man who withheld subpoenaed documents he claimed needed to be kept secret for security reasons?  I don’t believe Obama did nor does Speaker of the House John Boehner.   Boehner is going full steam ahead with a civil suit against Holder and the DOJ to try and get those very documents.  Boehner is left with no choice because the DOJ will NOT prosecute Holder (their boss), nor will they release those documents even with Holder being found in both civil and criminal contempt of Congress.   And while he’s at it, Boehner is also going after Obama for extending Executive Privilege to Eric Holder, a questionable move at best.

Gee, I wonder what they’re hiding, wink, wink.  Let me guess...could these documents give away Barack Hussein Obama’s hand in Fast and Furious...or could these documents be the ones that lay the groundwork for Obama’s trying to implement gun control and take away our Second Amendment rights...what other reasons could there possibly be to withhold them...in a word, NONE.

With his asserting Executive Privilege to protect Holder, Obama is saying that this privilege can cover not only himself but his department heads as well.  However, this privilege is usually asserted only for documents and correspondence between the president and his senior advisers NOT for documents and correspondence between the president and a head of a government agency.  Executive Privilege does, however, allow Obama to withhold from Congress documents revealing internal communications within the Executive branch of government that he wants to remain confidential, and unfortunately, the DOJ falls into this realm.

In a letter to Obama, Committee Chair Darrell Issa said, "Courts have consistently held that the assertion of the constitutionally-based executive privilege ... is only applicable ... to documents and communications that implicate the confidentiality of the president's decision-making process."

Did Barack Hussein Obama actually implicate himself in the Fast and Furious scandal by mistakenly asserting Executive Privilege to protect Holder...I believe he most certainly did.

And while the DOJ is technically part of the Executive branch of our government does that give Obama the right to issue Executive Privilege when it’s being used to hinder the investigation into the murder of one of our Border Patrol Agents?  Personally, I don’t believe it does nor should it, as finding who murdered Border Agent Brian Terry must be made top priority with all information that could lead to that finding turned over immediately.  What gets me is why our president would even want to hinder such an investigation.

Again, we can pretty much guess why.

Bottom line...Speaker Boehner is well within the law in trying to challenge and have revoked Barack Hussein Obama’s issuing of Executive Privilege to protect Eric Holder and, let’s cut to the chase, to protect himself, because we know, and he knows we know, that he is knee-deep in Fast and Furious.

Let’s just hope that the White House doesn’t 'get' to Speaker Boehner, and that he follows through and is successful in getting this privilege revoked.  And I can most assure you that Barack Hussein Obama will be one very unhappy camper if Boehner does indeed succeed.
Posted by Diane Sori at 12:18 AM