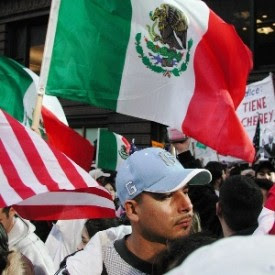 The immigration reform bill would make it illegal for employees to discriminate against the millions of newly documented illegal aliens who would be granted provisional status, a WND review of the legislation has found.
Case of such discrimination would be referred to the Justice Department’s Special Counsel for Immigration-Related Unfair Employment Practices.

The text of the bill makes it an “unfair immigration-related employment practice” for a “person, other entity, or employment agency, to discriminate against any individual because of such individual’s national origin or citizenship status.”
The anti-discrimination law applies to the following:
The bill makes an exception for cases in which a newly legalized alien is competing for the same job with a U.S. citizen or national or against another newly legalized alien provided the two competitors are “equally qualified.”

Another exception is a business that employs fewer than three employees or if discrimination is necessary to comply with federal, state or local law, or a federal government contract.

Employers found guilty of discrimination could be fined a penalty of between $2,000 and $25,000 for each individual discriminated against. The fee depends on the “unfair” employment practice.
Posted by Diane Sori at 9:04 AM