As Expected, Obama Has It All Wrong
by Bob Livingston / Personal Liberty Digest 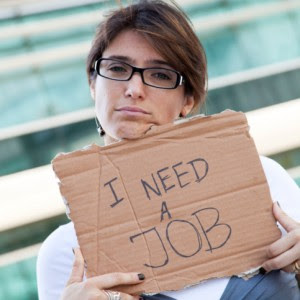 PHOTOS.COM
Barack Obama, the undocumented usurper currently defiling the people’s House, spoke for 67 minutes last Wednesday outlining his latest pivot — the 19th by some counts — to jobs and the economy. He indicated with his policy pronouncements that he intends to perpetuate the current misery through the end of his term, and further destroy the middle class.

“We’ve created over 7.2 million private sector jobs,” Presidential spokespuppet Jay Carney claimed at a recent press briefing. The regime’s propagandists in the mainstream media didn’t correct Carney on one important point. Government does not create jobs without killing a job or jobs somewhere else.

Government creates nothing but misery and heartache. For to “create” a job, government has to steal money from someone in the private sector — either through inflation (money printing) or taxation — and give it to someone else.

Irrationally exuberant government “stimulus” spending began under George W. Bush’s regime as he sought to “save the free market system” by “abandon[ing] free market principles.” But almost five years and trillions of dollars later, here’s what we have:
In his speech, Obama decried the growing inequality between the haves and have-nots.

“Because when middle-class families have less to spend, guess what? Businesses have fewer consumers. When wealth concentrates at the very top, it can inflate unstable bubbles that threaten the economy. When the rungs on the ladder of opportunity grow farther and farther apart, it undermines the very essence of America, that idea that if you work hard, you can make it here.”

This statement demonstrates either Obama is profoundly ignorant of economic theory or he’s deliberately misrepresenting the business cycle to Americans. But none of his policy proposals — he promised to invest billions of dollars to build new infrastructure, improve education, create jobs programs and increase the minimum wage — have historically done anything to improve the economy. In fact, they have been shown to have deleterious effects. And all require a redistribution of wealth to accomplish.

Americans are already overtaxed. There is no more blood to be squeezed form the turnip. That’s not to say that Obama won’t propose more taxes to “pay” for his new policies.

The government/banker system is wide open, devaluing the dollar with the unlimited printing of money. This is economic war, pure and simple; and Americans don’t seem to care one way or the other.

When the money printers print bales of paper money, the dollars already in circulation become worthless. Anybody should understand this debauching of the currency translates to widespread impoverishment. Those who have now will soon be have-nots. No politician or government bureaucrat will reveal this to the American people.

Money printing is a gangrenous rot on society that steals wealth slowly but surely, as gangrene steals life from the patient. But the Federal Reserve is locked into a policy of quantitative easing to infinity.

Any hint that the Fed is going to back off the money printing sends the market into convulsions.

But quantitative easing is as much responsible for the current economic malaise as the stimulus spending.

In his book When the Money Runs Out, Stephen D. King, chief economist of HSBC Holdings, writes:


The benefits of QE have a nasty habit of being channeled to precisely those parts of the economy that are unlikely to respond in a positive way. If, for example, lowering bond yields leads to a rally in stock prices, it will be easier for big, blue-chip companies to raise funds.

Small and medium-sized companies that have little or no access to capital markets and, instead, remain dependent on bank lending, have however derived little or no benefit.

The elected class loves the illusion of wealth created by money printing. A propped-up market is often cited as evidence of a growing economy. But it is merely an illusion, a bubble ripe for bursting.

The elected class loves the illusion of action created by wealth redistribution and “investment” in their pet industries and crony projects.

But neither of these “policies” benefits the middle class. They continue to get squeezed in the vise of taxation and inflation, their wealth pilfered from day by day.
Posted by Diane Sori at 11:53 AM