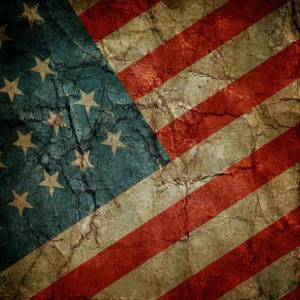 Translated, this means, give of your substance so that we may all be equal.

Altruism is an attribute of the liberal mind. It is based on groupism, which is the concept of egalitarianism.

It is the opposite of individuality and responsibility. It is the basis upon which all redistributive schemes are launched.

The psychopaths walking the halls of power are about to employ it yet again. They want to divest people of their retirement funds in order to prop up the failing regime. They will do so by converting 401(k) plans and individual retirement accounts to government debt. These discussions have been going on for several years.

There is also precedent for this confiscation scheme. It happened as recently as September in Poland.

What you will hear more and more of in the coming months are words like “savings inequality” and “racial inequality.” They will be used to condition simple minds to accept that they are responsible for funding the retirements of the “less fortunate.”

A report by the liberal think tank National Institute on Retirement Security notes that black and Latino households hold much less retirement savings than white households. Among near-retirees, the per-household average savings balance for blacks, Latinos and Asians is $30,000; whites average $120,000 in savings.

I have already reported to you that the Washington, D.C., elites are eying your retirement funds and the discussions are becoming more open. President Barack Obama proposed “automatic IRAs” in his 2013 budget. These would have required business to contribute 3 percent of an employee’s salary to private companies selected by the government in order to fund a pension.

So how do you turn a once-great nation into a banana republic? First, you divide the people against themselves by slowly changing their psyche to collectivism and altruism. Then morality becomes quicksand, and reality becomes spurious and frivolous.

Collectivism and altruism diminish individualism and transforms the mind. Adolf Hitler used this concept to manipulate the German people into false patriotism and self-sacrifice. Now, it’s déjà vu all over again.

Collectivism and altruism are the rot of morality and individualism. The people evolve into nothing more than an expression of the State.
Posted by Diane Sori at 8:53 AM