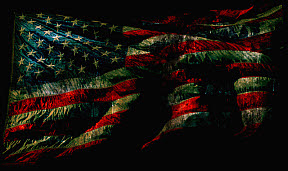 Yesterday, at the end of my article, “Nobody Left to Blame – Part 1 of 2” I said…”With but 2 weeks to go before November 4th, there are only two ways we can lose.”

“Voter fraud perpetrated by liberals or…our own self- implosion.”

Let’s take those one at a time.

Ask a liberal, elected or on the street and they’ll tell you that voter fraud doesn’t exist and when confronted with the proof of it, they STILL claim it doesn’t exist.

There is a reason liberals don’t want voter ID laws as such overbearing laws would force voters to provide a photo ID in order to cast their votes. Oh, the humanity.

ID is required for just about everything from doing business at your bank to buying things like beer and tobacco. Try boarding a plane without a photo ID or buying nail polish at the CVS. You can do neither yet, according to everyone from Obama to the contemptuous Eric Holder, minorities are at a disadvantage where photo ID’s are concerned. They just can’t seem, for unknown and unexplained reasons, obtain a photo ID.