BETO’S TEXAS-SIZED PREDICTION: Beto O’Rourke predicts that if he wins the 2020 Democratic presidential nomination, he’ll take his native state of Texas in the general election ... Speaking with reporters after holding his first event in New Hampshire as a presidential candidate, O’Rourke said, "Yes I think we can win Texas. I think we’ve proven we know how to campaign.” The former congressman also said he would consider lowering the federal voting age to 16, scrapping the Electoral College, increasing the number of justices on the Supreme Court, and eliminating the filibuster in the Senate. 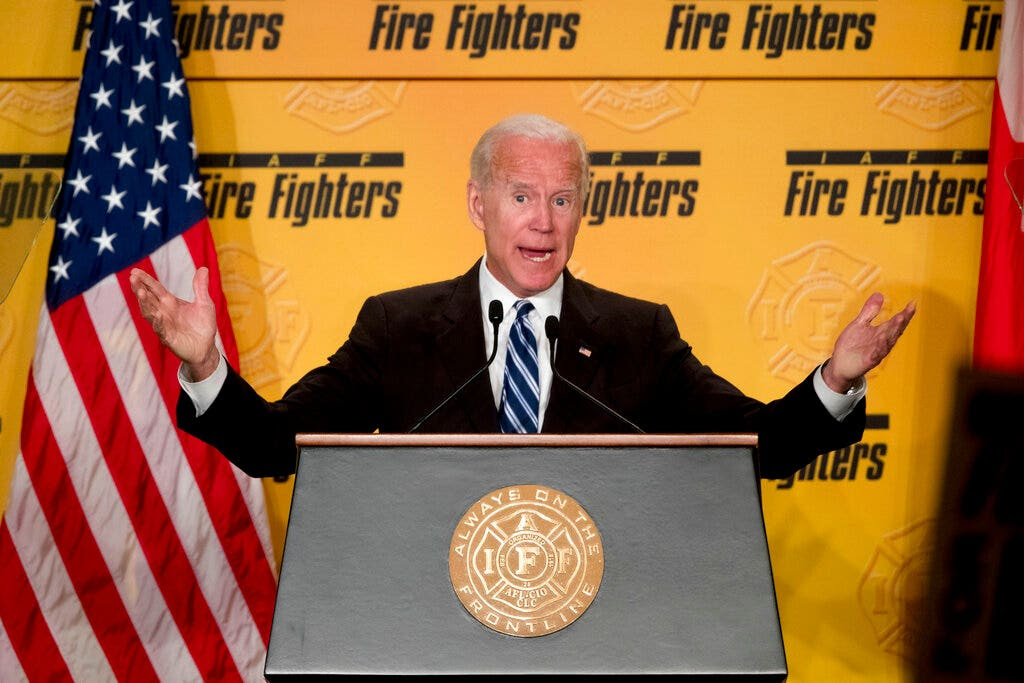 BIDEN APPEARS TO INCH CLOSER TO LAUNCHING 2020 CAMPAIGN: Former Vice President Joe Biden told a group of supporters Tuesday that he plans to run for president in 2020 and needs help securing contributions from donors, according to a report ...  Biden, who ranks high in polls among Democratic favorites, said he wanted to raise cash comparable to what fellow Dems Beto O’Rourke and Bernie Sanders raised shortly after announcing their candidacies, a knowledgeable source told the Wall Street Journal. 'PANICKING' 2020 DEMOCRATS LOOK TO TRANSFORM: In recent days on the campaign trail, various 2020 Democratic presidential candidates, from Sen. Elizabeth Warren to Sen. Cory Booker to Beto O'Rourke, have called for transforming American institutions, like eliminating the Electoral College, changing the way Supreme Court Justices are selected, lowering the voting age and ending "racist" voter ID laws ... Democrats' critics, such as President Trump's senior campaign adviser and daughter-in-law, Lara Trump, told "America's Newsroom" on Tuesday that the party is still upset over the outcome of the 2016 election and is already panicking about 2020.  (Click on the image above to watch the full interview.)
Still, one Democratic presidential candidate, former U.S. Rep. John Delaney of Maryland, thinks it's a waste of time for candidates to talk about the Electoral College.
SUPREME COURT GIVES TRUMP IMMIGRATION VICTORY: The Supreme Court on Tuesday handed the Trump administration a victory in its battle to clamp down on illegal immigration by making it easier to detain immigrants with criminal records ... In the case before the justices, a group of mostly green card holders argued that unless immigrants were picked up immediately after finishing their prison sentence, they should get a hearing to argue for their release while deportation proceedings go forward. But in the 5-4 decision on Tuesday, the Supreme Court ruled against them, deciding that federal immigration officials can detain noncitizens at any time after their release from local or state custody.
(In two other cases, Gorsuch and Kavanaugh were on opposite sides. We have a story up, if you want to add a Related.)
MUELLER PROBE TARGETS - A DEMOCRAT: Former Obama White House Counsel and Clinton-linked attorney Greg Craig may soon be charged by the Justice Department for engaging in illegal unregistered overseas lobbying, in a case initially probed by Special Counsel Robert Mueller ... If charged, Craig would be the first Democrat to face prosecution amid the long-running Russia investigation. 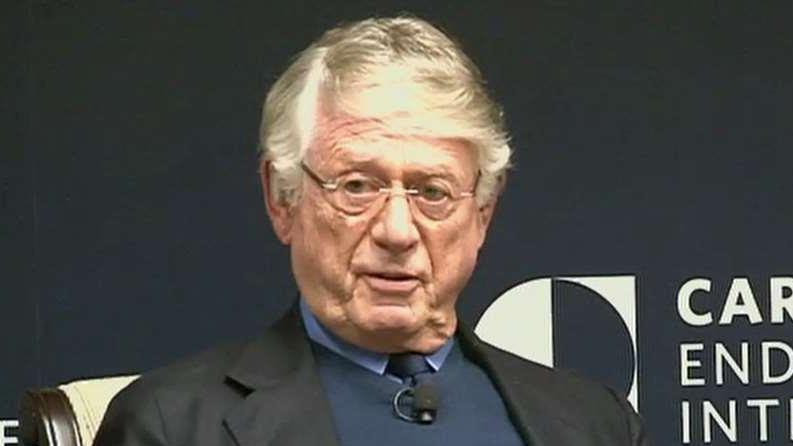 WHY TRUMP - AND KOPPEL - ARE RIGHT ABOUT THE MAINSTREAM MEDIA -  "Those lines of separation have become increasingly blurred and in the age of Trump, as Koppel suggested. They've gone completely out the window because of the sense among journalists that the election of Donald Trump constituted a national emergency and it was their duty as patriots to resist it and to do all that they could to undo this presidency, which they have assiduously tried to do and we see it reflected constantly." – Brit Hume. Fox News senior political analyst, on "Tucker Carlson Tonight," saying his former ABC News colleague Ted Koppel’s comments about the “establishment press” being out to get President Trump are true. (Click the image above to watch the full video.)
TODAY'S MUST-READS
Ocasio-Cortez de-listed from board of Justice Democrats after controversy.
Someone in State Department likely involved in bid to take down Trump: Catherine Herridge.
Gutfeld on millennials’ stresses.
MINDING YOUR BUSINESS
Fox, Disney to close transformative $71.3 billion deal.
Midwest farmers' struggles compounded by devastating floods.
Report: Mike Trout, Angels reach $430M contract extension, richest deal in sports history.
STAY TUNED
On Fox Nation:
What Made America Great, Season 2
Brian Kilmeade travels to historic places and relives the biggest events that shaped our amazing country on “What Made America Great." Watch a preview of the show now.
Not a subscriber? Click here to join Fox Nation today!
Fox Nation is a subscription streaming service offering daily shows and documentaries that you can’t watch anywhere else. Watch from your phone, computer and select TV devices.
On Fox News:
Fox & Friends, 6 a.m. ET: Special guests include: Eric Trump; Abby Johnson, former director of Planned Parenthood; Jim McLaughlin, former Trump pollster.
Fox News @ Night, 11 p.m. ET: U.S. Rep. Devin Nunes, R-Calif., ranking member of the House Intelligence Committee
On Fox Business:
Mornings with Maria, 6 a.m. ET: Special guests include: Kevin Johnson, CEO of Starbucks.
Varney & Co., 9 a.m. ET: Special guests include: Otto Reich, former U.S. ambassador to Venezuela.
On Fox News Radio:
The Fox News Rundown podcast: "Democrats Push to Expand the Supreme Court" - Democrat presidential hopefuls are promoting the idea of expanding the Supreme Court to more than nine justices. Judge Andrew Napolitano, Fox News senior judicial analyst, discusses whether that would be possible. Cuban doctors on medical missions to Venezuela claim they were used as political operatives who promised health care services in exchange for support of Venezuela's embattled President Nicolas Maduro. Fox News' Eben Brown speaks to former U.S. ambassador to Venezuela, Otto Reich, who says this has been going on for years.
Want the Fox News Rundown sent straight to your mobile device? Subscribe through Apple Podcasts, Google Play, and Stitcher.
The Brian Kilmeade Show, 9 a.m. ET: Former DNC Chair Donna Brazile on the Mueller investigation and state of the Democratic candidates for 2020 presidential race.  Adm. James Stavridis on the latest developments in China and Venezuela. Jason Piccolo gives the inside story on his new book, "Unwavering: A Border Agent's Journey from Hunter to Hunted." Bernard McGuirk and Sid Rosenberg, hosts of "Bernie & Sid in the Morning," on March Madness and Los Angeles Angels star outfielder Mike Trout's reported record-breaking $430 million new contract.
The Todd Starnes Show, Noon ET: Todd Starnes speaks with Holmdel High School student Boris Kizenko, who said he was excluded from the school’s National Honors Society List for supporting President Trump.
#TheFlashback
1976: Kidnapped newspaper heiress Patricia Hearst is convicted of armed robbery for her part in a San Francisco bank holdup carried out by the Symbionese Liberation Army.
1969: John Lennon marries Yoko Ono in Gibraltar.
1854: The Republican Party of the United States is founded by slavery opponents at a schoolhouse in Ripon, Wis.
Fox News First is compiled by Fox News' Bryan Robinson. Thank you for joining us! Have a good day! We'll see you in your inbox first thing Thursday morning.
Posted by Diane Sori at 6:58 AM