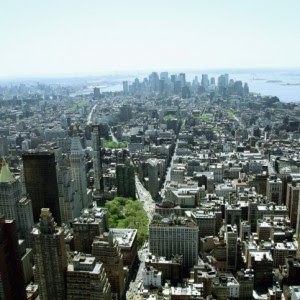 PHOTOS.COM
New York City is sending notices to gun-owning residents — who already must register their weapons and obtain city-specific ownership permits — telling them they must turn in, dispose of or modify any rifles or shotguns equipped to fire more than five rounds of ammunition.

The NYPD is stepping up enforcement of a local gun law that’s been in place for three years, sending out letters to lawful gun owners giving them one of the three options.

This is one of those stories that best unfolds by letting the subject do the talking. Here’s what the letter actually says, with a hat tip to The Truth About Guns blog for posting its contents (the boldface from the original letter is preserved):


It appears that you are in possession of a Rifle and/or Shotgun (listed below) that has an ammunition feeding device capable of holding more than five (5) rounds of ammunition.

Rifles and Shotguns capable of holding more than five (5) rounds of ammunition are unlawful to possess in New York City, as per NYC Administrative Code 10-306 (b).

You have the following options:

1.  Immediately surrender your Rifle and/or Shotgun to your local police precinct, and notify this office of the invoice number. The firearm may be sold or permanently removed from the City of New York thereafter.

2.  Permanently remove your Rifle and/or Shotgun from New York City and provide the following:
3.  You may call to discuss the matter if you believe your firearm is in compliance, or you may request the option to bring your firearm to a licensed gunsmith for a permanent modification and certification proving that it is permanently modified and is in compliance. If you are granted the option of seeking a permanent modification, you must provide proof that the firearm is in the possession of a licensed gunsmith in a timely manner.

The letter goes on to list whichever offending firearms the resident may be guilty of owning.

The administrative code and ordinances governing New York City gun ownership is more restrictive than even that of New York State, which adopted the Secure Ammunition and Firearms Enforcement (SAFE) Act while the shock of the Newtown, Conn., mass shooting was still fresh. The city’s confiscation letter pertains not to the SAFE Act, but to city code.

But the NYPD’s approach could have what New York State Assemblyman James Tedisco described to FOX News as an emboldening effect on local police forces statewide to step up hands-on enforcement of the SAFE Act.

“These letters appear to be another example of the Nanny State,” Tedisco said. “Hypothetically, it can start with a letter, and then that can lead to someone knocking on your door saying, ‘I want to see your gun.’”
Posted by Diane Sori at 7:58 AM