Op-ed:
Round 2 is Romney’s no matter how Ms. Crowley and the msm try to FIX it
By: Diane Sori 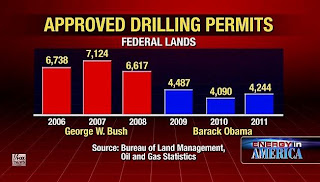 Candy Crowley needs to be fired immediately because last night she broke, for all America to see, the cardinal rule for all moderators in a presidential debate...IMPARTIALITY.  Her display of favoritism towards Barack HUSSEIN Obama was both a disgrace and a witch hunt on her part.

Sticking her nose into this debate when she had NO business doing so, Ms. Crowley directly and with malice LIED in favor of the man she supports...Barack HUSSEIN Obama.

Constantly interrupting Romney, constantly NOT allowing him to address Obama’s comments (which by the rules he was entitled to do), and worse of all out and out LYING as she twisted documented facts, she inserted herself directly into the hot point issue in the debate of when Obama finally called the attack in Benghazi terrorism.

By speaking out of line and saying that Obama did indeed tell the American people the day after it occurred that the attack in Benghazi was a terrorist attack and then rescinding that statement of hers AFTER the debate was over when it NO longer mattered, Candy Crawley became the poster child for all the liberal lefts lying deceitful agenda.

And by doing what she did Ms. Crowley outwardly aided this administration in the biggest cover-up perpetrated on the American public in recent history (this is actually bigger than Fast and Furious in scope), because Obama’s actions...ranging from his ‘Apology Tours’ to breaking the War’s Powers Clause in our Constitution to announcing to our enemies our timetable for withdrawal...have set the Middle East on fire.

Wearing her lack of impartiality on her sleeve this debate became FIXED on all accounts.  And with Ms. Crowley controlling whose questions would be asked and when, this debate was a farce from the get-go.

Mitt Romney, the undeniable expert on how to run a successful business...the man who came armed with facts and figures...was now left to fend off two persons on that stage...Barack HUSSEIN Obama AND Ms. Crowley.  Two figures ganged up on him as he tried to show America how Obama’s policies just don’t work...two figures working together in unison who tried to bring down the man who WILL be our next president, and guess what...

They failed on ALL accounts!

Continuing on to nail Obama on the economy, Romney hit him hard on the rising price of gas at the pumps pointing out how gas prices were low when he took office NOT because we were on the verge of a recession as Obama claimed, but because the economy was stable at that point.  ROMNEY also hit hard on China NOT playing by the rules, and in regards to job outsourcing. Romney drove this point home and rightly so for the simple fact is that the 35% corporate tax rate, a government initiated and implemented tax, is why businesses have gone overseas.  And Romney said he would slap tariffs and fees on China if they tried monetary manipulation.

And best of all, driving home one of his main talking points that GOVERNMENT DOES NOT CREATE JOBS, ROMNEY nailed Obama to the floor when he spoke about his cutting licenses and permits for oil and gas drilling, and how drilling on federal lands is down...way down...as Obama favors the ridiculousness of wind power over oil, gas and coal...and the jobs they create.  Romney again pledged that once in office he would build the Keystone Pipeline, drill for oil and gas both on land and offshore, and reinvigorate the coal industry.  In other words...CUT our dependency on foreign oil and CREATE jobs here in America...lots of jobs in fact.

And while Obama loves to spout off about how he has done more for women and their ‘personal’ issues, Romney answered a question about pay equity for women, an issue that is a hell of a lot more important than a women’s personal contraceptive issues.

Romney told that when he became governor, few women applied for cabinet jobs so he went out to try to recruit qualified women to serve in his administrations.

"And so we took a concerted effort to go out and find women who had backgrounds that could be qualified to become members of our cabinet," he said.  "I went to a number of women's groups and said, can you help us find folks?  And it brought us whole binders full of qualified of women."

Romney cares about women’s all important economic future NOT what should be personal issues, as Obama is just using personal issues to pander for votes and nothing else.

So the bottom line is this... while Obama was aggressive and very in-your-face combative he can’t alter his dismal record, if he even has a record at all.  And with the economy the key deciding factor for the all-important Independents, all ROMNEY has to say to them is, is "People, you now can choose to stop listening to what we say, and simply decide your vote based on our records.”