Op-ed:
Israel will do what Israel has to do
By: Diane Sori 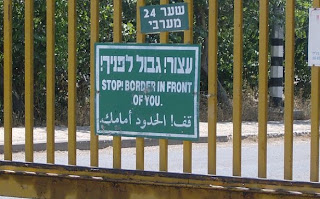 “The Syrians move chemical weapons to Hezbollah in order to enable them to launch it at us and we're the bad guys in the eyes of the world.”

So said an Israeli 'friend' as we discussed the newest developments along Israel's northern border and a simple fact was shared by us both...Israel has had enough...they are tired of living under the threats of those out to kill them.

And with the Syrian civil war spiraling out of control, Israeli officials and the Israeli media have been warning the Israeli people about increased tensions along their northern border, and that with the strong possibility of Assad's government falling, his stockpile of chemical weapons could very well fall into the hands of terrorists who are hell bent on ridding the world of the supposed Zionist regime. With that, on Wednesday, Israel launched a pre-emptive rocket strike on a truck convoy leaving Syria...a convoy that was carrying Russian made SA-17 anti-aircraft missile batteries and electronic equipment capable of disabling the GPS systems of Israeli drones...a Syrian convoy that was on its way to arming Hezbollah terrorists in Lebanon...terrorists who in turn would use those weapons to severely cripple Israel's ability to fly reconnaissance missions over Lebanon.

And while the Obama administration issued this statement through Ben Rhodes, a US deputy national security advisor, "Syria should not further destabilize the region by transferring weaponry to Hezbollah," this really means nothing and says nothing as Obama could care less what happens to Israel for these are NOT fighting words of a supposed supporter of Israel but are words said because some words...any words...were expected.

'Should not'...mild words one would use when chastising a small child NOT words one should use when defending an ally. So mild in fact that on Syrian state television a spokesperson quoted from a letter from the Foreign Ministry to the United Nations as saying that "Syria holds Israel and those who are protecting it at the Security Council responsible for the results of the attack and confirms its right to defend its land and sovereignty,"

And then out of the woodwork comes the usual cast of madmen and loons stepping forward with harsh condemnation of Israel, led off by Iraqi Prime Minister al-Maliki who warned that the "Israeli entity may attack Egypt, Iraq, Iran and other countries under the pretext of (attacking) research centers for the production of a nuclear bomb."

Under the pretext...NO pretext here as the main loon Ahmadinejad has stated on numerous occasion that his goal is to wipe Israel off the map.

So it's NO surprise that Iran stuck its two cents in by issuing a threat to Israel in the form of a deputy foreign minister saying that the "strike on Syria will have serious consequences for Tel Aviv" and a senior adviser to Ahmadinejad saying that any attack on Syria would be as an attack on Iran itself.

Talk about an outward in-your-face laying down of the gauntlet.

And of course we have an Obama buddy from Egypt, the now Muslim Brotherhood controlled Egypt, the country to which he just sent four F-16 fighter jets to (with 20 more on the way), Egyptian Foreign Minister Mohamed Kamel Amr also condemning the attack, saying "such an assault on Arab land is entirely rejected and represents a flagrant violation of the United Nations Charter and international law."

'Such an assault on Arab land'...what about all the assaults on Israeli land in the form of almost daily rocket attacks launched from Gaza...what about those assaults...

And what about any supposed violation of the UN charter...did Egypt ever really respect the UN charter or any international laws...I don't thinks so but hey, when you're an Obama bud you can pick and choose what you will follow and what you won't.


And so it begins for if any retaliation is done against Israel a war that will end all wars will begin for while Syria has a certain amount of chemical weapons and will gladly give them to Israel's enemies, rest assured that Israel will NOT sit idly by and allow its people to be gassed. Israel's counter-retaliation won't be pretty and will indeed set the Middle East on fire...literally on fire...and might I add rightly so.

And Barack HUSSEIN Obama will sit back and watch it all on TV as he did with the slaughter at Benghazi and issue orders for our military to stand down.

The time has now come to end once and for all this Arab/muslim/islamic threat of madman hell bent on eliminating NOT only Israel but any and everyone who stands in their way. Remember, the qur'an commands that they kill all the infidels and those infidels are Israel and us.
Posted by Diane Sori at 12:01 AM