Get Ready For The Death Of The Petrodollar 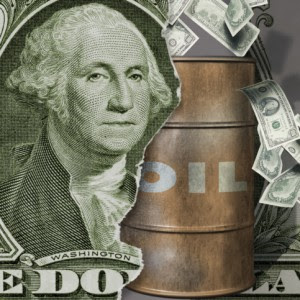 PHOTOS.COM
Even after seven years of writing macroeconomic analysis for the liberty movement and bearing witness to astonishing displays of financial and political stupidity by more “skeptics” than I can count, it never ceases to amaze me the amount of blind faith average Americans place in the strength of the U.S. dollar. One could explain in vast categorical detail the history of fiat currencies, the inevitable destruction caused by inflationary printing and the conundrum caused when any country decides to monetize its own debt just to stay afloat — often, to no avail.

Bank bailouts, mortgage company bailouts, Treasury bond bailouts, stock market bailouts, bailouts of foreign institutions: None of this seems to phase the gibbering bobbleheaded followers of the Federal Reserve cult.  Logic and reason and wisdom bounce like whiffle balls off their thick skulls. They simply parrot one of two painfully predictable arguments:
I have written literally hundreds of articles over the years dismantling the first argument, pointing out undeniable signals that include:
The second argument held weight for a short time, only because the political trends in the Mideast had not yet caught up to the financial reality already underway. Today, this is quickly changing. The petrodollar’s status is dependent on a great number of factors remaining in perfect alignment, socially, politically and economically. If a single element were to fall out of place, oil markets would explode with inflation in prices, influencing the rest of the world to abandon the greenback. Here are just a few of the primary catalysts and why they are an early warning of the inevitable death of the petrodollar.

I was recently contacted by a reader  in reference to an article I wrote concerning the likelihood of civil war in Egypt, a civil war which erupted only weeks later.

She asked why I had waited until this year to make the prediction and why I had not called for such an event after the overthrow of Hosni Mubarak, as many mainstream pundits had. The question bears merit. Why didn’t Egypt ignite with violent internal conflict after Mubarak was deposed? It seemed perfectly plausible, yet the mainstream got the timing (and the reasons) horribly wrong.

My response was simple: The Mideast is being manipulated by elitist organizations towards instability, and this instability is a process. The engineered Arab Spring, I believe, is not so much about the Mideast as it is about the structure of the global economy. An energy crisis would be an effective tool in changing this structure. Collapse in the Mideast would provide perfect opportunity and cover for a grand shift in the global system. However, each political step requires aid from a correct economic atmosphere, and vice versa.

If you want to identify a possible trend within a society, you have to take outside manipulation into account. You have to look at how economic events work in tandem with political events and at how these events benefit globalization as a whole. The time was not right after Mubarak’s overthrow. The mainstream media jumped the gun. If the target is the U.S. dollar and Egypt is the distraction, this year presented perfect opportunity with the now obvious failure of the quantitative easing stimulus paradigm at hand.

As the situation stands, the Egyptian military regime that overthrew Mohammed Morsi has completely cut the Muslim Brotherhood out of the political process and murdered at least 450 protesters, including prisoners already in custody.

Morsi supporters have responded by torching government buildings. But the real fighting will likely begin soon, as the current government calls for a ban on the Muslim Brotherhood itself.

Simultaneously, hatred for the United States and its continued support of the Egyptian power base — regardless of who sits on the throne — is growing to a fever pitch throughout the region.

It is important for Americans to understand that this is not about taking sides. The issue here is that circumstances are nearly perfect for war and that such a war will spread and will greatly damage oil markets. The Suez Canal accounts for nearly 8 percent of the world’s ocean trade, and 4.5 million barrels of oil per day travel the corridor. Already, oil prices have surged due to the mere threat of disruption of the Suez (as I predicted). And this time, the nation is not going to recover. A drawn-out conflict is certain, given the nature of the military coup in place and the adamant opposition of the Muslim population.

Strangely, there are still some in the mainstream arguing that the Suez will “never close” because “it is too important to the Egyptian economy,” The importance of the Suez is irrelevant in the midst of all-out revolution. The Suez will close exactly because there will be no structure left to keep the canal open. In the meantime, oil prices will continue to rise and distrust of the United States will continue to fester.

The relationship between the United States and Saudi Arabia is at once symbiotic and parasitic, depending on how one looks at the situation. The very first oil exploration and extraction deal in Saudi Arabia was sought by the vast international oil cartels of Royal Dutch Shell, Near East Development Company, Anglo-Persian, etc., but eventually fell into the hands of none other than the Rockefeller’s Standard Oil Company. The dark history of Standard Oil aside, this meant that Saudi business would be handled primarily by American interests. And the Western thirst for oil, especially after World War I, would etch our relationship with the reigning monarchy in stone.

A founding member of OPEC, Saudi Arabia was one of the few primary oil-producing nations that maintained an oil pipeline that expedited processing and bypassed the Suez Canal. (The pipeline was shut down, however, in 1983). This allowed Standard Oil and the United States to tiptoe around the internal instability of Egypt, which had experienced ongoing conflict which finally culminated in the civil war of 1952. Considered puppets of the British Empire at the time, the ruling elites of Egypt were toppled by the Muslim Brotherhood, leading to the eventual demise of the British pound sterling as the top petro-currency and the world reserve. The British economy faltered and has never since returned to its former glory.

On the surface, Saudi Arabia seems to have avoided the effects of the Arab Spring climate, but all is not as it seems. The defection of Saudi Prince Khalid Bin Farhan Al-Saud has brought up startling questions as to the true state of the oil producing giant.

Click on link below to see and hear interview with the Saudi Prince:
http://personalliberty.com/2013/08/20/get-ready-for-the-death-of-the-petrodollar/

I believe this defection is only the beginning of Saudi Arabia’s troubles and that America largest oil partner is soon to witness domestic turmoil that will disrupt oil shipments around the world. America’s support for a monarchy that is so brutal to its population will only hasten the end of the dollar’s use in global oil trade.

For those who doubt that Saudi Arabia is in line for social breakdown, I would ask why the nation felt it necessary to pump billions of dollars into the new Egyptian military junta.

While the country is surely being used in some cases as a proxy by the West, the Sa
udi government itself is fearful that success of dissenting elements will spread to its own borders.

Little do they understand that this is part of the globalist game plan. Without control over Saudi petroleum, the United States loses its last influential foothold in the oil market, and there is absolutely no doubt whatsoever that the dollar will fall as the petro-currency soon after. The desperation caused by such an energy crisis will make international markets beg for a solution, which global banking cartels led by the IMF are more than happy to give.

The U.S. government’s outright creation of the Syrian insurgency and its funding and armament of al-Qaida agents have understandably angered numerous Mideast nations, including Iran. Iran sits on the most vital oil shipping lane in the world: the Strait of Hormuz. About 20 percent of the world’s annual oil exports are shipped through Hormuz, and the narrow inlet is incredibly easy to block using nothing but deliberately sunken freighters. In fact, this tactic is exactly what Iran has been training for in order to frustrate a U.S./Israeli invasion.

A U.S. or NATO presence on the ground or in the air above Syria, Egypt or Iran will most likely result in the closure of the Strait of Hormuz, causing sharp rises in gasoline costs that Americans cannot afford.

Finally, just as most bilateral trade deals removing the dollar as world reserve have gone ignored by the mainstream media, so has the latest sizable oil deal between Russia and China. Russia has been contracted by the Chinese to supply 25 years of petroleum, and this deal follow previously established bilateral guidelines — meaning the dollar will not be used by the Chinese to purchase this oil.

I expect that this is just the beginning of a chain reaction of oil deals shunning the dollar as the primary trade mechanism. These deals will accelerate as the Mideast sees more internal strife and as the popular distaste for the United States becomes a liability for anyone in power.


The Dollar Is A Paper Tiger

The dollar is no more invincible than any other fiat currency in history. In some ways, it is actually far weaker than any that came before. The dollar is entirely reliant on its own world reserve status in order to hold its value on the global market. As is evident, countries like China are already dumping the greenback in trade with particular nations. It is utterly foolish to assume this trend is somehow “random” rather than deliberate. Foreign countries would not be initiating the process of a dollar dump today if they did not mean to follow through with it tomorrow. All that is left is for a cover crisis to be conjured, and existing tensions in the Mideast signal a pervasive crisis in the near term.
Posted by Diane Sori at 11:25 AM