Don’t Let Obama Get Away With It 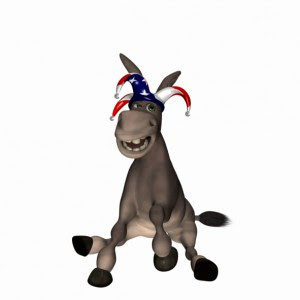 PHOTOS.COM
The funniest editorial cartoon I’ve seen this week shows a White House aide talking to Barack Obama in the Oval Office. In the first panel, he says, “The focus now shifts from the Republicans’ poorly thought-out plan to defund Obamacare.”

And the second panel concludes, “… to our poorly thought-out plan to implement it.”

Can you believe what a disaster the launch of the badly misnamed Affordable Care Act is turning out to be? It seems that the reality is even worse than many critics predicted.

Now the Democrats are scrambling to figure out how to keep the whole mess from causing even more damage, such as losing control of the Senate in next year’s elections. Faced with the massive unpopularity of the scheme, the last thing on Earth the Democrats want is for Obamacare to be the key issue in those elections. Let’s make sure it is.

Obama gave a press conference in the White House Rose Garden this past Monday, to promise that things would get better. There were 13 smiling people lined up behind him, all of them said to be shining examples of how successful his healthcare plan could be.

Guess what? Turns out that none of them had actually purchased health insurance through Obamacare. In fact, only three of them had even completed the application process.

These dismal numbers should come as no surprise. The Washington Post reports that while 4.7 million people tried to log on to Healthcare.gov, the official website for Obamacare, in the first 24 hours after it opened, fewer than 10 people — that’s right: 10 people — actually succeeded in buying health insurance.

Consumer Reports, the respected product-testing company, says that of 9.5 million people who attempted to register in the first week, only 271,000 were able to do so. And “register” doesn’t mean they bought health insurance. No, it only means they were patient enough and determined enough to navigate an unbelievably complicated, confusing and error-prone application process.

Meanwhile, in Florida some 300,000 customers of Florida Blue are being notified that their health insurance is being cancelled and that they need to sign up for Obamacare. In California, Kaiser Permanente sent similar notices to 160,000 people — half of the number it used to insure. In Pennsylvania, Independence Blue Cross says it will cancel about 45 percent of its policyholders there. The same thing is happening in State after State.

It now appears that more people are going to lose the health insurance they have than will buy new policies under Obamacare. So much for Obama’s promise that “if you like your health insurance, you can keep it.”

After analyzing the problems with the ObamaCare website, Consumer Reports offered this startling advice to its readers: “Stay away.” Because of all the software glitches, the magazine said that readers should not try to use the Healthcare.gov website “for at least another month, if you can.” And it added, “Hopefully that will be long enough for its software vendors to clean up the mess that they’ve made.”

Sure thing. In that Rose Garden pep talk, Obama said, “Nobody’s madder than me about the fact that the website isn’t working as well as it should, which means it’s going to get fixed.”

But how soon? And at what cost?

Two years ago, when CGI Federal, an information technology firm, was awarded the contract to build the website, it estimated that costs could be as high as $93.7 million to get it up and running. Now, the Government Accountability Office says that we taxpayers have poured out more than $390 million, with millions of dollars more still to be spent. The GAO estimates that another $150 million has been spent on administrative costs associated with implementing Obamacare.

That’s more than half a billion dollars in taxpayer funds that the Obama Administration has squandered so far in perpetrating this job-killing boondoggle on the American public.

To put these numbers in perspective, consider that it took Facebook over six years, from 2004 to 2010, to reach total expenditures of $500 million. During that time, it grew to several hundred million active users. (It now has more than a billion.)

Twitter, which handles more than 340 million tweets a day, operated from 2006 to 2011 with just $360 million in funding. LinkedIn and Spotify, two other hugely popular networking sites, have raised just $200 million and $288 million, respectively.

But this is government we’re talking about. It is any surprise that it costs so much and performs so badly?

Now come reports that government officials knew the Obamacare site wasn’t ready. The Washington Post reports that when the site was tested, several days before the official launch: “It crashed after a simulation in which just a few hundred people tried to log on simultaneously.”

Mike Barnicle of MSNBC, which can usually find no fault with the President, sounds like a Personal Liberty contributor in his interpretation of what’s going on. “They’re lying about it now,” he says.

“They’re not depriving us of information, they are outright lying.”

The Wall Street Journal says the catastrophe is the result of deliberate decisions by the Obama Administration. “This isn’t some coding error, or even the Health and Human Service Department’s usual incompetence,” the paper editorialized. “The failures that have all but disabled Obamacare are the result of deliberate policy choices, which HHS and the White House are compounding with secrecy and stonewalling.”

Remember when Health and Human Services Secretary Kathleen Sibelius said that the reason the servers were crashing all of the time was because of unexpectedly high demand? She called it “a great problem to have.”

Now her biggest assignment is to protect her boss from the catastrophe that is taking place. She wants us all to believe he had no way of knowing how quickly things would go so badly.

Human Events senior writer John Hayward calls this “the Incompetence Defense.” He says that’s what happens “when embattled officials insist they are blameless because they were clueless. They had no idea what their underlings were up to.”

Faced with this growing embarrassment, you can expect the powers-that-be to offer the same solution to the Obamacare fiasco that they did to their last contrived crisis, the debt-ceiling debacle: Kick the can down the road.

Obama has already delayed the employer mandate in Obamacare by a year, even though there was no authority in the Constitution or the hugely unpopular law for him to do so.

Expect him to do so again for the individual mandate. But this time, many in Congress, on both sides of the aisle, say they’ll go along with him. Even Marco Rubio (R-Fla.) has said he’ll offer legislation to delay the implementation of Obamacare for a year.

Conservatives should refuse to go along with this — not if we want Obamacare to be the deciding issue in next November’s elections. And what better? One-third of the Senate (including some very vulnerable Democrats) will face the voters then, along with every member of the House.

Let’s make those elections a massive referendum on this disastrous government takeover of our healthcare system. A majority of voters say they don’t like Obamacare. And that they want to toss out every incumbent in Washington. Let’s give them a chance to do so.

Until next time, keep some powder dry.