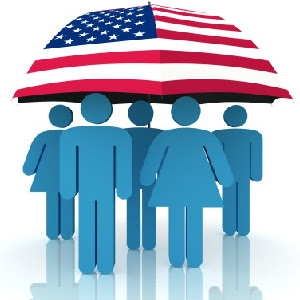 PHOTOS.COM
The Obamacare deathcare system has imploded, and the continuing narrative continues to be that the regime is working to “fix the problem.” Nothing could be further from the truth.

The apparently flawed law is doing what its designers intended. It’s blowing up the private health insurance market — which was already a morass of bureaucratic and regulatory argle-bargle and inefficiency — and driving the country, inexorably, toward a single-payer socialist/fascist healthcare system one unConstitutional “regulatory” change at a time (at least 14 of them so far).

Central planning progressives, by word and deed, have long expressed their desire for a single-payer redistributive healthcare system. Obamacare has essentially accomplished that, while preserving the insurance companies as “middle men.” Insurance companies bought into the scheme because, rather than having to battle over customers and depend upon individuals to pay their premiums, they preferred the idea of a captive consumer pool and premium payments guaranteed by the Federal Treasury.

One by one, Health and Human Services Secretary Kathleen Sebelius’ regulatory tweaks and President Barack Obama’s exemptions are removing payers from the system. They’ve created a regulatory jumble that has forced insurers to drop millions of policies that people were happy with in order to lump them into a one-size-fits-all box.

Premiums are high, deductibles are higher and the failure of Healthcare.gov and State exchange websites has rendered the redistributive “healthcare subsidies” incomprehensible. The few people who want to sign up can’t. The so-called millennials, upon whom the system depended as a foundation, are rejecting the scheme entirely, choosing instead to pay the penalty and sign up only if they get sick rather than subject themselves to the theft.

With no one left to pay into the system via premiums, insurance companies will howl for a bailout.

They’ll be considered too big to fail. Then government will do what governments always do: print more money, raise taxes on the middle class and take over the whole the system that it purposely crashed. It’ll ration care, stifle innovation, remove healthy choices and lock people into Dr. Ezekiel Emanuel’s dream world, where people aren’t people at all unless they’re functioning contributors to society.

This will put people’s health in the hands of mind-numbed bureaucrats and automaton state doctors who march in lockstep to the collectivist system upon which their livelihood depends.
Posted by Diane Sori at 8:05 AM