Disease...illness...epidemic...words that make most people cringe and rightly so for NO one enjoys being sick. Thankfully, in America most major communicable diseases have been if NOT eradicated at least held down to a minimum with isolated pockets popping-up sporadically here and there thanks to childhood vaccines and adult booster shots. And I am NOT talking about the usual garden variety of winter and summer illnesses...the common cold, simple uncomplicated flu, food poisoning, and such...but I mean the hardcore stuff...diseases that can send people to the hospitals en masse...or worse...to the morgue.

I am however talking about diseases that are endemic to other countries that are now being brought back into our country by this newest ILLEGAL influx of children causing an entire generation of America's children having NO immunities to them facing exposure and being infected by them. Remember, as certain childhood diseases became for the most part eradicated...diseases like measles, mumps, chicken pox, polio, whooping cough, etc...parents started to become lax about immunizing their children, especially with all the misinformation out there that this shot causes autism...that shot causes something else...without even thinking through the reality about how many lives have been saved because of immunizations. These parents forget that every immunization, every medicine... even something as simple as aspirin...can cause devastating effects...even death...in those allergic to them. But the numbers hurt by vaccines and meds are small compared to the overwhelming numbers of those helped.

And these children now entering our country are NOT just bringing the usual childhood diseases with them but are bringing the 'nasty' ones...the ones that can indeed cause epidemics or worse... pandemics...diseases like tuberculosis, leprosy, cholera, smallpox, and even bubonic plague. And let's NOT forget the older ones bring herpes, gonorrhea, and other sorts of sexually transmitted diseases with them too...strains of these diseases resistant to the current generation of antibiotics in use in this country today.

And the bottom line in this latest influx of children...and the adults currently crossing as well...is that for all intents and purposes a potential public health crisis has now been amassing along our southern border. Two cases in point...drug-resistant TB is spreading rapidly with several counties in southern Texas reporting twice the usual average number of cases, and Dengue fever has been detected this year in southern Texas for the first time since 2005. And while Dengue fever can be deadly even when treated, it's especially deadly when left untreated...when left ignored to spread.

All that I have stated above is a medical observation on my part, now here is an observation that is even more scary...as these sick children are crowded into cramped makeshift detention centers...centers conducive to spreading infectious diseases...they do indeed spread the diseases they carry amongst those who were NOT previously sick, thus increasing the number of children now sick who in turn will spread these diseases even further...as in via the number of sick and contagious children that are being sent to cities all over our country increases.

And the Obama sanctioned dispersing of these sick children is the key element here...an element NOT seen before in regards to those entering our country either LEGALLY or ILLEGALLY. Remember, in the past when immigrants arrived sick they were immediately turned away and sent back home or they were sent to sanatoriums until they were well enough to enter the general population. But now under Obama's new rules regarding ILLEGALS...who are treated better than those LEGALLY entering our country I might add...the sick are being dispersed across our country to spread their diseases to a now susceptible American population...and of course to increase the Democratic voting base for children, as we know, do grow up to vote. 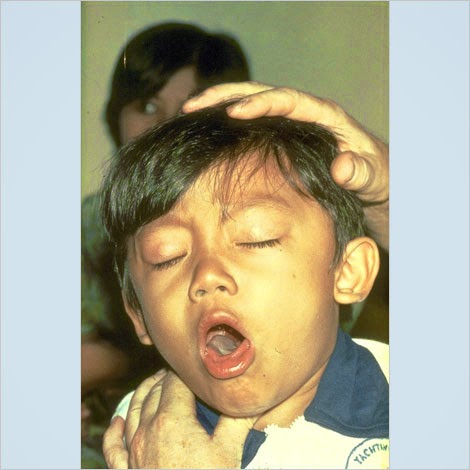 And let's be honest here...when LEGAL immigrants enter our country they are required by law to receive a medical exam, and must show proof of vaccination for measles, mumps, rubella, polio, tetanus, diphtheria, pertussis (whooping cough), and a host of other communicable diseases. But with the ILLEGALS now entering our country...who are given what amounts to two aspirin and a bus pass to a city within the 100-mile Constitutional Free zone where they cannot be deported...they have been set free to spread their assorted nasties to an unsuspecting and unprotected population who then will be forced to seek medical help, but who will most likely be turned down for treatment because they don't meet the ObamaCare rules governing who can receive medical treatment for what disease and who can't.

And even when ILLEGALS do receive medical exams at the border the screening they receive is NOT up to the same standard of what LEGALS are subjected to, making those doing the screening ineffective at controlling the spread of disease. And why...because there are just too damn many of 'them' coming...and NOT enough doctors and nurses to treat 'them' effectively. And let's NOT forget the simple fact that Obama and the Democrats do NOT under any circumstances want 'them' turned away and sent back...especially the children...because they dare NOT stem the tide of much needed future Democratic voters who will help ensure a Democratic voting bloc for many years to come. 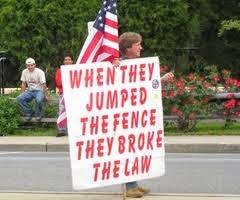 So while YES I am being somewhat sarcastic, but even with sarcasm there is much truth in what I say. First, it's a fact that ICE isn’t screening for infectious diseases, relying instead on self-reporting...meaning relying on criminals...and YES the very way these people, including the unaccompanied children, enter our country ILLEGALLY does make them criminals...relying on them to voluntarily give up the information that they're sick. And know these people will NOT do that out of fear of then being detained and sent back to whence they came.

And know that it's a fact that these sick children are indeed being sent to major cities all across our country...cities like New York City, Los Angeles, Boston, and Miami amongst many others where they will again be living in close quarters, coughing, sneezing, and hacking on both each other and those attending to them who will leave these centers at the end of the day and spread the nasties they now carry out to those they come in contact with.

And the cycle of spread continues on growing by leaps and bounds on a daily basis.

And lest we forget another very important fact...the sheer number of ILLEGALS now entering our country. This cannot be stressed enough for their very number is what we should fear the most for there is and has always been strength in numbers. And if Obama has his way the sheer number of those entering ILLEGALLY...who he will in turn give LEGAL status to courtesy of his pen and his phone...could forever change the political complexion of America, and NOT for the better for these people now entering ILLEGALLY have their hands out to rape America's welfare and healthcare systems, and it will be 'We the People' who will end up paying for them...for their upkeep and medical care...for generations to come.

And it will be 'We the People' who will see our children and even us infected with diseases we long thought had been vanished from our shores a generation ago.

Thanks Obama...you've screwed America yet again.
Posted by Diane Sori at 12:00 AM