Hiding their bombs and rocket launchers in residential areas, in schools, in hospitals, in all areas civilian, these barbaric stains on humanity do NOT care how many of even their own are killed as they use women, children, and the elderly as human shields.

And so Israel is doing what’s necessary to survive even as the Gaza death toll now tops 600 after two weeks of Israel kicking Hamas butt, while the U(seless) N(ations) in tandem with Israel's greatest enemy...Barack HUSSEIN Obama...pushes hard for yet another cease-fire that we all know Hamas will NEVER honor let alone agree to. And with Obama's bloviating mouthpiece John 'Swiftboat' Kerry now in Cairo, and with UN Secretary General Ban Ki Moon also in Cairo, Hamas has already issued statements that they will NOT accept any unconditional cease-fire NO matter that Moon recently said it is his "hope and belief" that his emergency mission to the Middle East will lead to an end to the fighting between Hamas and Israel "in the very near future." 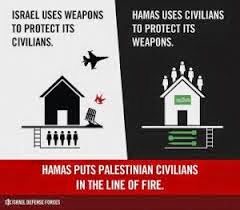 Now add in that Obama has promised Gaza...translating into promising Hamas... $47 million dollars in supposed humanitarian aid...humanitarian aid paid for with our tax payer dollars I might add...the situation for Israel has gone from bad to worse as Kerry...the 'wanna be' somebody whom Obama calculatingly put into the position of Secretary of State so as to deliberately accomplish nothing...has been told to tell both sides that Obama wants...Obama demands...an "immediate cessation of hostilities" as per the 2012 anything but a cease-fire.

Boy was that a cease-fire brokered in hell as Hamas and its cronies have continuously lobbed rockets into Israel almost on a daily basis since that supposed "immediate cessation of hostilities" took place two short years ago. And since when does America's 'enemy within' and Israel's 'enemy from afar' have a right to demand anything from Israel...or from any other country for that matter.

And adding to his bloviations that Obama has "serious concerns about the number of Palestinian deaths," what Kerry and his boss do NOT understand or understand but turn a blind eye to is the concept and meaning of collateral damage. Collateral damage...civilian casualties if you will...is an integral part of war. Collateral damage is what ends wars...is what forces an enemy to their knees. Collateral damage turns the tide of war, and if you don't want collateral damage then don't go to war...it is that simple. And if you don't want collateral damage if you do decide to go to war at least don't hide your weapons amongst the civilian population...and don't use civilians as human shields. Only cowards do that and for all their bravado Hamas and their ilk are NOTHING but sniveling cowards who hide behind the skirts...or should I say the burkas...of women and thrust children before them in battle... children who are forced to take the bullets for them.

Oh what a fine example of manhood these muslim bast*rds are NOT.

And so Hamas has, as expected, rejected the Egyptian ceasefire proposal that Palestinian President Mahmoud Abbas, the Arab League, Israel, the EU, and the U.S. have accepted. Saying their rejection is based on the grounds that it does NOT meet their demands and their conditions...as in the lifting of the Israeli blockade they (erroneously) say has kept the 1.8 million Palestinians in Gaza subjected to what they deem a cruel and life-destroying siege...thankfully new Egyptian President Abdel Fattah el-Sisi supports Israel, thus making it clear that he is NOT buying into Hamas' claim that the cease-fire and ensuing aftermath would keep the status quo and NO more.

And I hate to tell Hamas...NO...I actually like to tell Hamas...that BiBi will NEVER agree to any demands made by them and rightly so for one cannot make deals with the devil...and Hamas and their ilk are as close to the devil as one can get. And with Israel now confirming that one of its soldiers is missing NO deal will ever be made, especially after Hamas supporters are the ones who killed the three Israeli teenagers just a few short weeks ago.

But as bad as things seem right now, heaven help Israel if Hillary ever became president for she will continue on in Obama's footsteps...for she, like him, sides with terrorists and against Israel, as witnessed by her calling the Jewish state an “occupying force in Palestine,” insinuating that Hamas is a group of rebels fighting for the noble cause of freedom. News flash...they are NOT.

Remember too that it's Hamas who NEVER stopped firing rockets into Israeli population centers NOT the other way around. And with Israel and Jordan living in peace with each other, and with Israel and Egypt forging a new relationship with each other, the timing of this newest altercation seems a bit too convenient as the world is forced...is manipulated...into looking at Israel as the aggressor, and into looking at Russia as the 'supposed' shooter in the downing of the Malaysian plane, and is forced to do so just as the clock ticks down and runs out on the six month deadline for a nuclear deal with Iran...more on that in few days from now.

So let's be clear here folks, when all the smoke is cleared away the bottom line remains that Israel must NOT make any more compromises with those out to wipe them off the map. There must be NO cease-fire until Gaza and Ramallah are either destroyed or brought to their knees in surrender or Israel will have to live through this hell again in a matter of a mere month's time, if NOT in a few hours or in a few days time.

And that Israel can NO longer afford to do.