According To The Federal Government, There’s No Such Thing As Islamist Terrorism 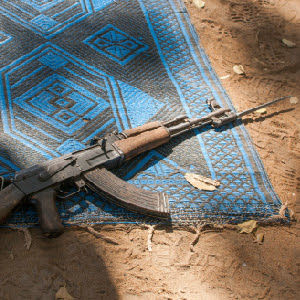 THINKSTOCK
As violent Islamic extremists in the Middle East vow to bring bloodshed to the U.S. homeland, the federal government continues its politically correct willful ignorance of the threat radical Islam poses to the well-being of American citizens.

“The ambition to create an extremist caliphate in the heart of Iraq and Syria is a threat to our own security here in the UK,” he said.

Cameron also spoke of the challenges related to responding to a terrorist threat rooted in religious extremism.

“This threat cannot be solved simply by dealing with perceived grievances over Western foreign policy,” he said. “Nor can it be dealt with by addressing poverty, dictatorship or instability in the region — as important as these things are.

“The root cause of this threat to our security is quite clear. It is a poisonous ideology of Islamist extremism that is condemned by all faiths and faith leaders.”

The British actions and willingness to admit that Islamic extremism is a major threat contrast sharply with the stance that American officials have taken in conversations about ISIS.

Last week, Gen. Martin Dempsey, chairman of the Joint Chiefs of Staff, said that there was no indication that ISIS is plotting attacks against the U.S.

“I can tell you with great clarity and certainty that if that threat existed inside of Syria that it would certainly be my strong recommendation that we would deal with it,” he said. “I have every confidence that the president of the United States would deal with it.”

Officials at the U.S. State Department have taken a similar stance, claiming that there was no indication that ISIS is religiously motivated or bent on attacking the U.S.

“This is not about [ISIS] versus the United States,” State Department spokeswoman Marie Harf said.
“They are killing anyone who gets in their way: Sunnis, Shia Muslims, Christians, Yazidis, Iraqis, Syrians, anyone who gets in their way — and now an American.”
“So this is not about what the United States is or isn’t doing,” Harf continued. “This is about [ISIS] stated a commitment to murder, rape, enslave people who don’t agree with their ideology and who get in their way.”

She later added, “[T]hey can say whatever they’d like, but what I am making clear is that’s not what [ISIS] represents. And they don’t represent any religion. They are at war with everybody they come into contact with.”
Posted by Diane Sori at 10:31 AM