COLLEGE ADMISSIONS SCANDAL: LIFESTYLE OF THE RICH AND INFAMOUS -
After a frenzied few hours in which federal authorities made several high profile arrests -- and outlined a top-secret investigation into an alleged scam involving rich and famous clients paying millions to a network of counselors and coaches to ensure their privileged children be granted admission to some of the country’s most prestigious colleges -- a judge said Tuesday that jailed actress Felicity Huffman, accused of paying a bribe to help get her daughter into a top school, was eligible for release on $250,000 bond ... Huffman and "Fuller House" star Lori Loughlin, headline a veritable who's who of the rich and powerful charged in the bombshell case. College coaches and others are among the reported 50 people charged with racketeering, conspiracy and more in a case that has implicated schools such as Wake Forest University, Georgetown and the University of Southern California.

Federal investigators said the coaches accepted bribes in exchange for admitting students as athletes, regardless of their ability. Investigators said parents would pay a predetermined amount to college entrance consultant William "Rick" Singer, who then would give the funds to coaches, SAT or ACT administrators. Singer, 58, has been called the "ringleader" behind the scheme. He agreed to plead guilty in Boston federal court Tuesday to charges including racketeering conspiracy and obstruction of justice. 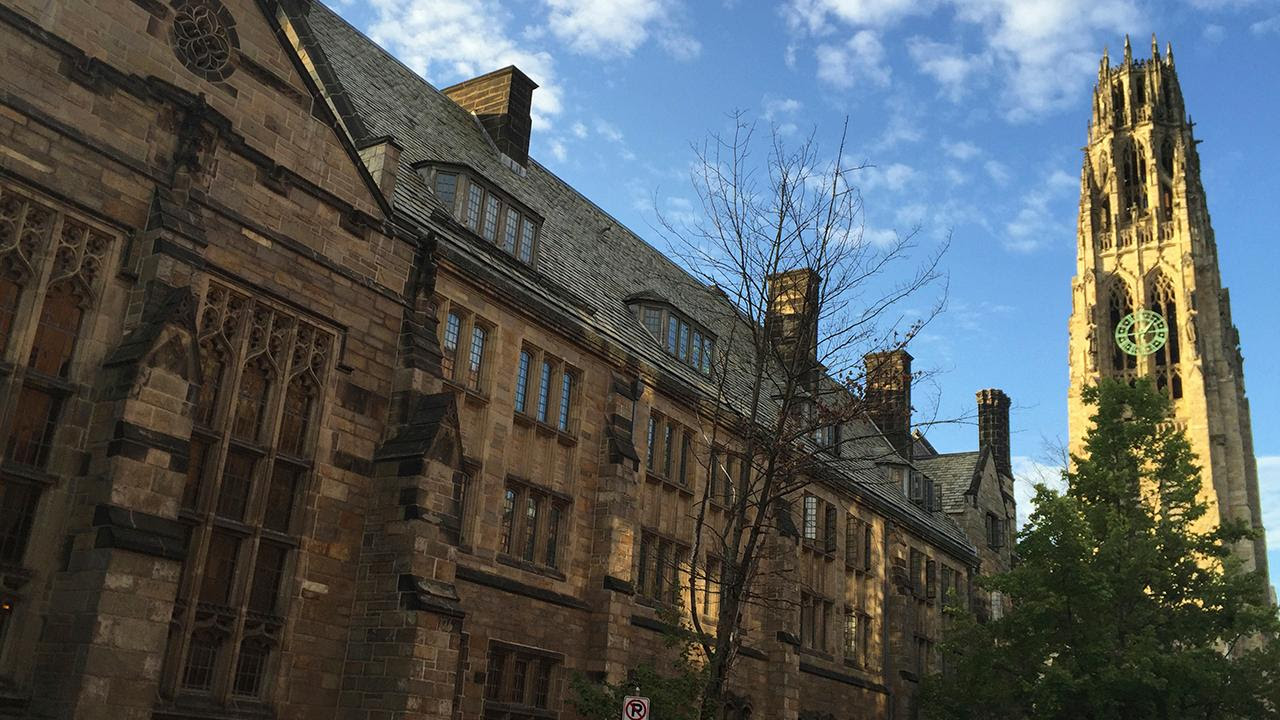 The alleged bribes ranged from several thousand dollars to $6 million. For example, documents alleged that Loughlin and her famed fashion designer husband, Mossimo Giannulli "agreed to pay bribes totaling $500,000 in exchange for having their two daughters designated as recruits to the USC crew team – despite the fact that they did not participate in crew – thereby facilitating their admission to USC." The cheating scandal rocked Hollywood on Tuesday as federal prosecutors outlined their case - and famed legal scholar Alan Dershowitz predicts it could be even more widespread.
CLICK HERE TO GET THE FOX NEWS APP.
'INSURANCE POLICY' AGAINST TRUMP DETAILED: House Judiciary Committee Republicans on Tuesday released hundreds of pages of transcripts from last year's closed-door interview with ex-FBI attorney Lisa Page, revealing new details about the bureau's controversial internal discussions regarding an “insurance policy” against then-candidate Donald Trump ... Page first entered the spotlight in December 2017, when the Justice Department inspector general disclosed that she and then-FBI Special Agent Peter Strzok exchanged numerous anti-Trump text messages. Among their texts was one concerning the so-called "insurance policy." During her interview with the Judiciary Committee in July 2018, Page was questioned at length about that text -- and essentially confirmed this referred to the Russia investigation.
In response to the release of the Page transcripts, Rep. Doug Collins, the top Republican on the House Judiciary Committee, vowed to Fox News' Sean Hannity on Tuesday night that he would reveal to the American people the double standard within the Justice Department in its handling of the investigations involving former Secretary of State Hillary Clinton and President Trump. 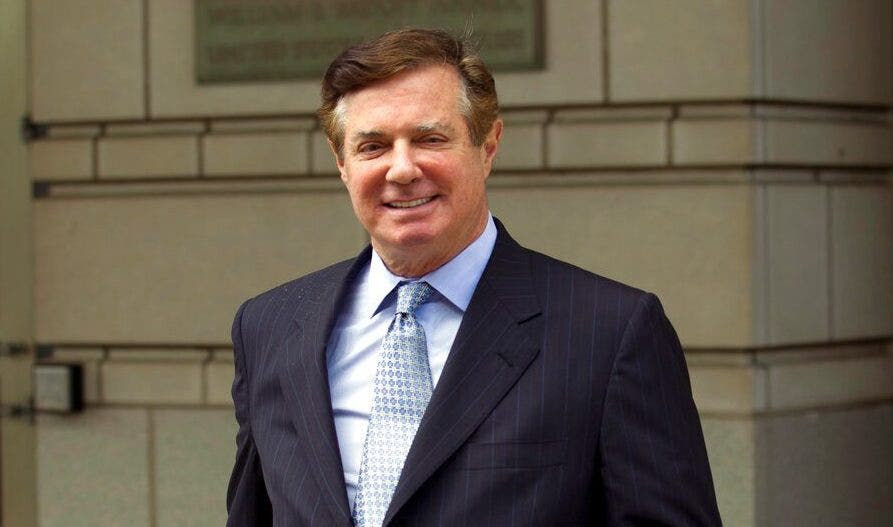 MANAFORT FACES ANOTHER SENTENCING: Former Trump campaign chairman Paul Manafort on Wednesday faces his second federal sentencing this month, as Special Counsel Robert Mueller pushes for him to receive 10 additional years in prison on top of the 47-month term issued less than a week ago by Virginia Judge T.S. Ellis ... Two key questions remained lingering and unanswered in the hours leading up to the hearing. First: will Obama-appointed Washington, D.C., Judge Amy Berman Jackson allow Manafort to serve whatever sentence she gives him concurrently with that 47-month term? And second: Will President Trump, who has long characterized Mueller's Russia probe as a partisan "witch hunt," eventually pardon Manafort, or commute his sentence, regardless of what Jackson does?
BREXIT IN FLUX: British Prime Minister Theresa May's Brexit deal was given another thumping defeat in Parliament on Tuesday, despite her last-minute efforts to secure concessions from EU leaders -- leaving the state of Brexit far from clear, just weeks before Britain is set to leave the bloc ... The withdrawal agreement, hashed out with European leaders in 2018, was defeated 391-242, despite a dramatic, last-minute trip to Strasbourg by May on Monday, after which she declared she had secured legally binding changes to the deal in an effort to appease parliamentarians. It was the second such defeat for the bill, after it was rejected 432-202 in January -- the largest defeat for a prime minister in the history of the House of Commons. 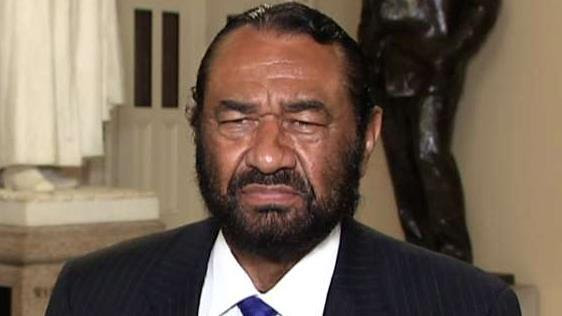 IMPEACHABLE BIGOTRY - "The president has put his bigotry into policy. The president was discussing immigration at the time he called certain countries s-hole countries and I might add these are countries where people of color were. The president has separated people from their families down at the border. These happen to be people of color. The president wanted a Muslim ban, it was bungled, and they had to come back several times to try to correct it. … The president is imposing bigotry in policy on the country." – U.S. Rep. Al Green, D-Texas, on "Your World with Neil Cavuto," explaining why he wants to bring the proposal of impeaching President Trump to a vote, despite reluctance from House Speaker Nancy Pelosi.
TODAY'S MUST-READS
Ocasio-Cortez accuses stunned Wells Fargo CEO of financing the 'caging' of children.
Sandmann, family sue CNN for $275M in Covington Catholic controversy
Washington Post opinion writer: 'Nancy Pelosi just blew it on impeachment.'
MINDING YOUR BUSINESS
Boeing struggles to contain 737 MAX fallout as more countries suspend service.
Dick's to stop selling guns in 125 stores amid sales drop from ban.
Gwyneth Paltrow says Amazon's Jeff Bezos is no mentor to her.
STAY TUNED
On Fox Nation:
America's Preacher: The Rev. Billy Graham,
Fondly remembered as "America's Preacher," the Rev. Billy Graham reached millions of people through crusades all over the world. This moving special explores the spiritual leader’s incredible six-decade career. Watch a preview of the show now.
Not a subscriber? Click here to join Fox Nation today!
Fox Nation is a subscription streaming service offering daily shows and documentaries that you can’t watch anywhere else. Watch from your phone, computer and select TV devices.
On Fox News:
Fox & Friends, 6 a.m. ET: Special guests include: Dr. Oz debunks new myths about keto diets; former U.S. Rep. Jason Chaffetz, R-Utah, and Fox News contributor; Christian music singer Steven Curtis Chapman performs.
Your World with Neil Cavuto, 4 p.m. ET: Special guests include: House Majority Leader Steny Hoyer, D-Md.
On Fox Business:
Mornings with Maria, 6 a.m. ET: Special guests include: Daniel Lubetzky, founder and CEO of snack company Kind LLC.
Varney & Co., 9 a.m. ET: Special guests include: John Chen, executive chairman and chief executive officer of BlackBerry Ltd.
On Fox News Radio:
The Fox News Rundown podcast: "Pelosi Pulls Back on Impeachment" - In an interview with the Washington Post on Monday, House Speaker Nancy Pelosi voices opposition to impeaching President Trump, saying it would divide the country and that she would need sufficient evidence. Juan Williams, co-host of "The Five," weighs in. Santa Anita Park, a thoroughbred racetrack in California, has reopened its main training track following the deaths of 21 horses in three months. Richard Shapiro, former chairman of the California Horse Racing Board, PETA Senior Vice President Kathy Guillermo and Mike Willman, Santa Anita's publicity director, discuss the deaths and how to prevent this from happening again. Plus, commentary by Peggy Grande, former executive assistant to President Ronald Reagan.
Want the Fox News Rundown sent straight to your mobile device? Subscribe through Apple Podcasts, Google Play, and Stitcher.
The Brian Kilmeade Show, 9 a.m. ET: The college admissions scandal, the 2020 presidential race and ex-FBI lawyer Lisa Page's testimony about the "insurance policy" against Trump will be the big topics discussed by Brit Hume, Fox News senior political analyst; former Rep. Allen West, R-Fla.; Charles Hurt, Washington Times columnist and Fox News contributor; Stu Varney, "Varney & Co." host.
The Todd Starnes Show, Noon ET: Todd Starnes speaks with U.S. Rep. Louie Gohmert, R-Texas, about the funds for border security in President Trump’s budget.
#TheFlashback
1980: Ford Motor Co. Chairman Henry Ford II announces he is stepping down, the same day a jury in Winamac, Ind., finds the company not guilty of reckless homicide in the fiery deaths of three young women in a Ford Pinto.
1975: The first Chili's restaurant is opened in Dallas by entrepreneur Larry Lavine.
1964: Bar manager Catherine "Kitty" Genovese, 28, is stabbed to death near her Queens, N.Y., home; the case gains notoriety over the supposed reluctance of Genovese's neighbors to respond to her cries for help.
Fox News First is compiled by Fox News' Bryan Robinson. Thank you for joining us! Have a good day! We'll see you in your inbox first thing Thursday morning.
Posted by Diane Sori at 6:47 AM